Salford City College Apprentice, Zac Challinor, has been announced as Adult Apprentice of the Year. The winner was revealed at the AOC (Association of Colleges) Annual Awards Conference in Birmingham, sponsored by Reed. Zac will now attend the winner’s reception in December at the House of Commons.

Zac has undertaken a complete personal and professional transformation to pursue a career in the education sector. He is in the middle of his Level 3 Advanced Apprenticeship in Support and Learning in Schools, working at The Albion Academy and doing his assessments with Salford City College. Every day he gives support to other Salford students so that they can have the same opportunities as what Zac has had on his career journey.

Zac attended the awards dinner with his Mum who was so proud to see him win, and they were accompanied by CEO/Principal John Spindler, and Vice Principal, Saf Arfan. Zac was invited to the stage to receive a stunning glass trophy, a certificate and a cheque.

Zac’s life has changed for the better because of education. He was approached by Jo Fisher, from Footlights Theatre Company, based in Manchester to discuss his story about the Salford riots. The production, presenting both his and others’ stories about the events of 2011, was held at The Lowry Theatre across three days. The aim of the project was to present the different backgrounds of the people involved in these riots, whilst breaking down the barriers surrounding the stereotypes often associated with those involved.

Following the success of the production, Martin Hall, then Pro Vice Chancellor of University of Salford, visited Zac to discuss the opportunity of an apprenticeship, working in a school in Salford with young people who needed additional support and guidance.  After meeting the Principal, Jenny Langley, Zac became aware of the impact he could have on the young pupils at The Albion Academy.

From being given this opportunity, Zac strives for success, as he doesn’t want to disappoint those who have given him these chances and wants to achieve his best for himself and his family, including his daughter. Zac hopes that other people, in situations similar to himself, are given the opportunities he has received and is grateful to those who have put their trust in him. He has exceeded all of the expectations and proved himself by engaging with these young people who have the upmost respect for Zac.

Zac’s story has touched many people over the last couple of years, including the staff at Salford City College who are very proud to have worked with Zac on his journey.  Debbie Ward, Director of Apprenticeships & Community Learning said, “Zac is absolutely deserving of this prestigious national award of Adult Apprentice of the Year at the AOC. His attitude and achievements make him a credit to both himself and his employer and he is doing an amazing job at The Albion Academy, where he is making a real difference to the lives of the young people he is working with. Zac called me last night just after the award was presented, and was delighted. He thanked the college for our support and in particular his Assessor, Karen Jones.”

AoC President, Ian Ashman said, “This year’s nominations for the Student of the Year Awards were of an exceptionally high standard and it is both humbling and heart-warming to see the impact that further education has on the lives of so many of its students. Zac’s determination, spirit and motivation are truly inspiring…” 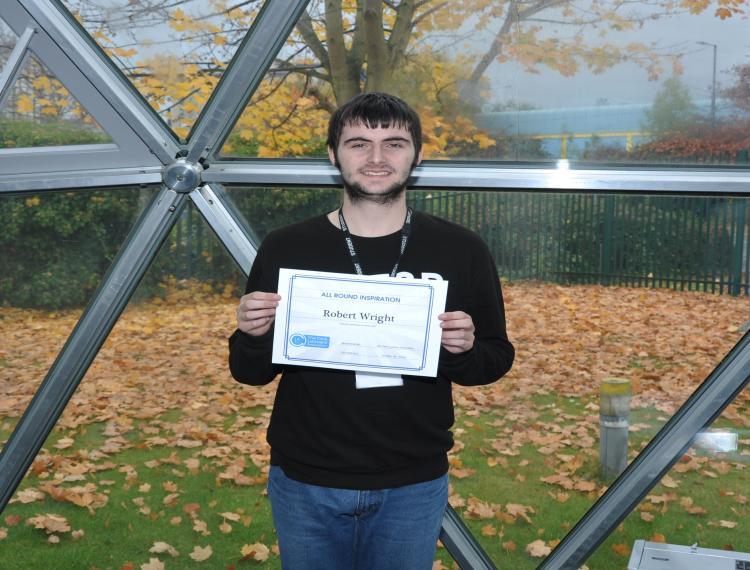 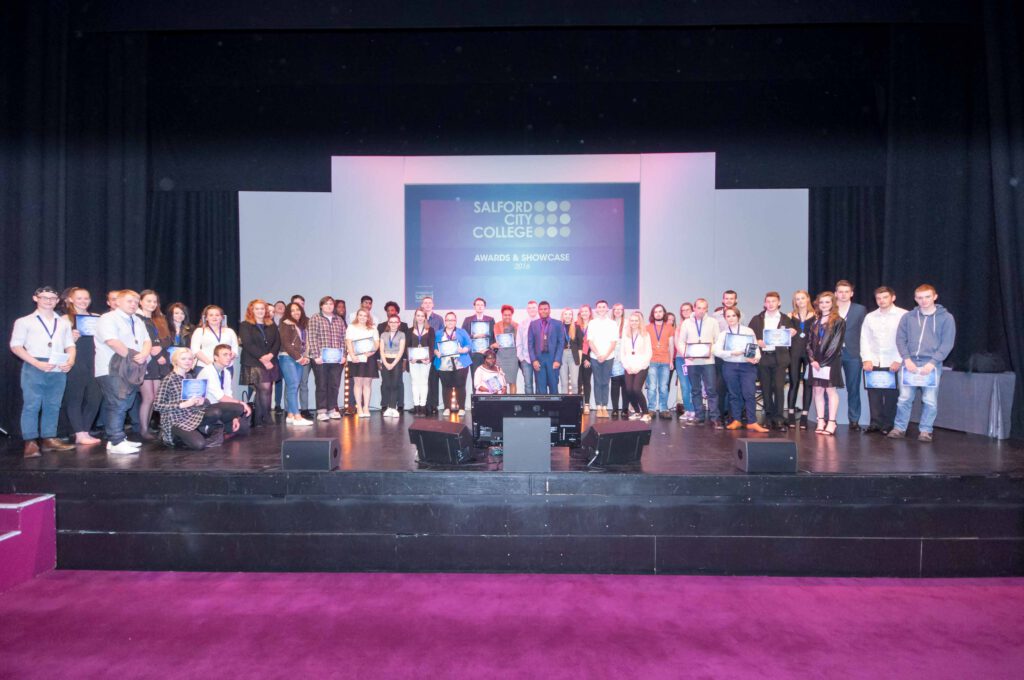 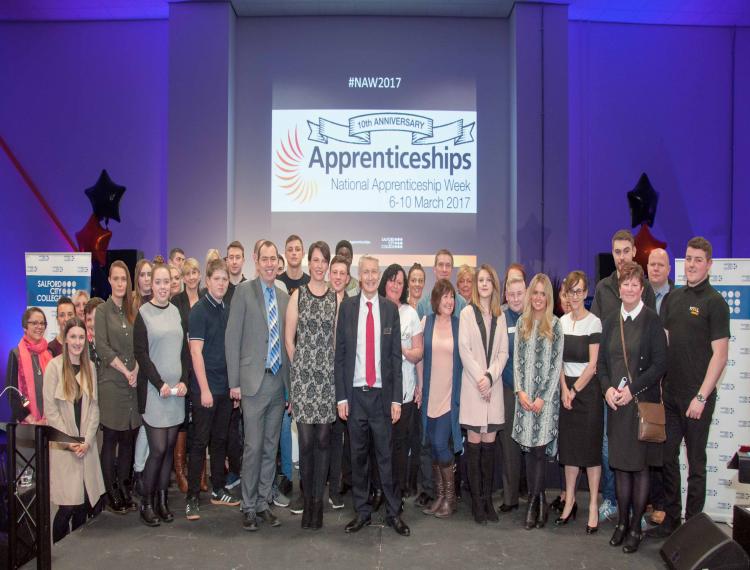 On Thursday 9 March, Salford City College held its highly anticipated annual Apprenticeship Awards Evening at FutureSkills @MediaCityUK. The awards recognised some of the region’s most… 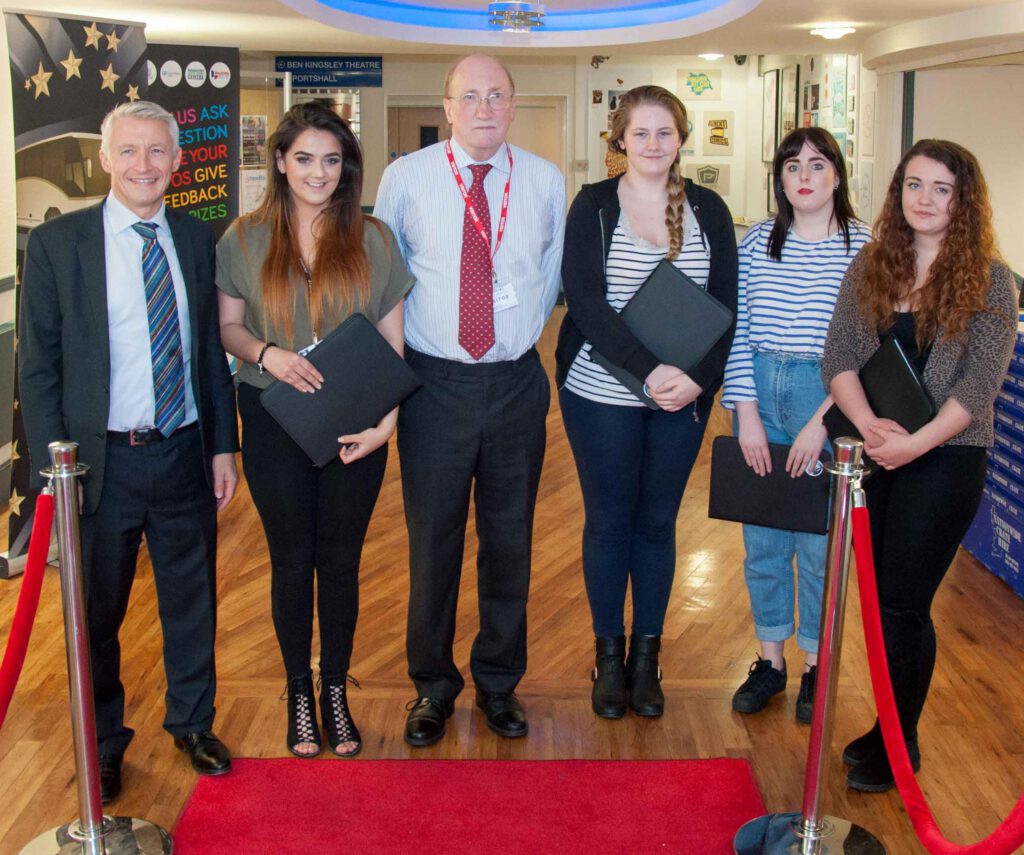 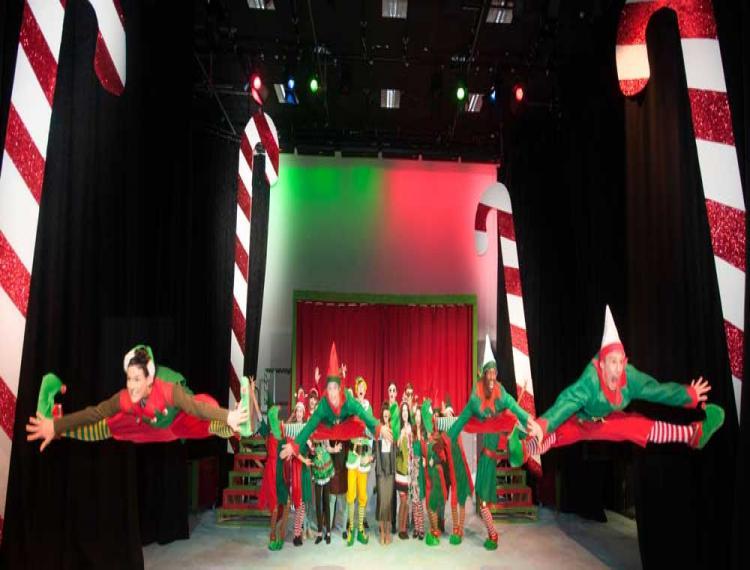 The infamous Pendleton Season of Shows commenced with the must-watch holiday musical, Elf! The adaptation is based on everyone’s favourite Christmas film starring Will Ferrell…