Addressing AELP’s annual conference in London, Boles highlighted some of the areas being examined in the upcoming Budget and outlined the ‘Productivity Plan’, which aims to ensure the value of government investment.

The government is going to invest more in Apprenticeships because of this return, particularly to achieve the three million target it has set, according to Boles.

However, he added that difficult choices will have to be made in less productive sides of FE, and the government will look at the range of qualifications and the range of institutions.

Even the general FE college model is being examined, and Boles said the sector must “ask ourselves whether the general Further Education college, that we have had for so long, many of which do a very fine job in lots of areas – whether that general model is a model that we want for the future when resources are constrained.”

The Minister was unable to take questions at the conference or meet up with the media.

The government is reviewing the General FE College model as it looks to cut costs while investing more to create three million Apprenticeships, according to…

FE News catches up with Nick Boles, Minister of State for Skills and Equalities at the AELP Autumn Conference. The Minister chats about three main… 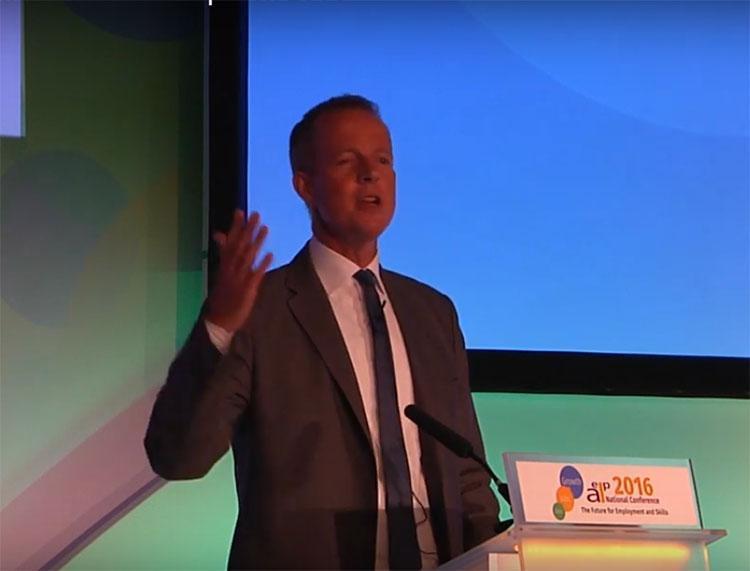 We filmed the Skills Minister Nick Boles keynote address at the AELP annual conference. The Minister reassured the audience that pre-Brexit plans were still being…