A recent BBC News article reported that students at the University of Oxford had voted to remove a picture of the Queen from their common room as they felt it represented ‘recent colonial history’. 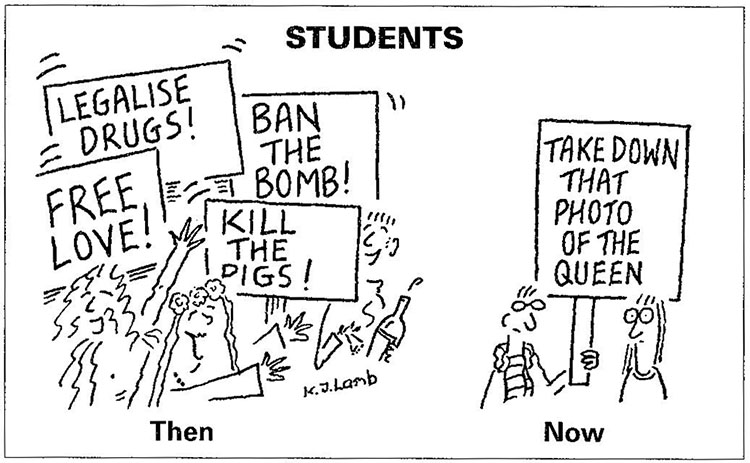 This emotionalism of offence from privileged students is an example of how the once radical student voice now calls for a retreat from reality.

In 2022, we will celebrate the Queen’s platinum jubilee with a four-day bank holiday.

The voice of the offended student

In the press and on social media, the student voice is often a censorious voice. Calls for speakers to be cancelled, disciplined or sacked for their views regularly hit the headlines. Often these attempts fail as even a cursory look at the list kept by Academics For Academic Freedom will reveal.

The lack of success in censoring speakers is sometimes pointed out by those who deny there is a free speech issue in universities, but that denial misses the point.

The overall effect is to create a chilling atmosphere on campus. The student voice that seeks to silence speakers deserves a bad press. And, in reply to a criticism that is sometimes made, this is not an argument for censoring the censorious student voice.

A belief in free speech requires that even censorious voices be heard but challenged.

This censorious student voice should come as no surprise. It was the National Union of Students (NUS) that first ‘no platformed’ political groups they disliked in the 1970s. The nature of NUS and student censorship changed and developed over time, and we now have wide-ranging attempts to censor almost anything that students find offensive.

Some of the sillier bans, including the song ‘Blurred Lines’, sombreros and on certain hand gestures or clapping, make the student voice seem infantilising and wacky. But many are serious and deliberately try to stop the discussion of important issues such as by saying that there can be no debate as the matter is settled, or that the university must be a ‘safe space’ full of ‘puppy rooms’ and ‘petting zoos’.

These ideas represent fear of intellectual challenge and change.

The voice of the student as manager

Another ‘student voice’ that gets little publicity and is simply accepted by all is the voice of the student as manager.

The assimilation of the student voice happened because it is the voice of the offended victim. If you enter university and feel nervous – as freshers have for hundreds of years – you should still be excited about the changes that could happen to you. You may learn enough to challenge the understanding of your tutors. But today your nervousness will be recognised, and the university will adapt to your sense of vulnerability.

The vulnerable student is no threat to university management and students who represent their peers as vulnerable can become part of management without any element of threat. Management will argue that they want the university to be a safe space for students and the student voice can only cry ‘Not safe enough!’

The culture of victimhood has arisen because students have had years in schools with a therapeutic ethos that seeks to avoid any emotional upset or offence. This makes them easily incorporated into management to demand more awareness raising activities around equality issues framed as protections and safeguarding. When the student voice on these issues is celebrated by universities is there not a whiff of manipulation?

The therapeutic voice of the student

In all these cases and in many others the student voice is an expression of therapy culture. That is what has changed over the last decade. Whether the student voice is censorious or managerial it is based on emotion either on being emotionally hurt and taking offence or giving advice to other students and staff based on your feelings. The current student concern with ‘identities’ illustrates the therapeutic turn well. It is an expression of a therapeutic need for emotional connection with others, present or past. The argument that there is a therapeutic turn in universities cannot be won through an opinion piece. But listen next time you hear a student speak. They will talk about their feelings. They will suggest a more welcoming approach or will seek to revise the content of the curriculum that they find upsetting. But, so far, they know little and their feelings need to be challenged. What should be the response is debate and discussion related to their concerns. That will involve getting students to know the literature that may give them the intellectual understanding they need.

I overheard a student in a corridor with a colleague who had just left a tutorial that focused on subject content rather than student feelings.

The student said, ‘That really affected my mental health!’ The language of mental health is being adopted in the latest twist in therapy culture.

Students coming out of a difficult tutorial should feel shame for not having done enough reading and not having any facts, or arguments, to put forward. The student could have said ‘That won’t happen again. I will read more and prepare.’

Therapy culture allows students to see such ordinary situations as emotionally damaging. They feel that education is making them ill and that they cannot take charge of their own learning. Instead, they will get their representative to raise their anxieties at the next meeting of the ‘Wellbeing Committee’ in the hope that there will be interventions to ensure that academics put students’ feelings first.

The ‘supportive’ nature of such committees is a sham that denies student agency – their ability to take control of their own learning. It is time for students to abandon any committees that reinforce the idea that all students are vulnerable. That probably means all committees.

The real student voice we need to hear is the voice of the student that has read carefully and well. That student could challenge lecturers by spotting flaws in their arguments or putting forward insights that challenge sleepy academic orthodoxies. They would not be damaging their lecturer’s mental health but would be giving them a wake-up call.

Students should leave their safe spaces, managerial committees and destressing programmes and get back to raising their traditional voice.

This may seem nothing like a return to the student radicalism of the 1960s but in contemporary therapy culture it would be equally radical. 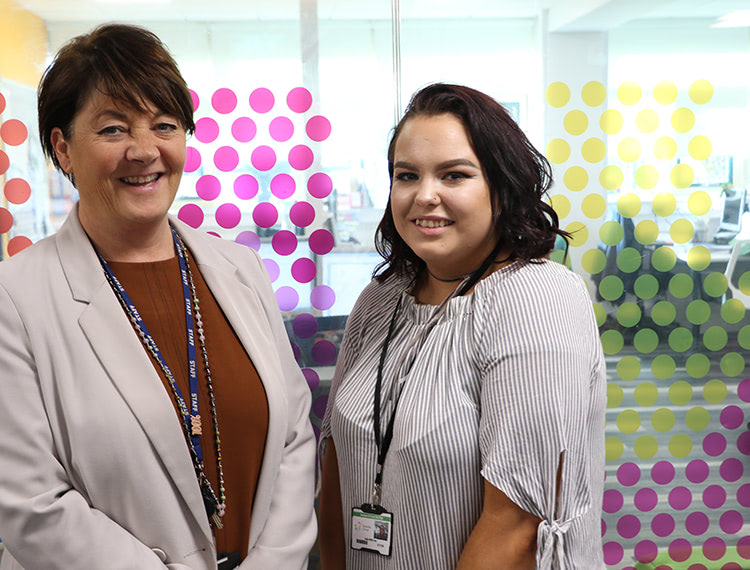 Jodie Willis Hey, a health and social care student, has been elected as the new student governor for Tameside College and Clarendon Sixth Form College.…

“ Student representation in colleges is to receive a major boost this month following the collaboration of two organisations in implementing new measures. The Centre… 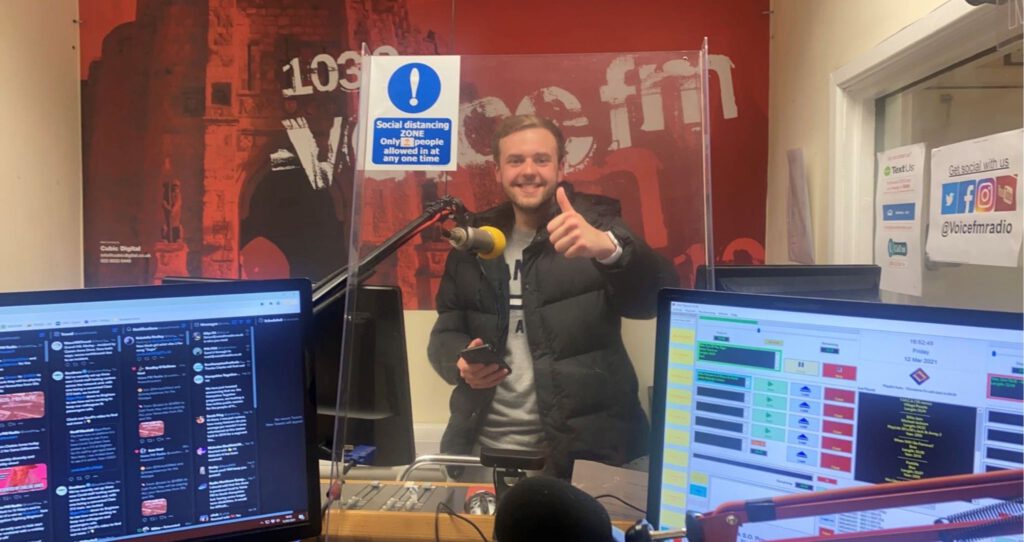 Congratulations to former @ItchenCollege student Jack West, who made his debut as a radio presenter on Voice FM (@voicefmradio) last week! You will be able…