@SuttonTrust call for government to provide an £88m package of support for early years sector to minimise the potential impact of crisis on young children’s development, comparable to the support announced for schools.

Nurseries, childminders and pre-schools are facing major financial uncertainty in the wake of the coronavirus pandemic, with many unsure as to whether they’ll still be able to operate next year. This is according to the latest in a series of impact briefs from the Sutton Trust that looks at the immediate effects of the crisis on the early years sector and the children and families they serve.

Today’s (1 Jul) impact brief #4 includes new Sutton Trust analysis of polling by the Early Years Alliance of 6,300 early years providers. It finds that at the height of the pandemic in April, two-thirds of early years providers were closed to all children, including 79% of pre-schools, 59% of nurseries and 41% of childminders. Of those that were closed, two-thirds expected to be open again by June, with 20% expecting to still be shut and 15% uncertain about whether they would be able to.

In a separate poll of 604 parents in Britain of children aged 2-4 conducted by YouGov, almost half (45%) of parents felt that their child’s social and emotional development and wellbeing had been negatively impacted by the lockdown, with those whose children were unable to attend their nursery or pre-school most likely to report this.

By the end of the full national lockdown, Comparethemarket’s Household Financial Confidence Tracker found that one in five families with dependent children had felt compelled to take a pay cut or reduce their hours – losing 23 per cent or £131 in disposable income every week in a bid to juggle it all.

Among parents working from home without childcare, 65% reported feeling stressed, worried or overwhelmed by the education and childcare arrangements for their child. However, parents in middle class homes were more likely to have received online support from their nursery/preschool than working class parents (31% v 23%).

The early years sector faced financial difficulties before the crisis. But widespread closures due to the coronavirus pandemic has meant that many providers – particularly those in disadvantaged areas – have relied on government support to stay afloat, including through the furlough scheme and business rates holidays. Nurseries and pre-schools in the most deprived areas are more than twice as likely to have needed a business rates holiday compared to those in the least deprived (35% vs 16%) and almost twice as likely to have utilised small business grant funding (18% v 10%).

As a result of this financial instability, many early years providers say that they may be forced to close permanently, with those in the most disadvantaged more unsure of their future than those in more affluent areas (34% compared to 24% in the least deprived areas). 69% of those in deprived areas expected to operate at a loss over the next six months and 42% anticipated making redundancies (compared to 29% in the most affluent areas).

Access to high-quality nurseries and pre-schools is hugely important for all children, leading to positive language, physical, social and emotional development. It is particularly crucial for disadvantaged children, who may not have access to the same home learning support as those from better-off homes.

If many early years providers are unable to stay afloat, there are likely to be repercussions for both children’s early development and learning, and their parents’ ability to access the workforce.

The Trust is making a series of recommendations to support the early years sector and ensure that the most disadvantaged children do not lose out as a result of the crisis.  At the heart of these is a package of financial assistance – worth £88m – in line with the support announced for schools in June, which would include:

Today’s impact brief comes alongside ‘Getting the Balance Right’, a new report by the Sutton Trust that examines recent government policy on early childhood education and care in England. It finds that:

“The first years of a child’s life are crucial for their development, both in terms of attainment and their social and emotional wellbeing. Access to high-quality early years education is key to this, particularly for children from disadvantaged backgrounds.

“The coronavirus crisis is having a devastating impact on the early years sector, with many nurseries and pre-schools facing closure. This will inevitably have a long-lasting impact on children’s early development. Parents will struggle to find a place for their child. This will affect their ability to go to work.

“Now is the time, when the world has been turned upside down, to prioritise support for children and families. Crucially the government must introduce a package of support to protect early years providers and enable them to stay solvent.”

“Thousands of childcare providers are forced to close every year as a result of government underfunding. It is nurseries in the most disadvantaged areas which have been most likely to disappear, and we now have confirmation that this crisis has hit them the hardest.

“The impact of mass nursery closures on working families and the life chances of disadvantaged children is too awful to contemplate. Urgent support is needed to help early years providers cope with reduced demand and extra safety costs, yet the sector has consistently been ignored.

“The Government needs to wake up to the reality that many thousands of essential childcare places could be lost unless it steps in with a properly funded plan to save the early years sector.”

“The Sutton Trust briefing on Early Years is further confirmation of what the NEU has been warning for quite some time – maintained nursery schools (MNS) and the Early Years sector are in financial crisis and unless the government acts now, many settings will close in the coming months.  MNS provide specialist education provision that help children from deprived areas and those with special needs attain better outcomes in school and later life.  This week, the NEU along with the NAHT and Early Education have written to the Prime Minister and Secretary of State for Education to raise our concerns and demand immediate emergency funding for MNS and a longer term funding solution for the Early Years sector.

“If MNS are forced to close, this will have a devastating impact on local communities, some of the most deprived in the country, and severely harm the educational attainment and life opportunities of the children these settings serve.   The NEU is alarmed that the recently announced additional £1 billion for schools does not include any funding for MNS or the wider Early Years sector.  We urge the government to rethink this and also provide additional funding for Early Years and MNS in particular.

“The government must quickly recognise the vital role MNS play and act now to keep them open.”

An £88 million support package for early years providers would be equivalent on a per hour per child basis to the £1bn package announced for schools on 19th June. Bringing the Early Years Pupil Premium up to the level of the primary school Pupil Premium on a per hour per child basis would cost £35.6m for the year (in 2019/20 prices), with the remainder distributed as emergency transition funding to providers in order to prevent further closures.

The Early Years Alliance is an early years membership organisation representing nurseries, pre-schools and childminders with over 14,000 members. The Alliance surveyed 3,167 early years providers, predominantly in the Private, Voluntary and Independent (PVI) sector, in April (22nd to 29th), and subsequently 6,300 providers in May (20th to 27th) using online surveys. The Sutton Trust reanalysed this data to look at patterns by levels of deprivation in the provider’s local authority.

The Impact Brief is authored by Prof Christine Pascal and Prof Tony Bertram of the Centre for Research in Early Childhood (CREC), along with Erica Holt-White and Carl Cullinane of the Sutton Trust.

‘Getting the Balance Right: Quality and quantity in early education and childcare’ is authored by Nathan Archer and Beatrice Merrick of Early Education. 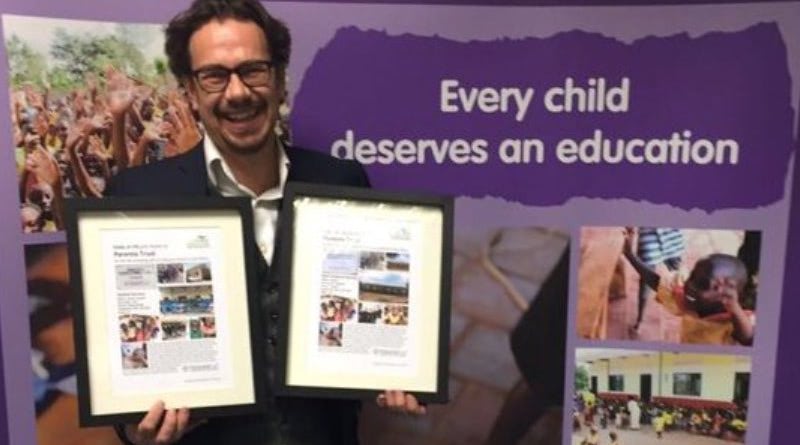 Analysis by the National Day Nurseries Association (NDNA) shows that 121 nurseries closed between September 2017 and the end of August 2018, compared with 73… 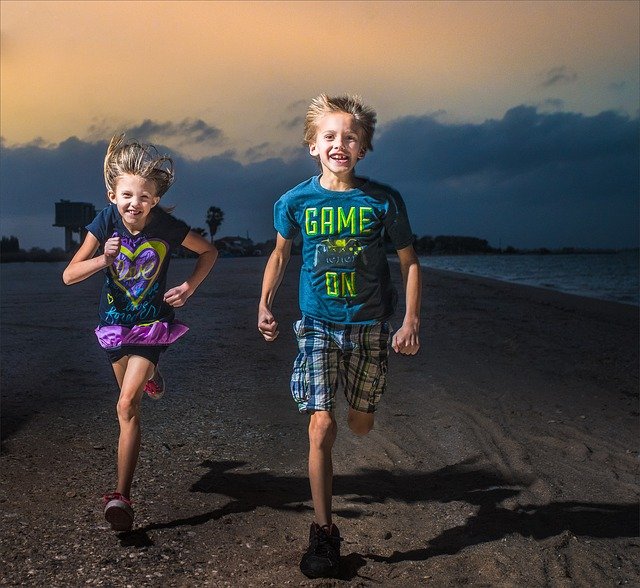 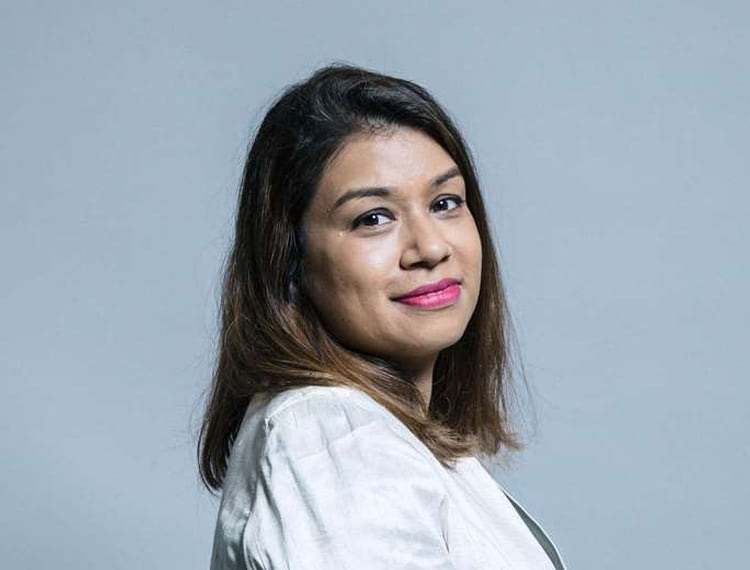 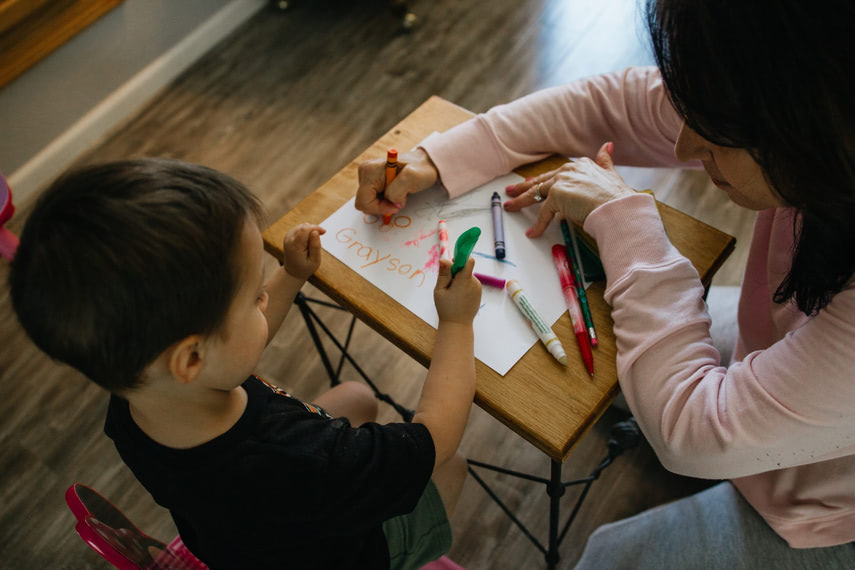