Colin Seabrook, our Head of Construction and Building Services, recently received a Civic Award at the Mayor of Havering’s annual event.

The Civic Awards recognise the extraordinary efforts of local residents who have gone above and beyond to try and improve local areas and the lives of Havering’s residents. Anyone can be nominated, by anyone, with the Mayor himself choosing the winners.

Past winners of the Civic Awards have included a diverse range of people from police community support officers through to a pensioner who has ran the London marathon every year since its inauguration, raising hundreds of thousands in the process.

Clearly, the calibre of the award recipients is very high and this year was no exception. Winners included retired foster carers Gordon and Brenda Nesbitt, who have cared for just shy of 100 young people in the borough, Matthew Tuvey who provided life-saving CPR to a person who had collapsed and stopped breathing, and of course our very own Colin.

Colin received the award for his outstanding contributions to the development of our construction and built environment curriculum. As well as this, he has dedicated endless hours outside of the classroom to community work including producing the Mayor’s New Year’s Day float (and attending the parade), as well as contributing to other mayoral engagements.

During my time as mayor I have come across so many inspirational people that dedicate themselves to worthy causes in their community. The Civic Awards are an opportunity to recognise that dedication and hard work, allowing us to give something back to local community heroes.

Thank you Colin for your continued dedication and congratulations on this very well-deserved award!

Havering placed an impressive second out of fifteen entries in the borough competition at this year’s London New Year’s Day Parade, with The Mayor of… 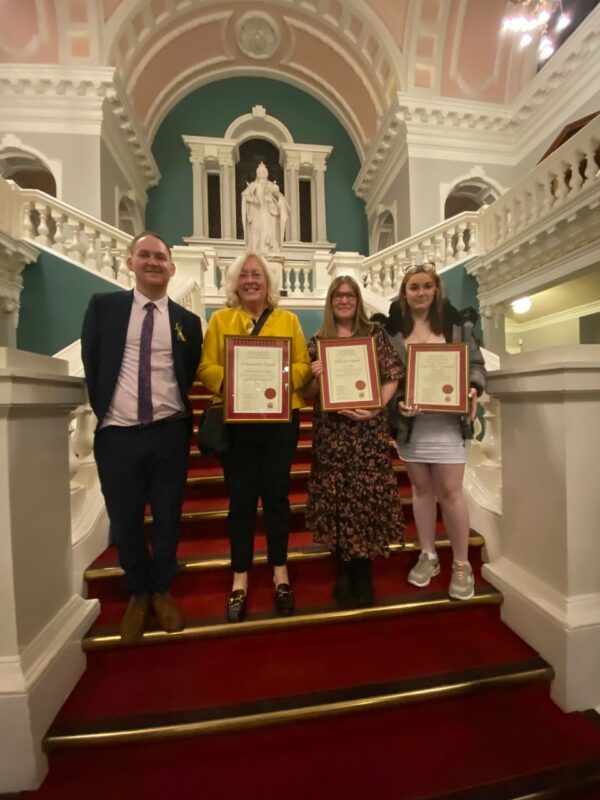 Havering Council recently secured £1.6m funding via the Good Growth Fund as part of Mayor of London Sadiq Khan’s backing of various projects across the…