A talented young web design student from Larne will represent Northern Regional College in Birmingham next week at the WorldSkills UK LIVE finals – the ‘Olympics of vocational skills’.

Jack Marshall, an Interactive Media student at the College’s Newtownabbey campus, fought off stiff competition in the regional qualifiers to secure his place at the prestigious national finals which take place from 21 – 23 November at the NEC, Birmingham. The finals are at the heart of WorldSkills UK LIVE, the UK’s largest skills, apprenticeship and careers event.

Over the three days, there will be competitions in 70 different skills across the Digital, Technology, Engineering, Construction and Hospitality industries with finalists having to complete a set task or series of tasks in their respective skill area within a limited time and in front of the 70,000 plus visitors attending the event. The original entry of over 3,000 has been whittled down to just 500 for the national finals and Jack is one of the Northern Regional College competitors to make the cut.

Despite being the first student ever from Northern Regional College to compete in the Web Design category at WorldSkills UK LIVE, Jack is optimistic about the opportunity:

“I am really excited to compete at WorldSkills UK LIVE and see how I fair against some of the top student designers across the UK. I will have a total of 18 hours over three days to demonstrate to an expert panel of judges that my work is better than anyone else’s.”

Commenting on his preparation for the event, he said:

“Lecturers and students from the College who have previously competed at this level have been able to provide me with some hints and tips about what to expect and I have been preparing as much as possible with my lecturing team. Whether it be setting me additional tasks or coming in outside of class hours, they have been a fantastic support, which is great for me as they are all industry professionals. This means they have specialist insights into what the judges may be looking for.”

Congratulating Jack and all the students on reaching the national finals, Professor Terri Scott, Principal and Chief Executive of Northern Regional College, said:

“I wish all Northern Regional College students the best of luck as they compete at WorldSkills UK LIVE.

Northern Regional College students have a proven track record at WorldSkills UK LIVE. At last year’s competition, Aghadowey student Samuel Gilmore was named UK Champion for Carpentry. He has since gone on to be crowned Europe’s Best Apprentice at the European Alliance for Apprenticeship Awards, held in Helsinki in October. In 2017, Rory McCloskey from Antrim was crowned UK Champion in the Computer Numerical Control (CNC) category when he was a Foundation Degree student.

A Derry IT student will represent Northern Regional College in Birmingham next week at the WorldSkills UK LIVE finals – the ‘Olympics of vocational skills’.… 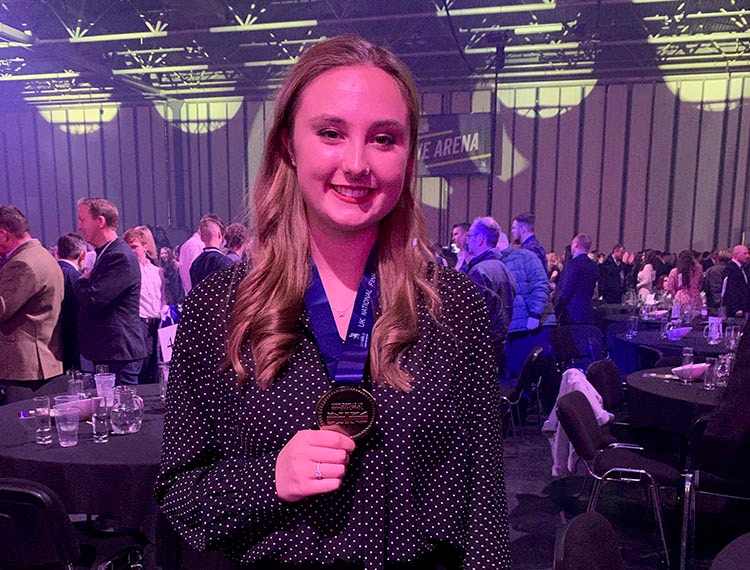