University students depend heavily on parents for financial support as the maintenance loan falls short, the National Student Money Survey 2018 has revealed.

A lack of clarity about who should make up the student finance gap has led to the majority of parents having to provide cash handouts to their children, but it’s still not enough to stop hardship at university.

The annual national survey, by money advice site Save the Student, crunched 3,167 student responses to uncover the average parental contribution towards living costs.

Whilst the average contribution is less than £150 a month, almost 1 in 5 students receive in excess of £300. The survey also reveals a gender difference: male students pocket £161 a month on average, compared to female students who get £135.

Still, a third of all students feel parents don’t contribute enough, reflecting widespread confusion about the true cost of university, and who should pay.

The maintenance loan (student finance for living costs) is pegged against household income. Higher-earning parents are ‘expected’ to contribute more in place of Student Finance (see this calculator), while students from lower-income households can apply for a larger loan instead.

How much do parents really contribute?

Survey findings show the least well-off families over-contribute towards living costs, while higher earners fail to pay as much as expected.

Contributions also vary by living arrangements, with students renting in London facing the greatest disparity. In this case, parents earning below £25,000 overpay by £151 a month on average, while those on £45,000-55,000 underpay by £119 a month.

Average payouts to students living at home almost always fall below suggested amounts as well. Again, families earning below £25,000 are the exception – they pay £30 a month more than expected.

But however much money parents give, most students still struggle to get by: 78% worry about making ends meet, rising to 84% among those who don’t get any cash from parents.

Mel, a 2nd-year student at the University of Greenwich, comments:

“As a student midwife, I’m sometimes on placement 48 hours a week. It is almost impossible to work, study, get enough sleep and socialise on top of this.

My parents can’t afford to support my living costs and the money I get from Student Finance (and NHS bursary) only just covers my rent. I have to work to be able to put food on the plate, let alone do anything else.”

Problems start with the way maintenance support is calculated. The survey reveals average student living costs are now £770 a month, but the average maintenance loan instalment** is £600 a month – that’s £170 too little.

Even those who get the maximum loan (£8,430 in 2017/18) could be short by up to £68 every month but, as these students will be from the lowest earning families, their parents may not be able to make up the difference.

Kami, a 2nd-year student at Ravensbourne University London, is entitled to the maximum loan:

“As my single mother is getting my brother and I through university at the same time, she has no excess money. This means we get by day-to-day.

Opportunities arise at university and always come with great expense, which means only students from wealthy backgrounds benefit from these opportunities (exchange programmes, internships, work placements). Education seems to be only for the rich when at uni.”

At the other end of the spectrum, Jamie, a 1st-year student at Keele University, comments:

“My family get a decent wage and therefore I am penalised as a student and get the minimum student loan. This loan does not even cover my accommodation costs.

It is ridiculous that my parents have to spend £800 of their own money just so I can live on campus (not including the £30 a week I get from them for food). My parents shouldn’t have to be worrying about making it through the month just so I can stay at university.”

With so many feeling they lose out by the way funding is allocated, dissatisfaction is common. Half (52%) of survey respondents say Student Finance is unfair, while 42% of students from both lower and higher income families believe their household income is a disadvantage.

Ultimately, the majority of students are under pressure to make ends meet. Nearly 1 in 3 students (27%) say grades suffer because of money worries, while half report mental health and diet suffers as a result.

“When it comes to student loans, the focus always seems to be on the £9,250 tuition fees or the extortionate interest. But the real issue is the insultingly low maintenance loans alongside the government’s unwillingness to admit that parents are expected to make up the shortfall.

It’s a huge talking point between students. Are they fully-fledged adults who are expected to fund themselves? Should they be asking their parents for money? Should their parents be forced to help them out?

The government needs to put an end to this confusion by being more explicit about parental contributions and/or increase the maintenance loan amount so that it is actually in line with real living costs.”

“The results of this most recent survey are breath-taking – showing the disparity between what students and parents are told about how student funding has increased, while in reality it negatively impacts the families of those attending university or college. There are some positives here though, including the fact that twice as many students have found it easy to access money advice from their university compared to a year ago.”

** Average maintenance loan based on a student living away from home (outside London), and with a household income of £35,000. 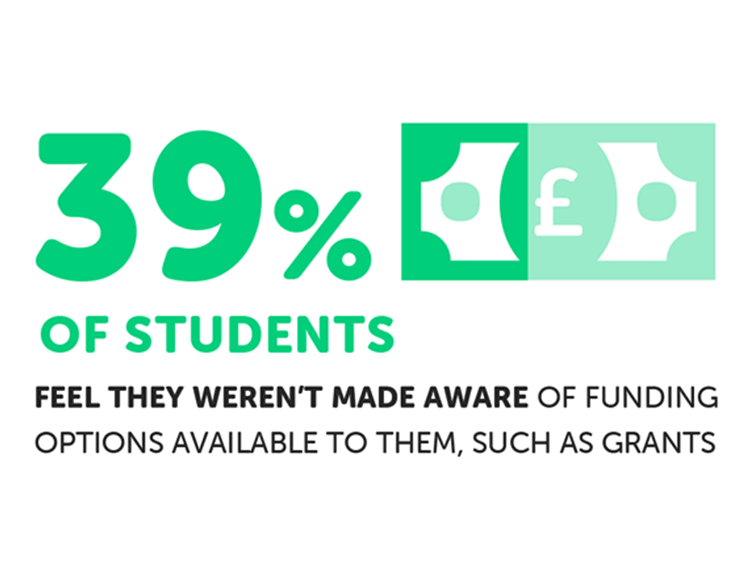 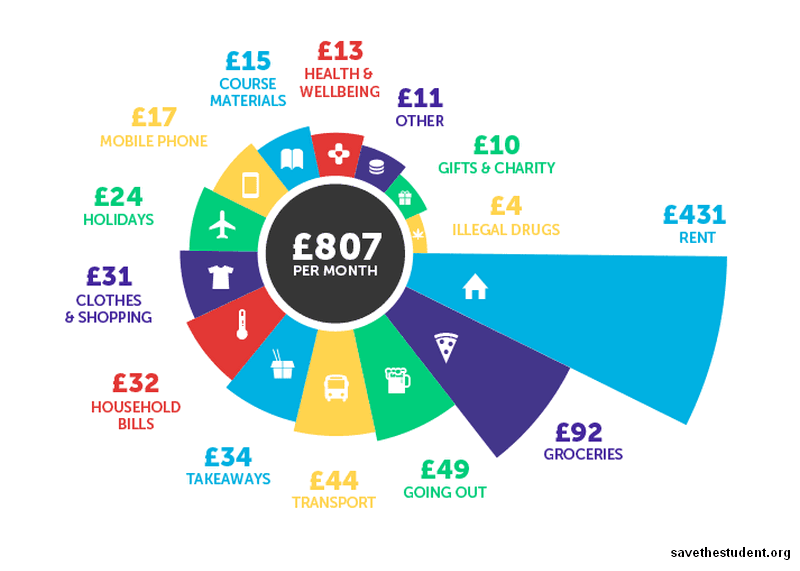 It’s getting more expensive to go to university – not because of tuition fees, but because living costs have gone up around the UK. According… 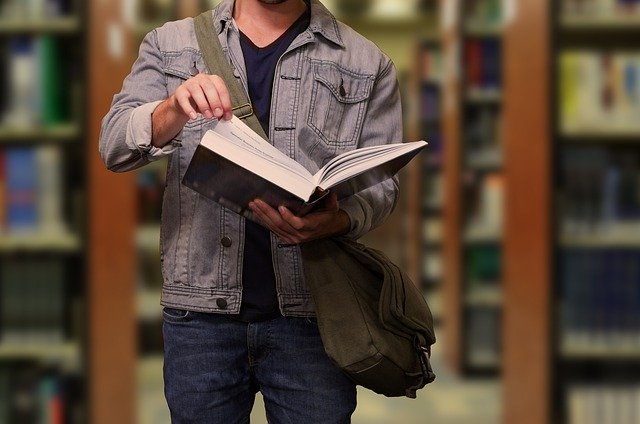 Students studying at university or college can have different living costs depending on where and what they will be studying, their lifestyle and any financial… 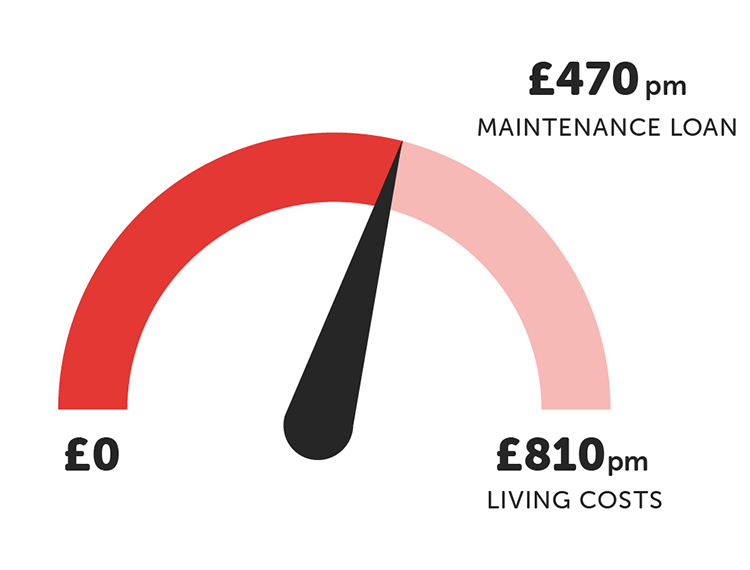 In a new survey by @SaveTheStudent, it’s been revealed that noticeably fewer students have been able to make money from a part-time job in 2020/21… 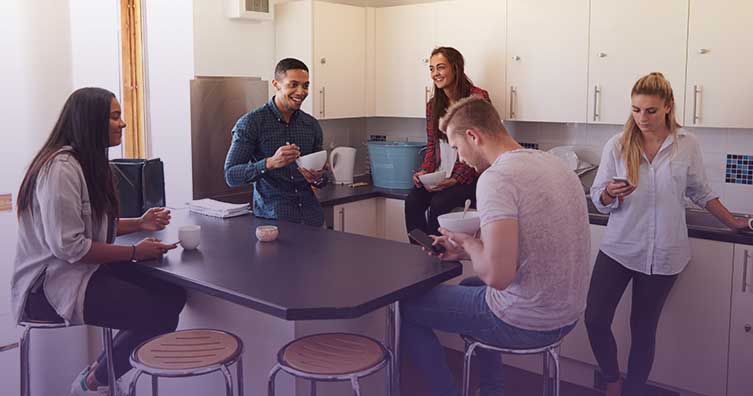