Created from his vision and dedication to championing the next generation, The Raheem Sterling Foundation will educate, empower and inspire young people to become better prepared for the future and to embrace opportunities to achieve greater social mobility.

The Foundation’s mission will reach across Jamaica, the UK and beyond, to champion greater social mobility, further education, empowerment, and to facilitate young people despite the challenges they may face in achieving their full potential.

Amazing day in Brent with friends and family to launch my foundation. A dream come true @RSfoundation ❤️ pic.twitter.com/7iZBm3IqHD

“My journey to date has been well documented but nothing would have been achievable without belief, family, great mentors and the opportunities I have embraced. My foundation is built on my experiences, successes and the many challenges I overcame, I now want to help young people achieve and be the best they can be.”

The Raheem Sterling Foundation is powered by The Power of 7. This notion is not only a reflection on Raheem’s number at Manchester City, but incorporates the vital parts of the Foundation’s core approach; education, employment, enterprise, creativity, personal development, accountability and social mobility.

The 1692 link featured in the Foundation’s logo is an acknowledgment to the earthquake that shook Jamaica on June 7th 1692 destroying Port Royal. From the ruin, Kingston was born. The homeland of Raheem Sterling and where his roots are firmly planted, but have now grown across the globe to London and Manchester.

Pupils at Ark Elvin Academy took centre stage meeting Raheem at Wembley Park, in front of the recently unveiled Olympic Steps that lead to Wembley Stadium, after completing a 1 mile Power of 7 walk from the school to the stadium. A journey Raheem will never forget. On their journey, they walked down Wembley Park’s transformed Olympic Way and visited seven plinths (each one a reference to The power of 7) and learnt all about the #BoyFromBrent, the Foundation’s backstory and Raheem’s vision for the future.

Wembley Park’s transformation from largely car and coach parks to a thriving 365-day a year neighbourhood in Northwest London, echoes the story of change and progress of Raheem Sterling’s journey to becoming a local Brent hero. As a landmark destination in Raheem’s former hometown, with culture and community at its heart, Wembley Park was selected as the ideal location to highlight Raheem’s journey, to launch his Foundation, and recognise the importance of education and empowerment of young people.

James Saunders, Chief Executive of Quintain, the team behind the transformation of Wembley Park, commented,

“We are proud to be supporting the launch of The Raheem Sterling Foundation and hosting The Power of 7 trail at Wembley Park. This initiative builds on Wembley Park’s ambition to bring investment, new opportunities and apprenticeships to young people in Brent, benefitting the surrounding area economically, socially and culturally. Our community is fortunate to have an inspiring role model in Raheem Sterling, and it is an honour to be involved in an initiative that aims to inspire local young people in the wider Brent neighbourhood.”

Pupils and teachers then took part in the Foundation’s Charter unveiling during a school assembly.

‘’Raheem is such an inspirational role model to our community in Brent and especially our children at Ark Elvin Academy. What he stands for on and off the pitch helps our children see that high expectations and hard work wins. The launch of the Foundation is an exciting opportunity for our children to learn from Raheem directly and see what can be achieved despite the challenges that he faced. Our motto at Ark Elvin is ‘Dare for Greatness’ and Raheem’s work helps us do just that!’’

“Raheem, our boy from Brent, has accomplished so much since he and his family moved to our borough many years ago. His actions have inspired many people around the country and he is a great role model for our young generation. It is wonderful to see him launch his Foundation that will no doubt have a positive impact on young people in this country, and Jamaica.”

The Raheem Sterling Foundation has a strong determination to ensure young people throughout the world can achieve greater social mobility and is proud to have a truly global brand supporting Raheem and the Foundation’s activities.

“New Balance has built its roster of athletes who excel in their sport but also beyond just their athletic accomplishments. Raheem is the perfect example of someone who has become one of the best footballers in the world and who has always given back to the communities who gave him so much. We look forward to growing The Raheem Sterling Foundation alongside him to be a beacon of light to kids around the world.”

Raheem today also announced the first two fully funded initiatives in collaboration with Headspace and Brent based The Promise Foundation who will deliver mentoring programmes across the borough starting at the Ark Elvin Academy. See electronic press kit for more details.

‘’We are honoured to be an official partner of the Foundation, and will be playing an active role in bringing education around mental health, and meditation, to this community as part of this. Our first collaboration will see us commit to building a safe, still, and serene meditation room so that this community can learn, and practice meditation. This is one of the many steps we will be making together with Raheem, but watch this space as we embark on this first project together in early 2022.’’

“The Promise Foundation is thrilled to be partnering with The Raheem Sterling Foundation in bringing its mentoring programme to the Ark Elvin Academy.  The Promise Foundation shares Raheem’s passion for social mobility, and championing the next generation, through education and empowerment, and helping them prepare for the future and achieving their full potential.”

Our Mission is to empower and invest in young people in the pursuit of greater social mobility, to further their education, showcasing their creativity and igniting their enterprise. Our Foundation envisions a world where young people will never be confronted by barriers in the pursuit of improving their future careers and life experiences, no matter what race, religion, sexual orientation or socio-economic circumstances.

Personally and professionally through integrity, accountability and maximising potential.

This is our CREED. 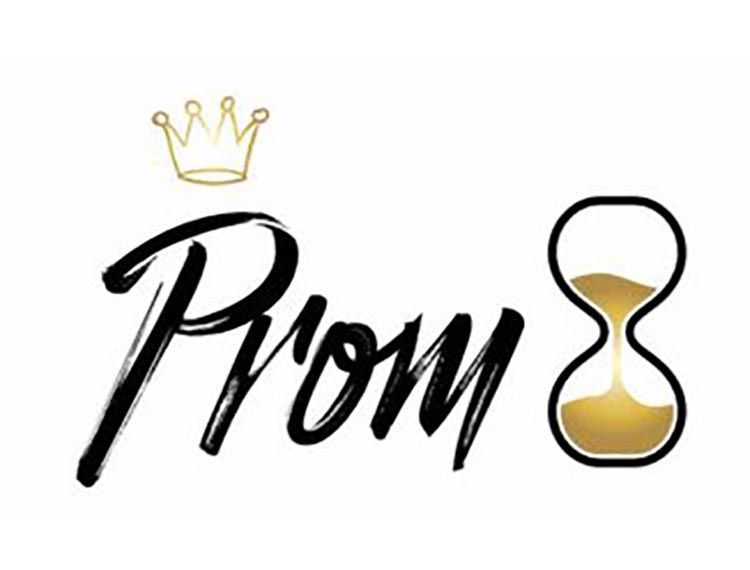 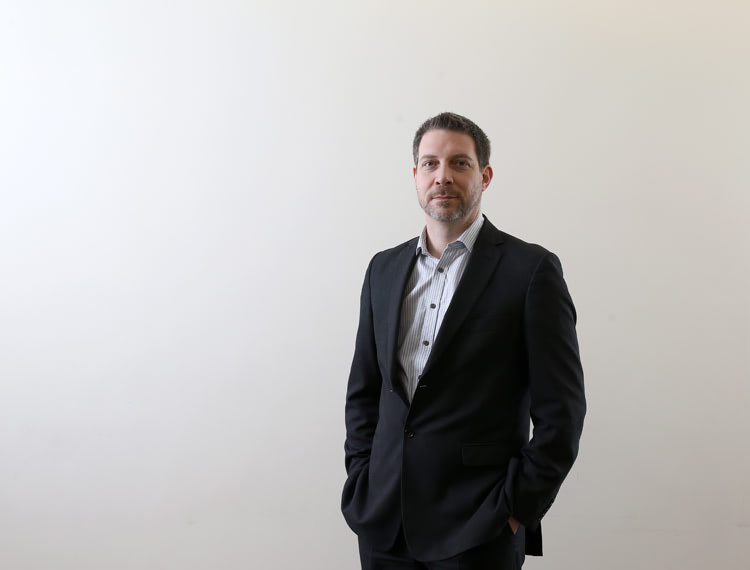 The Youth Futures Foundation (@YF_Foundation), the independent, not-for-profit organisation set up to help tackle youth unemployment, has appointed a new team to build the evidence base of what… 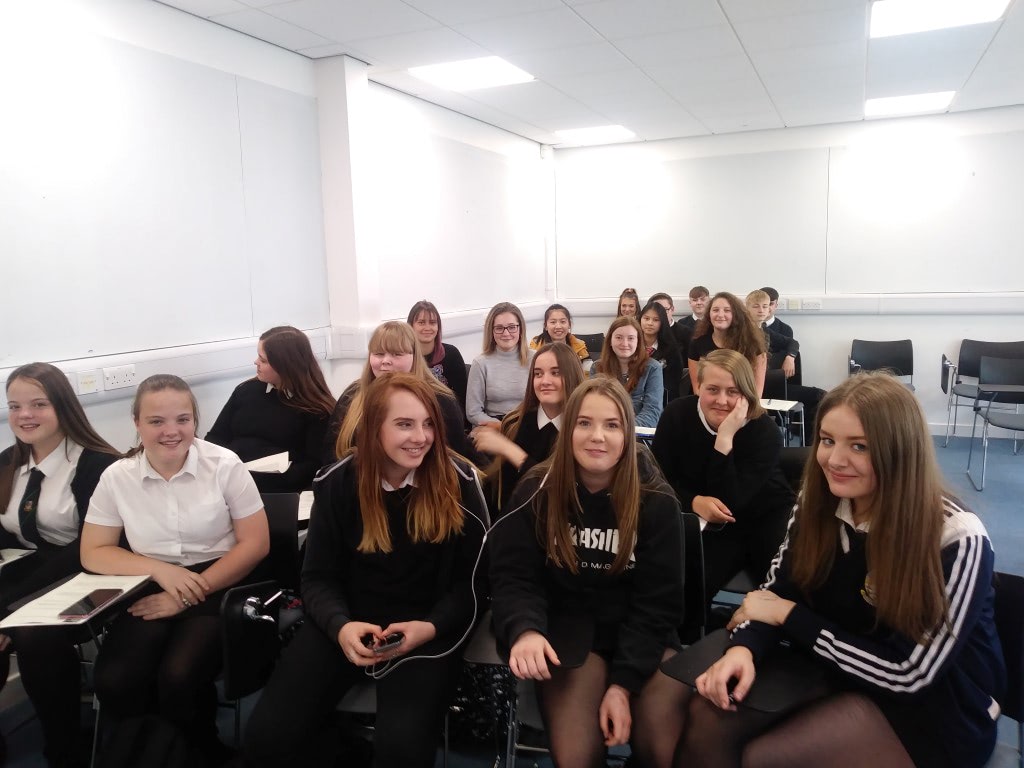 Borders College recently welcomed 27 pupils from various secondary schools across the Scottish Borders to sign up to one of the four Foundation Apprenticeship programmes,…