The University of Bristol is joining with other organisations and institutions across the country and the world to become the first UK university to declare a climate emergency, reaffirming our strong and positive commitment to take action on climate change.

Professor Judith Squires, Deputy Vice-Chancellor and Provost, said: “The University of Bristol plays a key role in fighting climate change, it does this through its research, its teaching and how it operates.

“Calling a climate emergency highlights the urgency of the task we are engaged in and I hope others join us in increasing their action on this, the biggest challenge we face.”

The University of Bristol made a promise to become carbon neutral by 2030 in 2015 and this was reaffirmed in our Sustainability Policy, published in 2017.

To date we have reduced carbon emissions by 27 percent and we are on the way to hitting the target.

And, in March 2018, we announced plans to divest completely from all investments in fossil fuel companies within two years.

Today’s announcement also recognises the work of our world-leading climate experts in the Cabot Institute for the Environment, several of whom were lead authors on the Intergovernmental Panel on Climate Change (IPCC) report on 1.5 degrees of warming published in October last year – the consequences of which will include increasing numbers of heat-related deaths, extreme food and water shortages, and extreme weather events that are both more frequent and more severe.

Declaring a climate emergency also acknowledges the deep concerns of our students, many of whom are worried about what the future holds in store for them – with a strong link between climate change anxiety and mental health issues becoming increasingly evident.

The decision follows a letter to the Vice-Chancellor signed by around 100 academics and a petition signed by 500 students and was made at Monday’s University Senate meeting, Chaired by Professor Squires.

Dr Laura Dickinson, from the Department of Civil Engineering, was one of the academics who added her signature to the letter and spoke at Monday’s Senate meeting. She said: “Declaring a climate and ecological emergency is the right thing to do.

“It sends the clear message that students and staff know that we must take radical action now: first by giving appropriate weight to the severity of the crisis in our teaching, research and the way the university is run; and second by leading other universities in putting pressure on the UK Government to act decisively and urgently.”

Biology student Giles Atkinson led the student petition. He said: “Universities have an opportunity in being leaders to the response to climate change. This declaration will help communicate the urgency of the situation and inspire further action. We hope that other universities follow suit.”

Professor Dale Southerton, Acting Cabot Institute Director, said: “Our academics at the Cabot Institute for the Environment are working at the forefront of climate change research looking at all aspects of our changing planet from land, sea, ice, and air – from the wilderness to the cities, human to the physical, from local to global and from the ancient past to the future.

“We understand how important it is for the University to declare a climate emergency because we work on these issues on a daily basis and understand not only their complexity but also the urgency in addressing them.

“As a result of this urgency, we have recently launched a unique new Masters By Research in Global Environmental Challenges, so we can train the next generation of researchers to take an interdisciplinary approach to the most complex environmental challenges of today whilst supporting them to become future thought-leaders in their field.”

Professor Guy Orpen, Deputy Vice Chancellor – New Campus Development and a Director of the Bristol Green Capital Partnership, added: “The University was integral to making the City of Bristol European Green Capital in 2015, adopting the key target of net zero carbon by 2030 as part of the year’s activities and pledges.

“The declaration of a climate emergency by the University shows our continued commitment to work with our city and the many members of the Bristol Green Capital Partnership.”

Dr Dann Mitchell, Lecturer in Climate Change at the University’s School of Geographical Sciences and member of the Cabot Institute, added: “We know that carbon dioxide alters our climate and unfortunately, it can stay in our atmosphere for thousands of years.

“Climate science is now mature enough that we do not just count climate change in terms of degrees of additional warming, we count it in terms of human lives lost, biodiversity reduced, and land claimed by the oceans.

“The youth, championed by Greta Thunberg, and taken up by school children around the world, recognise this is an emergency, so it is of the upmost important that our leading institutes on climate change such as the University of Bristol recognise it too.”

The declaration also coincides with the broadcast this Thursday (April 18) on BBC1 of a major new documentary which looks at the science of climate change and potential solutions. Climate Change – The Facts, presented and narrated by Sir David Attenborough, airs at 9pm (BST).

Sir David was recently recognised at the University of Bristol Alumni Awards where he was presented with the inaugural Lifetime Achievement Award. Here he is in conversation with Vanessa Wilson from Bristol Students’ Union sharing his wisdom about developing a career in natural history film-making.

The University has reduced carbon emissions by 27 percent against our baseline year of 2005/06by a mixture of technical fixes from heating controls and insulation to LED lighting and combined heat and power. To date over half a megawatt of electricity is generated by Photovoltaic Cells.

Staff and students are encouraged to change behaviours via our ‘Green Impact’ and ‘Be the Change’, the latter encouraging 600 members of staff to take 10,000 sustainability actions. Other sustainability actions include, on-line course for all student on sustainability, low emission buses on our student bus services, diversion of 99 percent of our waste from landfill into recycling and composting.

The Cabot Institute is a diverse community of 600 experts, united by a common cause: protecting our environment and identifying ways of living better with our changing planet.  Together, we deliver the evidence base and solutions to tackle the challenges of food security, water, low carbon energy, city futures, environmental change, and natural hazards and disasters. 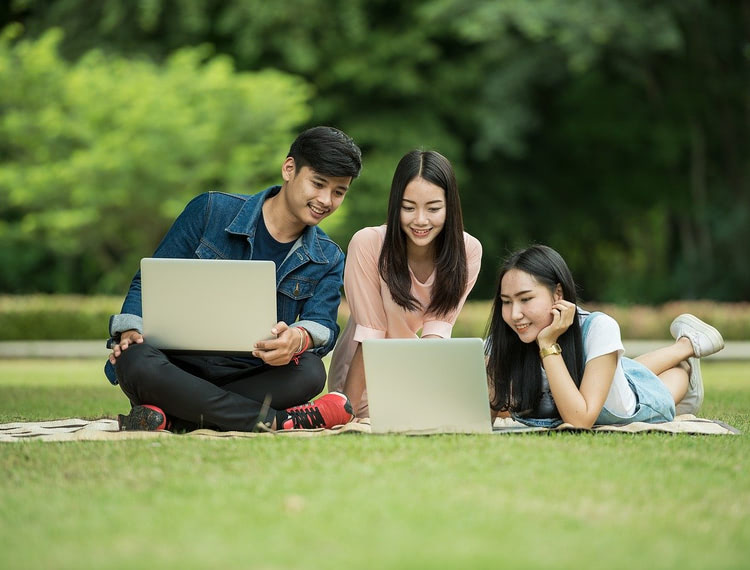 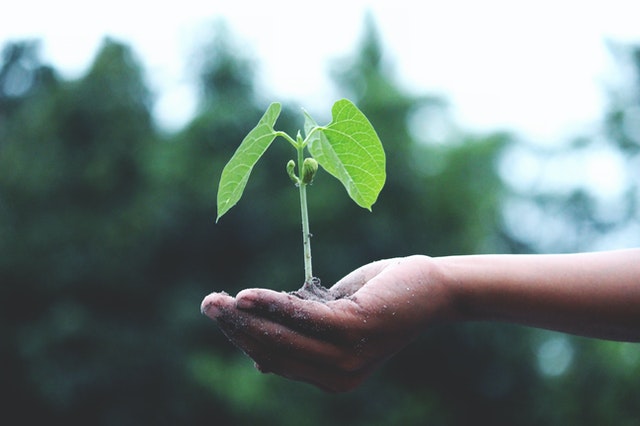 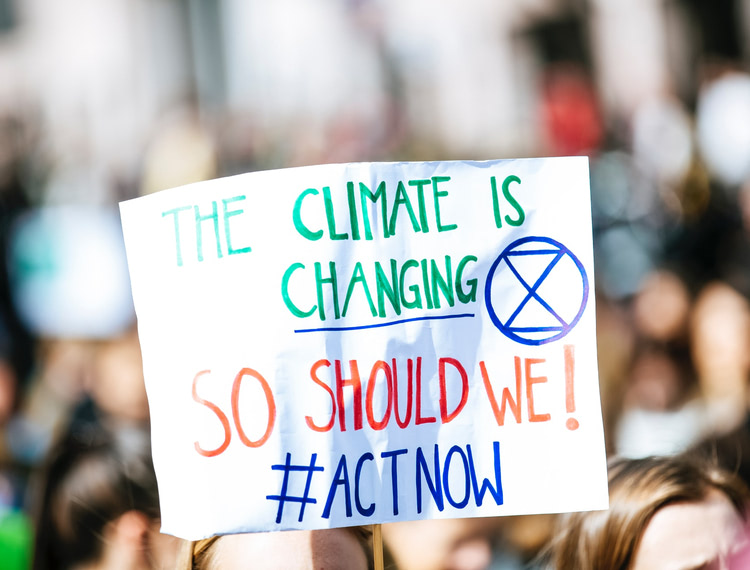 The research, led by the University of Bristol, is the largest of its kind in the UK and involved asking 626 primary and secondary teachers… 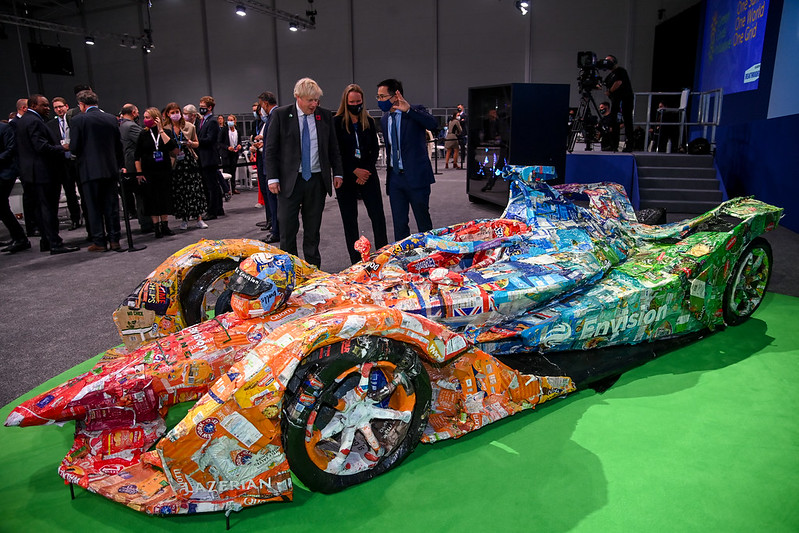 They include experts from the university’s world-renowned Cabot Institute for the Environment, who will participate in the summit, which is being hosted for the first…