Engineers are top of the class when it comes to maths knowledge, outsmarting teachers, accountants and scientists, according to a new poll.

The research by AAT (Association of Accounting Technicians), which aimed to test the nation’s numeracy knowledge on common GCSE maths symbols, found that engineers out-qualify IT professionals, teachers and scientists.

Engineers scored an average of 73.3% on the numeracy test, more than 10% above the UK average of 62.8%. The test completed by 2,000 UK adults required individuals to identify 10 mathematical symbols of varying difficulty, including less than, square root, pi and infinity – all of which are found in GCSE level maths.

IT professionals were the second smartest occupation group scoring 72.1%, followed reassuringly by teachers and trainers who also scored highly, 70.5%.

While financial and business services professionals such as payroll, accounting and administration executives were the seventh-best performing profession, scoring 66.9% in the test, AAT reports that organisational and softer communication skills are just as important for a successful career in accountancy.

Healthcare professionals – such as doctors, nurses and pharmacists – however, only scored marginally above the UK average, recording 64.7% overall, despite their typically higher levels of qualification.

“Maths can be a polarising topic with many people believing they aren’t good at it, however, that shouldn’t be the case. While we’ve looked into the knowledge of the nation in regards to common GCSE mathematical symbols, the truth is they aren’t used as frequently in later life or indicative of overall professional success.”

Looking at the nation as a whole, almost two-fifths (41%) of British adults cannot correctly identify the infinity symbol (∞). More than a third (36%) struggled to recognise the square root symbol (√), and 34% couldn’t name the less than sign (<).

Less frequently used signs such as greater than or equal to (≥) went unidentified by 64%, while more than three-quarters (78%) couldn’t name approximately equal to (≈), and is similar to (~) proved the most difficult for 95% of respondents.

Just 2% of British adults could name all ten GCSE level mathematical symbols, with men outperforming their female counterparts, getting 65% of their answers correct versus 61%. However, AAT reports that two-thirds of its members and students are currently female, showing interest in the subject is open to all.

Rachel Staples continued: “Accountancy is for people with a broad skillset – you don’t need a degree in applied mathematics to succeed. Whilst an interest in numbers helps, skills such as attention to detail, a keen interest in the mechanics of business and softer communications skills will put someone in good stead if they are thinking of pursuing a career in finance.

“Increasingly, we’re seeing the remit of accounting professionals shift beyond just crunching numbers into more of a mini business consultant role, helping people at all levels of an organisation make important staffing, procurement and business decisions. This includes interpreting data for clients and providing invaluable advice and expertise – which is critically important as businesses continue to weather the fallout from the pandemic – so they really are more than the sum of their parts. Accountancy is, therefore, a career open to anyone regardless of age, background or experience, not just those that are a whizz at maths.”

Interestingly, almost one in three (29%) of Britons identified the correct symbol for Pi – π – but opted for the savoury spelling, pie, demonstrating their eye for detail could be improved.

Rachel Staples added: “At this stage of the year when many people are thinking about career decisions or changing roles, we strongly encourage people to explore accountancy and the range of AAT qualifications available. Regardless of education level, an AAT qualification allows flexible study options and can help build the solid foundations of a successful career in business and finance.”

To find out more about AAT qualifications and a career in finance, visit www.aat.org.uk/career-in-finance.

Top performing cities of the UK

Top performing regions of the UK

The research – a consumer survey of 2,000 British adults which is nationally representative – was conducted in January 2022.

Case study: “Studying AAT and working gave me opportunities I wouldn’t have had otherwise”

When she left school, Jess Harcourt, 29 from Manchester, initially thought she’d go on to college and then university.

“It’s deemed the right path, especially if you get good grades,” she says. “At 16, I thought the best thing to do would be to pursue the A-levels I was good at, which was maths and further maths. But I was there for about a week and quickly decided I wasn’t happy at all, so I needed to find something else to do.”

After starting a job in administration, Jess’s talent for spreadsheets was quickly spotted by the company’s managing director, who moved her into the finance team.

“I thought: ‘I’m actually quite good at this, I might give it a go.’ And that’s when I started studying with AAT. While I was there, I got my AAT Level 2 and Level 3 qualifications. It was challenging working full-time and then studying in the evenings, but I loved the sense of achievement I got from passing my exams.”

Jess stayed in her role for four years before moving to an exciting start up marketing company Social Chain as the first member of their finance team, where she studied AAT Level 4. She progressed to become the Finance Manager leading a team of three.

“Social Chain has a great culture,” Jess says. “They’ve funded my AAT training and supported me with time off to study and take my exams. The company’s grown massively in a short space of time and I was definitely thrown in at the deep end when I started, but it’s not just a workplace – it’s where my friends are, so it’s a pleasure to come to work every day. Every employee is valued and we get some great perks too.”

After six years at Social Chain, Jess was headhunted again for another start-up an investment company, Fearless Adventures. “Fearless Adventures is giving me the opportunity to use even more of what I have learnt through AAT. We are using a combination of investment as well as talent to help drive business growth. I’m the Management Accountant so it’s my job to collate and analyse the figures for each of the partners, I get to work directly with the entrepreneurs to give them the information they need to make the right decisions for them. It’s nerve racking but exciting to be in the start-up world again.”

When she’s not working, Jess enjoys hiking with her husband Steve. “It’s a great way of spending time together,” she says. “You can very much be in your own space, take your time and enjoy being outside.”

And she firmly believes that her AAT qualifications been a huge boost to her career.

“I’ve encouraged my team to do AAT, and am hoping to become a professional member at some point in the future. I’m also now part qualified through ACCA, which studying with AAT gave me a great foundation for.

“Studying for my AAT qualifications and working at the same time has definitely helped my career progression. It’s meant I’ve been given an opportunity that I wouldn’t have had otherwise. There is a different way.”

Case study: “I never went to university – and now manage my company’s finances”

Farha Jamadar, 31 from Greenford, North London, didn’t get the opportunity to take A-levels. She instead left school a year earlier, after failing her AS exams.

“I had done well at school up until that point, so imagined I would do A-levels and go on to university,” Farha says. “I suddenly had to re-evaluate everything. I had no real idea what I wanted to do, but had always been interested in business, so found myself a business administration apprenticeship with American Airlines.”

“I loved it, and soon realised I was fascinated by the finance side of things.”

Farha looked for a permanent role locally, and found a job at Northolt-based timber suppliers Todd Doors. She was soon thrown in at the deep end after her manager left but was supported through her accounting qualifications with AAT over a three-year period.

“I loved that I was studying something which had a direct and immediate impact on my job,” Farha adds.  “I would study something one evening and be able to put it into good use the next day.”

As Farha progressed through her studies, she was also promoted at work, up to her current position of financial accounts manager. She is now studying for a further accountancy qualification with CIMA and is training to become a finance director, as well as helping to navigate the business through the challenges of the ongoing Covid-19 (coronavirus) pandemic.

“I manage my team, keep an eye on all the numbers, and make sure everything is spot on from stock control in our stores to our budgets,” Farha says.

“To people currently considering their career path – try other things, think differently and you never know where it will take you.” 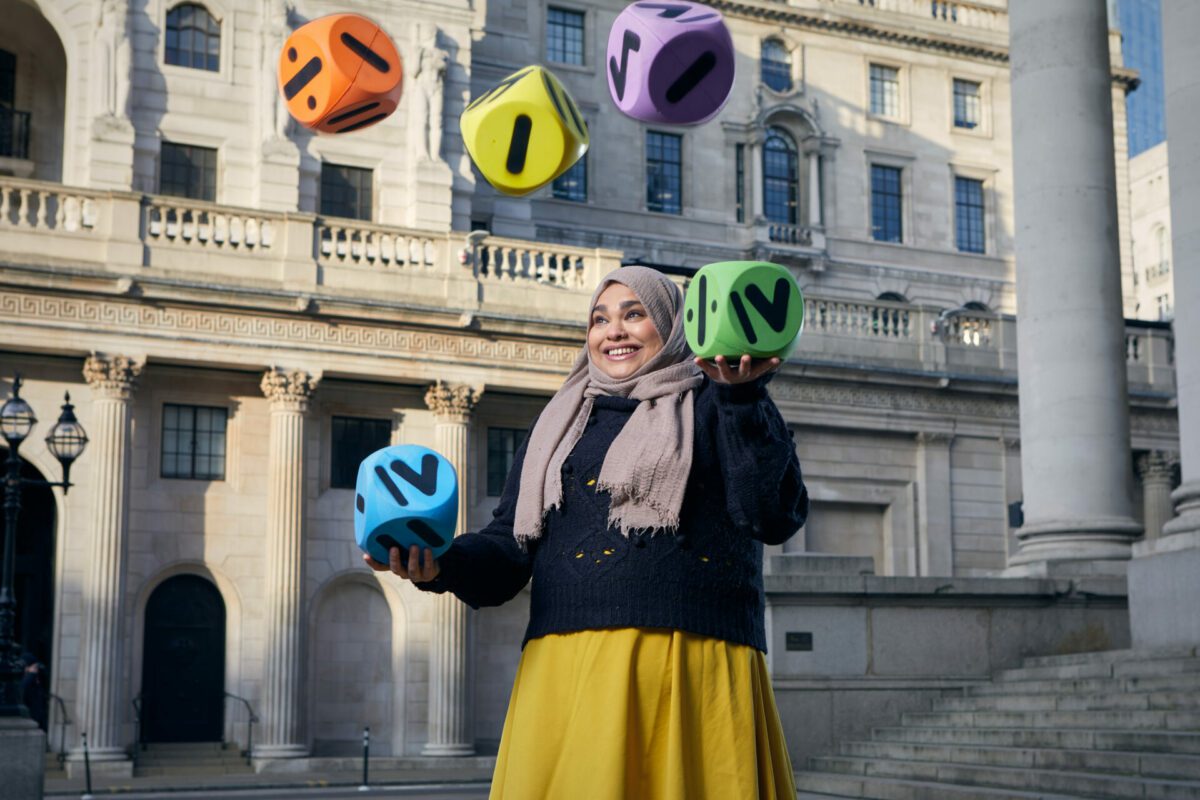 Only 2% of British adults could identify all 10 of the most common GCSE level mathematical symbols in UK #WorldMathsDay challenge Key findings: Most Brits…

Functional Skills have only really been delivered by providers for two years but they are now well understood and accepted by employers and individuals. Within… 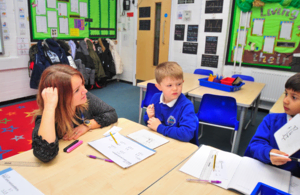 Ofsted has published the third in a series of reviews into different subjects across the curriculum. The latest review looks at mathematics education. The review… 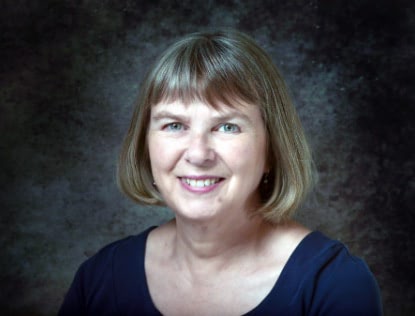 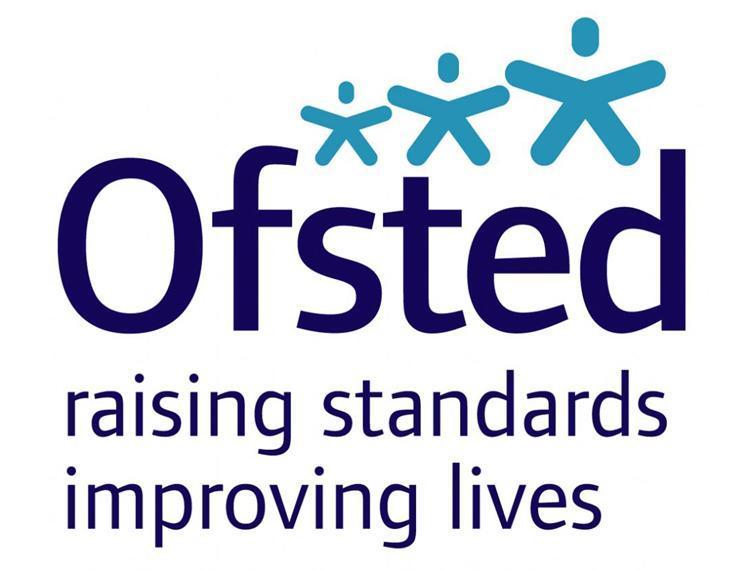 According to Ofsted, not enough pupils are being taught the sense of mathematics, meaning they are less able to use it confidently at work or…