There are a number of fantastic apprenticeship stories within the awesome businesses we work with at LDN Apprenticeships and it’s always great to place young people into jobs around London with brand new companies.

We discussed their roles and how Adam has helped District4 progress as a business and helped them compete within the highly competitive recruitment industry.

Adam started by telling us about why he applied for an apprenticeship and the choices he had to make:

I decide to do an apprenticeship because I went to uni last year and I didn’t feel like it was for me.

I work better by actually doing practical work alongside the learning process, so an apprenticeship was much better for me personally.

After making the big decision to leave university and kickstart his career with an apprenticeship, it was now time to get a job!

Adam met Kyle at our Career Kickstarter event, who was attending alongside several other employers looking to recruit an apprentice into a digital marketing role for his team.

Amongst a strong group of potential digital marketers, Adam stood out amongst them.

Kyle felt he would be a perfect fit for the District4 team. Kyle said,

What convinced me to recruit Adam was meeting and interviewing him at the Career Kickstarter.

Spending time with a different group of potential apprentices and seeing different skills was a big part of the hiring process.

Then after seeing Adam’s skills really shine when given different tasks during his work trial for us, we felt like he was a really good cultural and skills based fit

Within the ever-changing world of recruitment, it is important for recruitment companies to keep up and evolve its business for the digital world.

Kyle went on to talk about the tasks and jobs Adam has taken over since starting at District4 and the weight it has lifted off his shoulders, not to mention the time it has saved not only him, but the company as well.

Before Adam joined, I was responsible for all of our social media and the planning of our community platform!

He has now taken on both of these roles to great effect. He owns them completely and has freed up an incredible amount of valuable time.

Adam explained to us in more depth about those tasks he has taken over and how he has become such an integral part of the District4 team in such a short space of time.

Taking over the marketing side of the business and implementing new strategies and ideas was certainly a big task and Adam knew this was an opportunity to show his passion for marketing. Adam said:

No one else was really marketing here, so I pretty much had to do everything myself. So it’s really good to understand the concept and different strategies the I can use.

I’ve also been a part of creating big projects in the first few months as well. We did a series called ‘Why Move’, which is all about relocating to different areas of the world which I wrote the copy for and marketed.

I also created the infographic that was shown at our awards night and seen by the whole company, so that was really enjoyable to create as well.

The world of recruitment is changing and District4 are evolving with the times. The days of hitting the phones and talking to as many people as possible are still a huge part of recruitment, but the advances in technology and online recruitment mean there is a huge area of potential expansion.

Now Adam is settled into the role and embedded into the team, Kyle can now begin to see the benefits in recruiting a digital marketer for his sales pipeline.

He talked to us about his decision to recruit a young person studying digital marketing, as opposed to a ‘traditional’ recruiter. Kyle said:

For Adam’s role, it isn’t about the recruitment experience and the ability to recruit. It’s really about communication with our community as a talent, so having someone who isn’t focused on recruitment allows them to build a much easier relationship.

From that, we’ve seen a lot of positives. We’ve brought in new clients from events that Adam has been a part of running and we’ve certainly seen a huge uptake in our followers on Twitter and LinkedIn. Social media presence really does make a huge difference.

By introducing Adam to the team, Kyle took advantage of an untapped pool of talent he wouldn’t have been able to find without hiring an apprentice.

There was a well thought out recruitment structure when deciding to hire an apprentice, with the idea of not only bringing in fresh ideas but changing the team dynamics upon his arrival as well. Kyle continued:

We could have goe and tried to find someone with experience but I think they would’ve brought a very ridged view of how to do things.

Having someone come in without the experience but a lot of new ideas has allowed us to really try different things.

Adam is now an integral part of the team. He’s very keen to own parts of the role confidently and delivers on them consistently.

Adam and his team at District4 are a brilliant example of how apprenticeships work for businesses and for young people.

Recruitment is a highly competitive business and by hiring Adam, Kyle and the team are futureproofing their business by injecting new ideas into the company with a digital marketing apprentice. 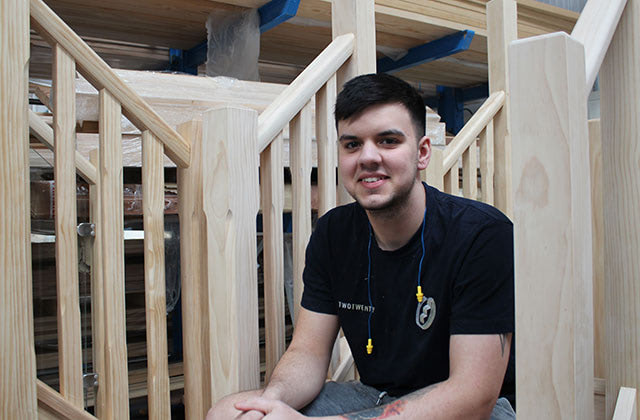 Adam Piper, a Burton and South Derbyshire College joinery apprentice has been making a name for himself in the workplace at Two Twenty Staircases in… 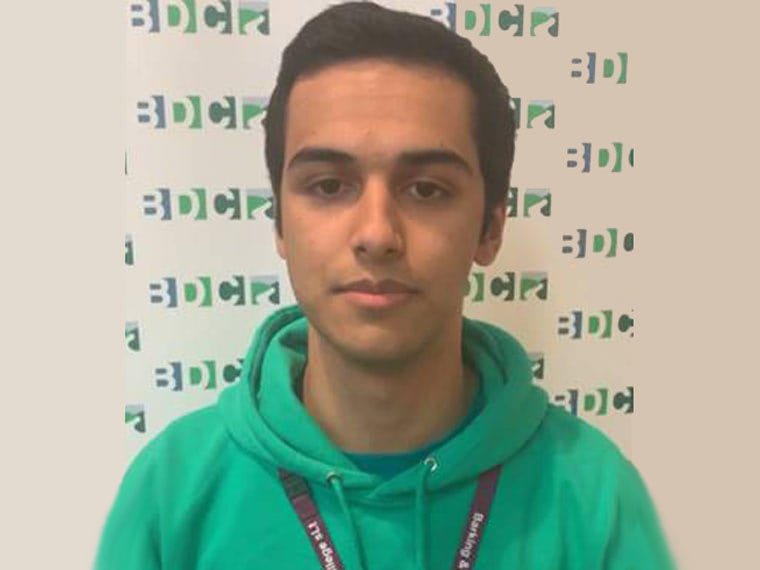 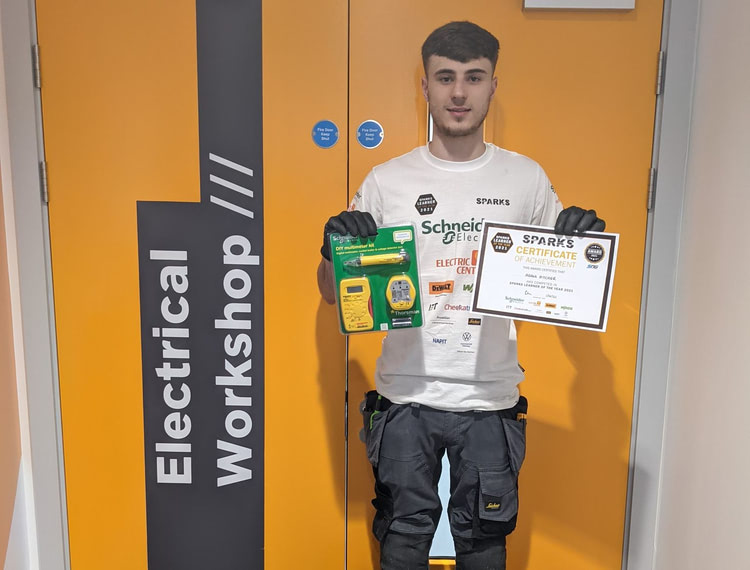 AN OLDHAM College (@OldhamCollege) Electrical apprentice powered his way to an ‘exceptional performance’ at the Sparks Magazine Learner of the Year 2021 final.  Adam Pitcher,… 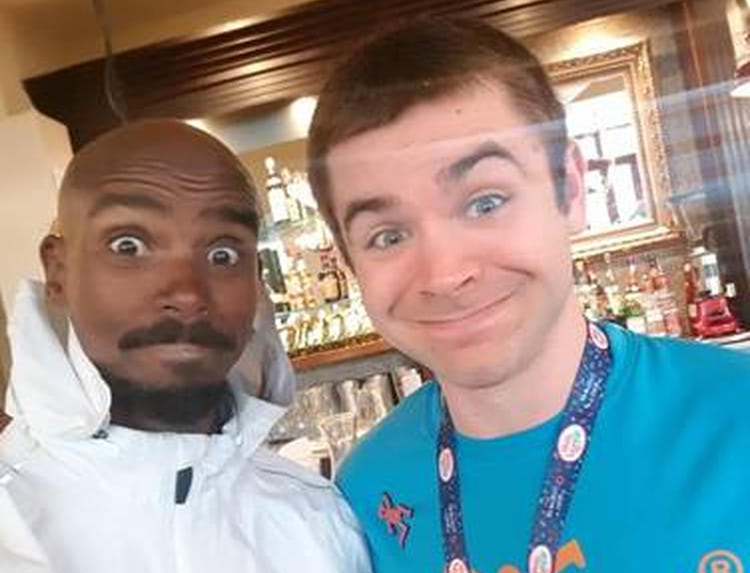 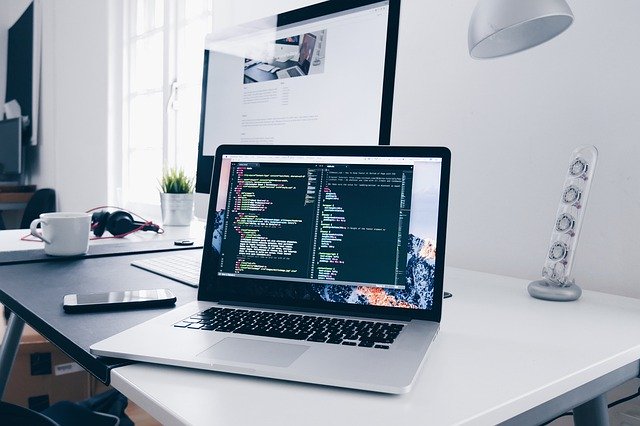