The best teachers from across the world will be supported to work in schools in England from 2023, as part of the government’s commitment to ensure every pupil is taught by an excellent teacher.

International teachers wanting to teach in English schools will need to meet a new set of consistent standards, rather than their eligibility being dictated by the country they qualified in. The move will open up opportunities to teachers right across the world and make it fairer and easier for the world’s best teachers to work in classrooms in England.

Under plans announced today (Friday 10 June), new, high standards will be introduced, which include the need to have completed teacher training of at least the same academic standard as that in England and a requirement to demonstrate a proficient level of English.

The move is part of the Government’s continuing drive to make sure there is an excellent teacher in every classroom, sitting alongside the commitment to deliver 500,000 high quality training opportunities by 2024 to level up and ultimately ensure that where a child lives has no bearing on the opportunity available to them or the quality of their education.

“I want this country to be the most attractive place in the world to be a teacher – that means world class training, high standards and crucially, opportunity.

“It’s our fantastic teachers that create the next generation of engineers, mathematicians, artists, linguists and doctors and the expertise we draw upon shouldn’t be limited by geographical location.

“That’s why our plans to make it simpler for high quality teachers from all over the world to teach in our classrooms are so important, and why I am excited to welcome the best international teachers to our schools, ultimately to make sure each and every young person has the education and opportunities they deserve.”

Teachers arriving in England from overseas who are early on in their career will get the same induction period as teachers in England, such as reduced timetables and access to a mentor and development. This support will help them as they first take up a teaching post and ensure every teacher is of the high standard required, as part of the Government’s Early Career Framework.

The current system only recognises teachers from a list of 39 designated countries, including across Europe, the United States and Australia. Teachers from other countries need to re-train, or otherwise find work as an unqualified teacher and then go through paid assessment of their teaching practice.

Julie McCulloch, Director of Policy at the Association of School and College Leaders, said:

“We welcome the move to open up opportunities to teachers from across the world to teach in England, but this is a sign of the very severe teacher shortages being experienced by schools and colleges. The government repeatedly misses its own initial teacher training targets and far too many teachers are then leaving the profession early in their careers. This situation often means that schools are left struggling to fill vacancies and this particularly affects those which face the greatest challenges.

“The problem is that schools and colleges are underfunded by the government, subjected to an excessively harsh accountability regime, and that the government has presided over a lengthy period of pay austerity which has seen the real value of salaries eroded over many years. Teaching is a fantastic job but it is not surprising that we are struggling to recruit and retain staff when they are worn-down and underpaid. The government is attempting to remedy the situation with various initiatives but it is all a bit lacklustre and piecemeal.

“The scale of the problem requires a more strategic approach backed up with more investment.”

“We entirely agree with the minister that the expertise that schools can draw upon shouldn’t be limited by geographical location. But the government is driven less by internationalism than by the desperate state of its recruitment and retention policy. The government’s aspiration to make England the best place in the world to be a teacher will not be realised through a system in which real levels of pay are falling and workload is intensifying.

“Latest Government figures show the number of newly qualified entrants to the profession is lower than in every year but one since 2012. The number of teachers leaving within their first year has increased to 1 in 8, with almost a quarter of teachers leaving the profession within three years and almost a third within five years. A succession of Conservative governments have continually made England a worse place to teach, and less attractive to teachers with whom we currently have an existing agreement on Qualified Teacher Status. Numbers of overseas teachers awarded QTS have declined by 57% since 2015/16.

“This is the latest in a string of announcements which ignore such basic problems in favour of attempts at piecemeal solutions. Without fundamental changes the deep-rooted recruitment and retention problem will continue with the obvious detrimental impact on children and young people’s education.”

The best teachers from across the world will be supported to work in schools in England from 2023, as part of the government’s commitment to…

Every teacher in the country will have access to free, high-quality, ongoing training as part of the Government’s continued drive to ensure every pupil in… 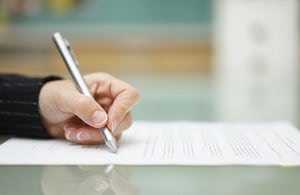 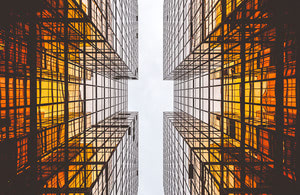 The Institute for Learning (IfL) has renewed its call for an alignment of further education teachers’ professional status with that of teachers in schools. According…

Trainee teachers will benefit from high-quality mentoring and increased time on school placements, through government reforms to drive up teacher training standards. The government is…