The UK Government today set out ambitious plans to clean up our energy system, support up to 220,000 British jobs, and keep bills affordable as we transition to net zero by 2050.

Building on the Prime Minister’s Ten Point Plan for a Green Industrial Revolution, the Energy White Paper sets out specific steps the Government will take over the next decade to cut emissions from industry, transport, and buildings by 230 million metric tonnes – equivalent to taking 7.5 million petrol cars off the road permanently – while supporting hundreds of thousands of new green jobs.

We will put affordability at the heart of the UK’s decisive shift away from fossil fuels by boosting competition in the energy retail market to tackle the ‘loyalty penalty’ – longstanding customers who pay more than new ones – and by providing at least £6.7 billion in support to the fuel poor and most vulnerable over the next six years.

“Today’s plan establishes a decisive and permanent shift away from our dependence on fossil fuels, towards cleaner energy sources that will put our country at the forefront of the global green industrial revolution.

“Through a major programme of investment and reform, we are determined to both decarbonise our economy in the most cost-effective way, while creating new sunrise industries and revitalising our industrial heartlands that will support new green jobs for generations to come.

“At every step of the way, we will place affordability and fairness at the heart of our reforms – unleashing a wave of competition so consumers get the best deals possible on their bills, while protecting the vulnerable and fuel poor with additional financial support.

“With this long-term plan, we are turning climate ambition into climate action – putting the UK firmly on the course to net zero to end our contribution to climate change as we build back greener.”

Alongside the Energy White Paper, the government has also confirmed that it is to enter negotiations with EDF in relation to the Sizewell C project in Suffolk as it considers options to enable investment in at least one nuclear power station by the end of this Parliament. If the project proceeds, it could create thousands of new jobs during construction and operation.

This is the next step in considering the Sizewell C project, and negotiations will be subject to reaching a value for money deal and all other relevant approvals, before any final decision is taken on whether to proceed. The successful conclusion of these negotiations will be subject to thorough scrutiny and needs to satisfy the Government’s robust legal, regulatory and national security requirements.

“Today’s White Paper reveals the scale and opportunity of the energy transition, with aims in it to at least double the amount of clean electricity produced today, start making our homes warmer and greener, and help the switch to electric vehicles.

“The energy industry will do our bit to innovate, supporting our customers so that they benefit from the Net Zero transition and investing in the green infrastructure we need – but clear policies from Government help us do that. This is what the White Paper – and other publications over the next year – should provide.”

“The Energy White Paper is an important next step in our plans to reach our net-zero emissions target. Action is needed now, and the welcome focus on job creation around the country, developing sustainable low-carbon industries, and ensuring the transition is fair for consumers will all help us achieve our ambitious climate goals.

“Business stands ready to deliver the investment and innovation needed to turn ambition into reality, and the proposals outlined in the Energy White Paper will give business further confidence to deliver new infrastructure, including electric vehicle charging, renewable power generation and low-carbon upgrades to people’s homes.”

“Today’s white paper provides greater clarity to the companies investing across the UK to deliver our net zero emissions target. Wind and renewable energy will be at the centre of our future energy system, providing the clean electricity and green hydrogen we need to decarbonise our economy. The next generation of onshore and offshore wind farms will bring tens of billions of pounds of investment to support a green recovery and create thousands of jobs across the country as we transition away from fossil fuels. To meet the goals set out in the white paper, it’s clear that we have to double-down on renewables as the main source of energy for our homes, transport and industry.”

Core parts of the Energy White Paper backing our ambitious plans include:

Plans to create jobs through the Energy White Paper build on the unprecedented £280 billion support package that has been provided as part of the Government’s Plan for Jobs to safeguard jobs in every region and nation of the UK, with support now extended until March 2021. This builds on the nine million jobs already protected through the furlough scheme, £13 billion provided for the self-employed, and billions of pounds in tax deferrals and grants for businesses.

Kick-starting the process of ensuring fairness and affordability for bill-payers will be a series of consultations in spring 2021 to create the framework to introduce opt-in switching, consider reforms to the current roll-over tariff arrangements, and a call for evidence to begin a strategic dialogue between Government, consumers and industry on affordability and fairness.

The UK ETS will promote cost-effective decarbonisation, allowing businesses to cut carbon where it is cheapest to do so, promoting innovation and growth for UK businesses. It will be the world’s first net zero carbon cap and trade market, and a crucial step towards achieving the UK’s target for net zero carbon emissions by 2050.

The scheme is more ambitious than the EU system it replaces – from day one the cap on emissions allowed within the system will be reduced by 5%, and we will consult in due course on how to align with net zero. This gives industry the certainty it needs to invest in low carbon technologies. 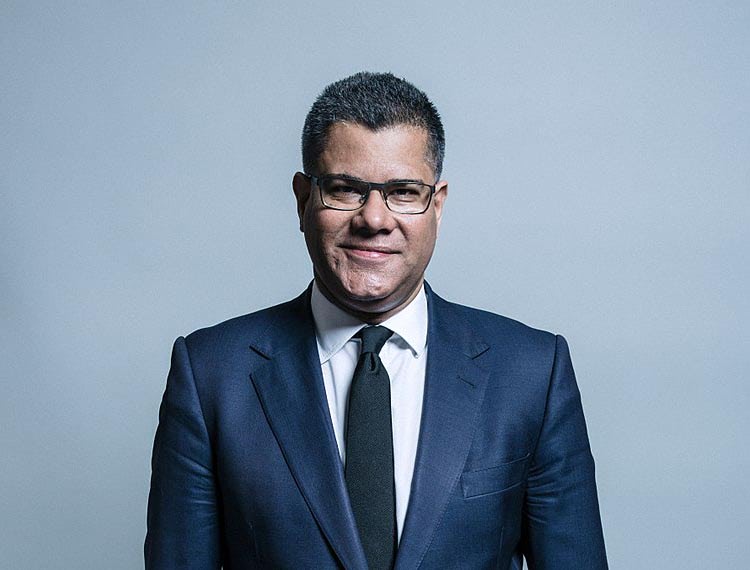 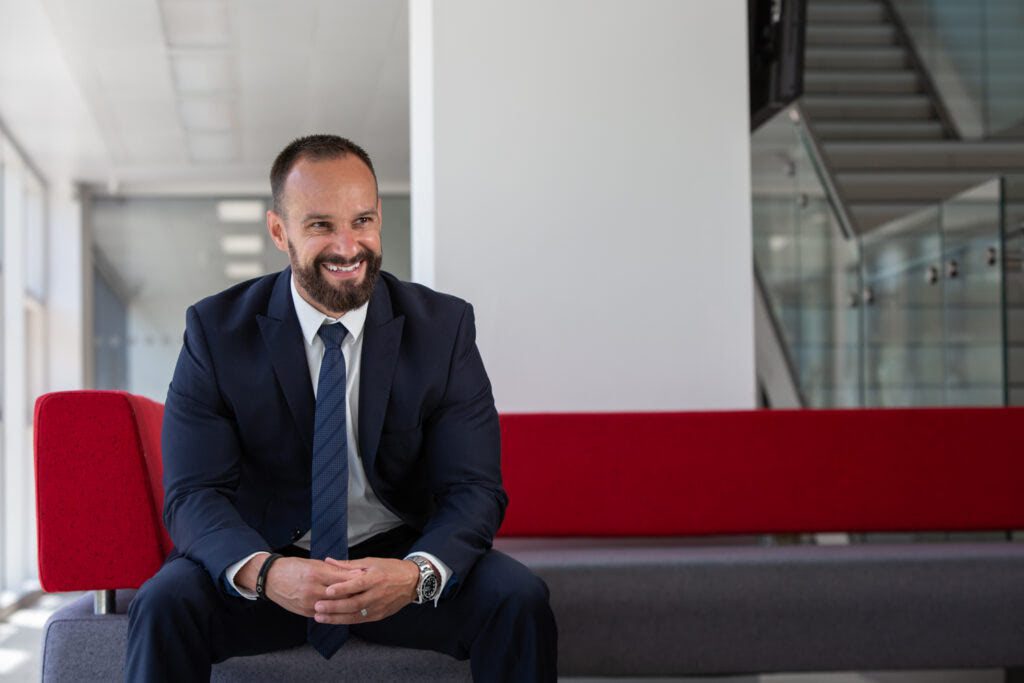 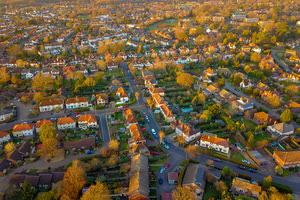 Confirmed today (4 August 2020) by Housing Secretary @RobertJenrick, tens of thousands of new homes and other vital infrastructure projects were given the green light… 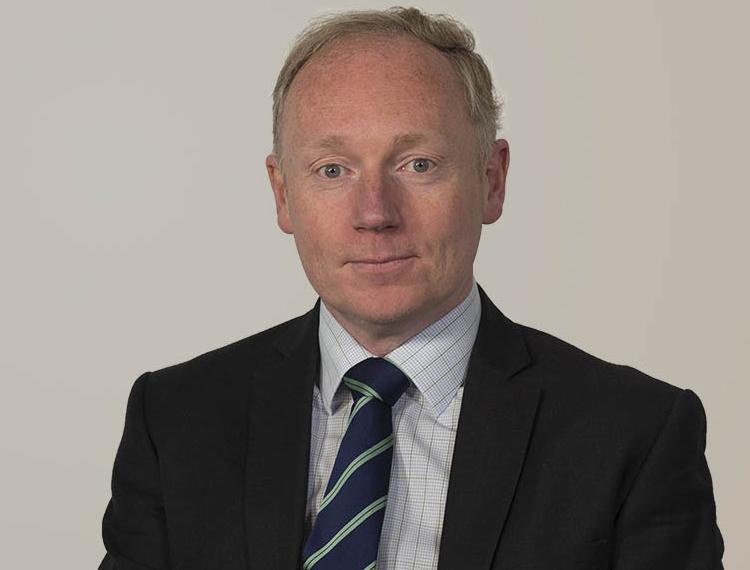 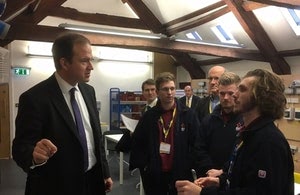