Home to the Livewell Southwest’s specialist Prosthetics team, the Thornberry Centre in Derriford is now also the location of a colourful mural welcome, thanks to a collaboration between BA (Hons) Painting, Drawing & Printmaking students from Plymouth College of Art.

Second year student Camsell Downing and third year student Jo Haskins transformed the clinical waiting space at the Centre, converting one of the plain walls into a large painting inspired by Brixham, a local village in Devon with a working harbour and fishing port

Camsell Downing, originally from Somerset but now based in Stoke, Plymouth said,

“The original idea came from my colleague Jo, we knew that the Centre wanted a Devon theme, so Jo thought we should incorporate a working fishing village as a nod to the heritage of the area.”

“After several trips to Brixham to sketch, we began the mural on a board in the studio, initially layering blue tones. After that, we proceeded to introduce more colour and detail. I got particularly carried away flicking paint across the image to give texture to the sea in the foreground!” 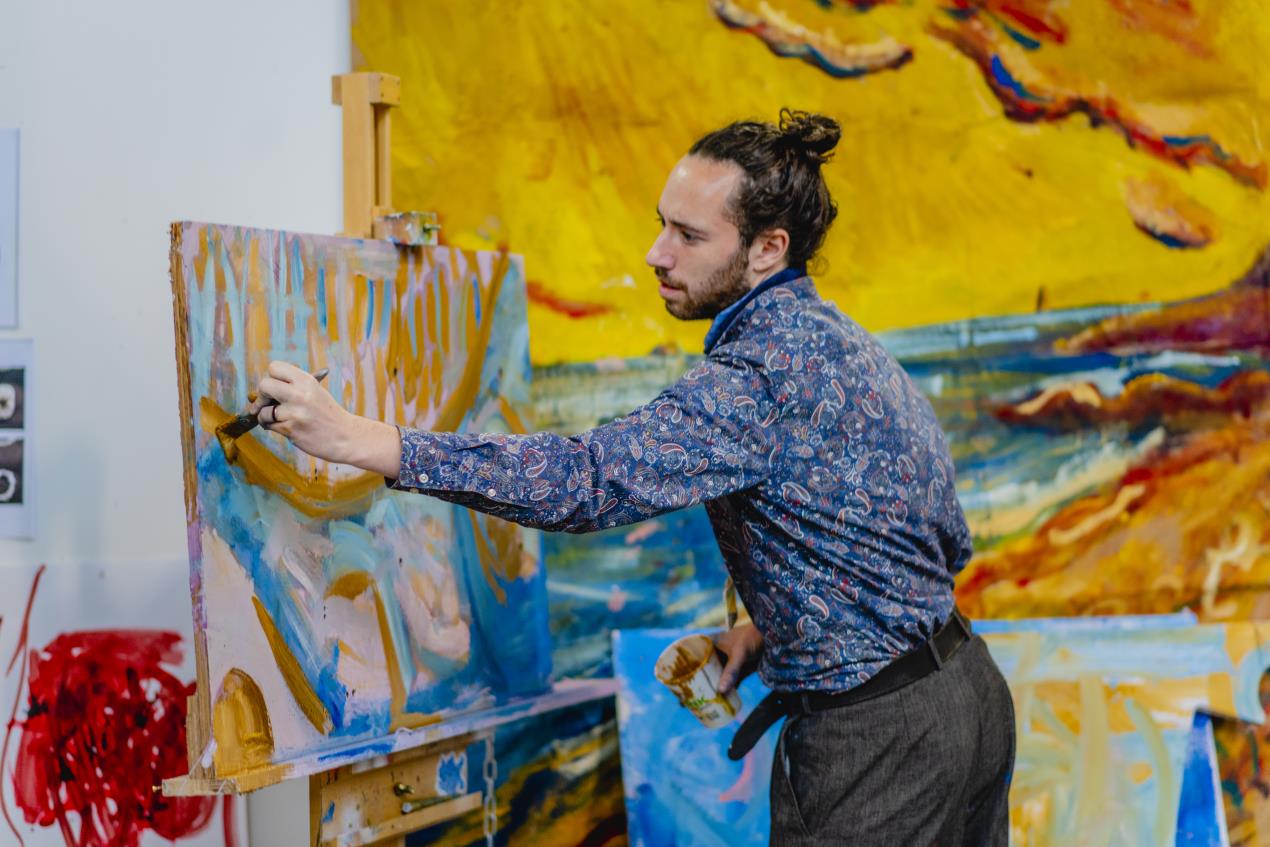 Camsell painting in the Drawing Studio at Plymouth College of Art

Jo Haskins, who moved to Hope Cove from the Southern Alps of France to attend Plymouth College of Art, said,

“The title of the mural is ‘Above and Below’, so an idea based on a local fishing village above, then taking viewers under the sea to experience the local marine life below. We included local wildlife and landmarks such as a starfish and lobster baskets.”

“We’ve been wanting to create something like this for years, especially considering that we see children as well as adults at the Thornberry Centre. When people come to see us, their appointments can be lengthy due to the specialist nature of what we do, so we wanted to enhance the environment for them. Our patient feedback welcomed this addition.”

The mural installed in the Thornberry Centre

“We now have the painting in place, and it’s amazing to see. Because of the scale, it takes up the whole side of one of our rooms, the more you look at it, the more you see. For children particularly, it’s important to have something that can act as a distraction as appointments can be scary, but it’s a painting that can be enjoyed by all.”

“We really appreciate the work that Camsell and Jo have done for us, which has greatly improved the environment at the Thornberry Centre for the people who use our services, and hope to be able to work on similar projects again in the future.”

Inspired by exploring landscapes and the people that inhabit them, Camsell added,

“As a practising artist, it’s really nice to have a piece of work that’s going to be seen regularly that’s in a public space, rather than inside a gallery.”

The Thornberry Centre are now planning to add a plaque crediting Camsell and Jo with the work, while Camsell is now working on an exhibition for November – you can see more of his work at camselldowning.co.uk and Jo’s work at johaskins.co.uk 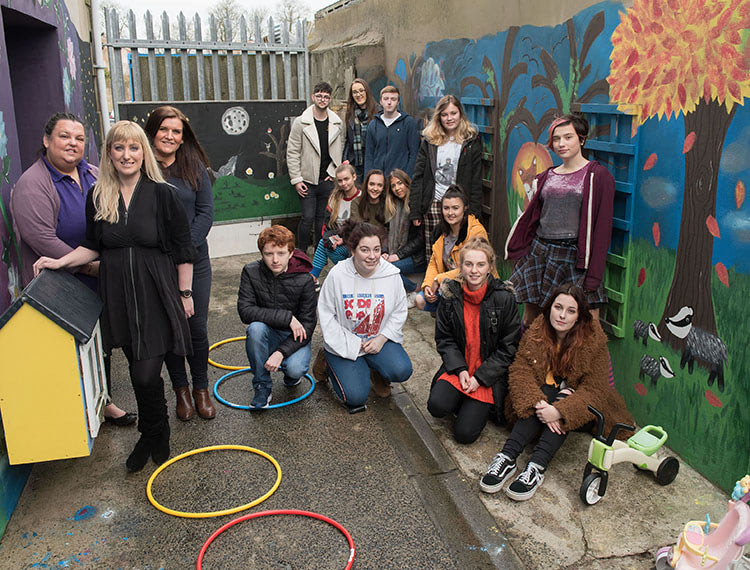 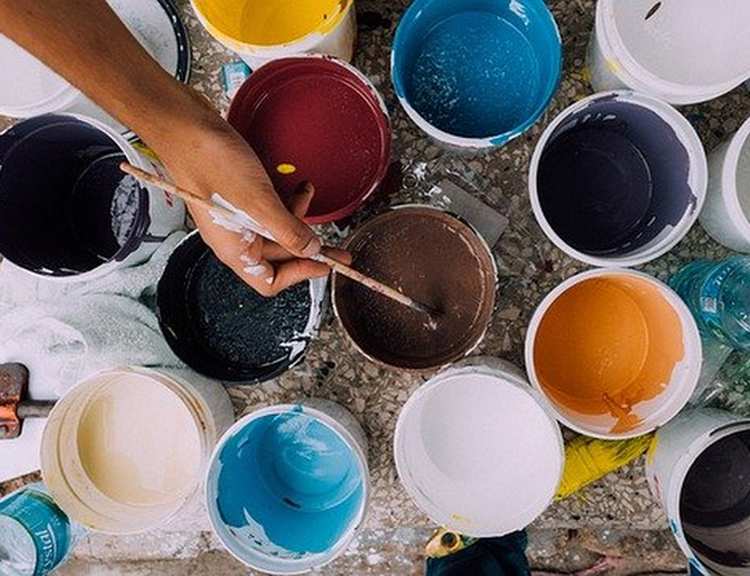 If you head down to Union Street, in Plymouth, it doesn’t take long before you discover Union Corner, opposite the infamous Dance Academy. It’s far… 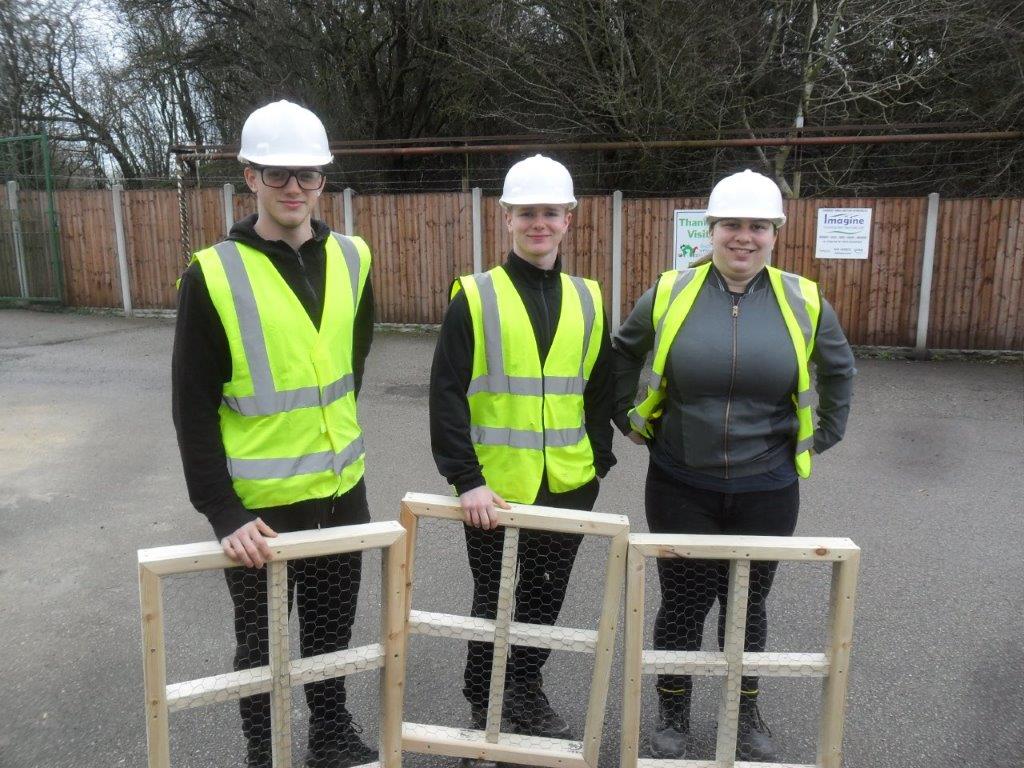 Level 1-3 students studying Site Carpentry and Joinery at Rotherham College, Dinnington campus have had the opportunity to work on a real-life project with Thornberry… 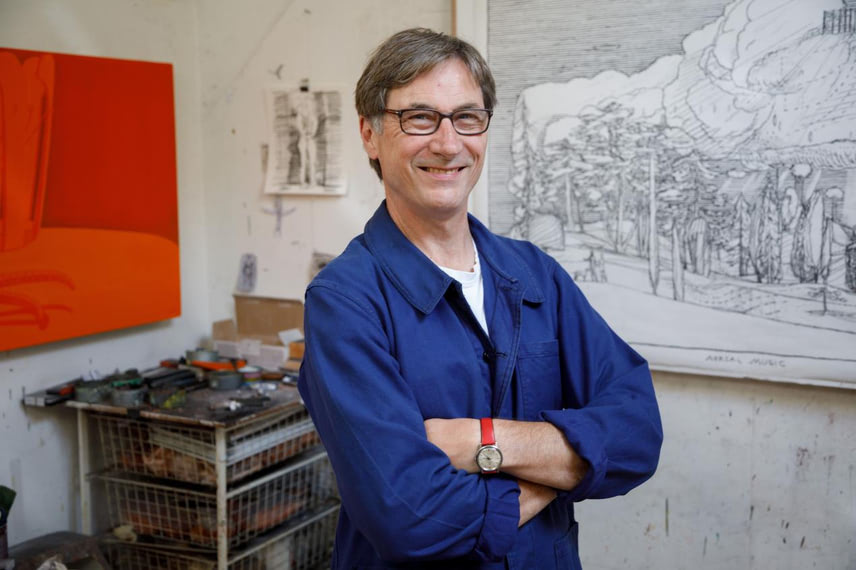 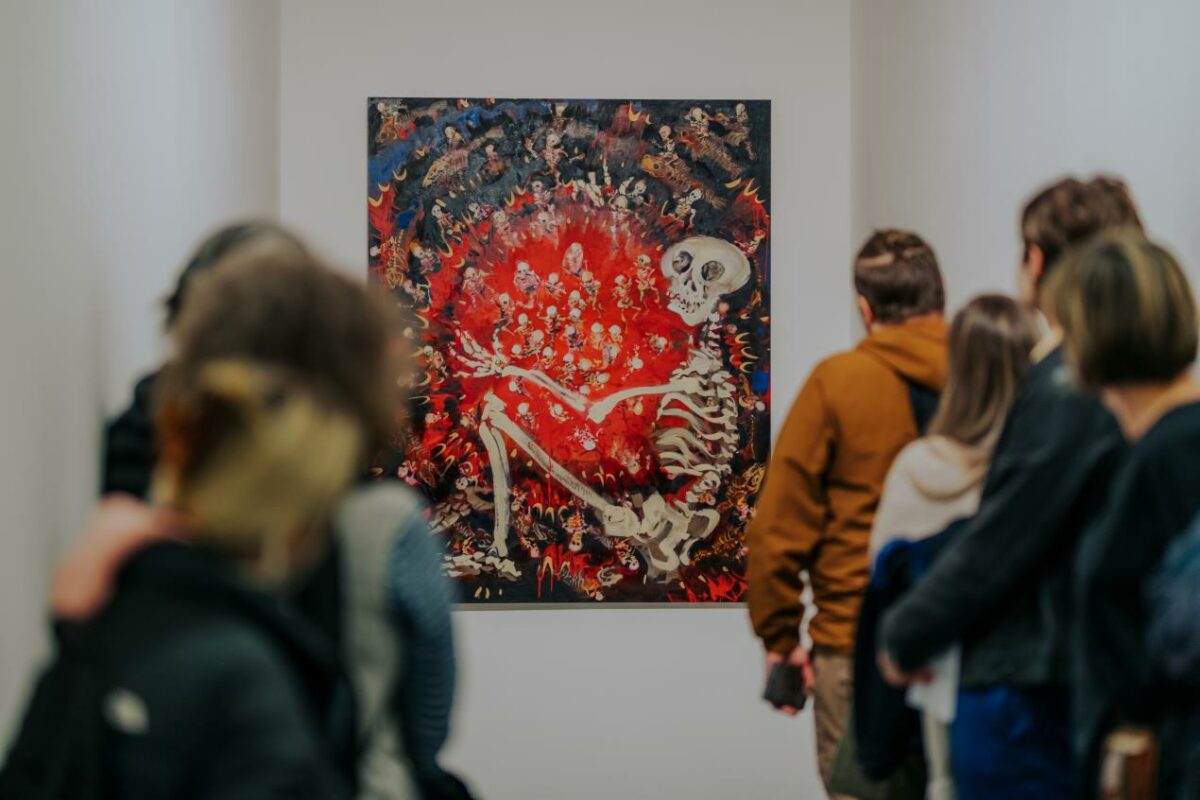 @PlymouthArt – Bodies in Space holds a MIRROR to social & political change A group exhibition of figurative painting and drawing at MIRROR, Plymouth College…