AN ARMY veteran turned college lecturer received a national accolade for his services to education and inclusivity.

Alan Lowry, a Sports and Public Services tutor and Duke of Edinburgh’s Award (@DofE) Coordinator at Coleg Cambria (@colegcambria) – based in Wrexham, Deeside, Llysfasi and Northop – received a bronze medal in the Leavers to Leader category at the Welsh Veterans Awards.

Nominated by colleagues, Alan was praised for his for his military and academic careers having joined the Army as a Junior Leader with the Royal Welch Fusiliers in 1975.

He served all over the world – including Germany, Bosnia, Canada, and Kenya – rising to the rank of Warrant Officer before retiring in 1999.

His great passion became helping young people to become the best they can be physically and mentally, whatever their background, a trait which led to Cambria’s DofE provision becoming one of the best in the country, attracting 20 times more participants than it had before his arrival.

“I am honoured and quite taken aback to receive this bronze award,” said Alan.

“Thank you to the college and to the many people who have supported my career, from the military to education and in my 33 years as a DofE coordinator.”

He added: “The DofE has grown and grown here at Coleg Cambria, and there are far more girls joining us year on year, which is fantastic to see.

“It’s very different to when I started but the ethos is the same, encouraging young people to get outdoors and learn new skills, giving back to the community and working as a team.

“These are skills that have served me well over the years, so I’m happy to be able to give back to others and once again would like to say thank you for this award.”

In a statement by Coleg Cambria, Alan was praised for his work in bringing Uniformed Public Services to the institution two decades ago.

“Alan has educated hundreds of students who have progressed their careers in the Uniformed Public Services. His classroom is an experience in itself as it transports you into the world of the Armed Forces and is a place where students love to learn.

“His involvement in the DofE saw the college attract 20 times more participants than it had previously. He an ambassador for the scheme and believes its resurgence reflects the college’s culture of health, fitness, and wellbeing.

“Alan was also a charity champion at the college and does so much to help others, raising thousands of pounds along the way.

“He encourages young people to get outdoors and learn new skills, give back to the community and work as a team. He leads the way and shows them how to do these things – that’s what sets Alan apart and why he is so deserving of this award.” 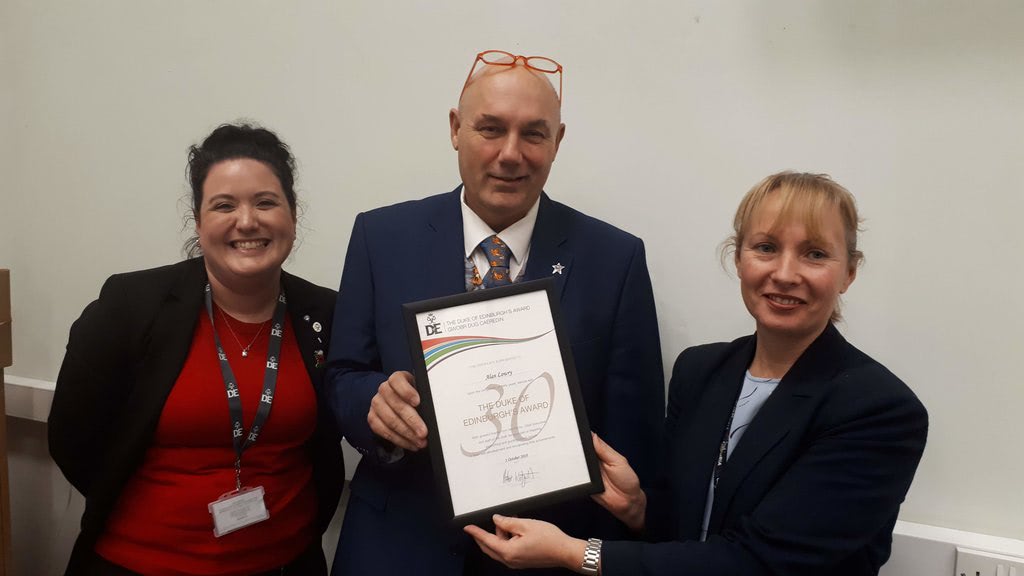 COLEG CAMBRIA is going for gold after celebrating a year of Duke of Edinburgh Award success. The north east Wales organisation has 20 times more… 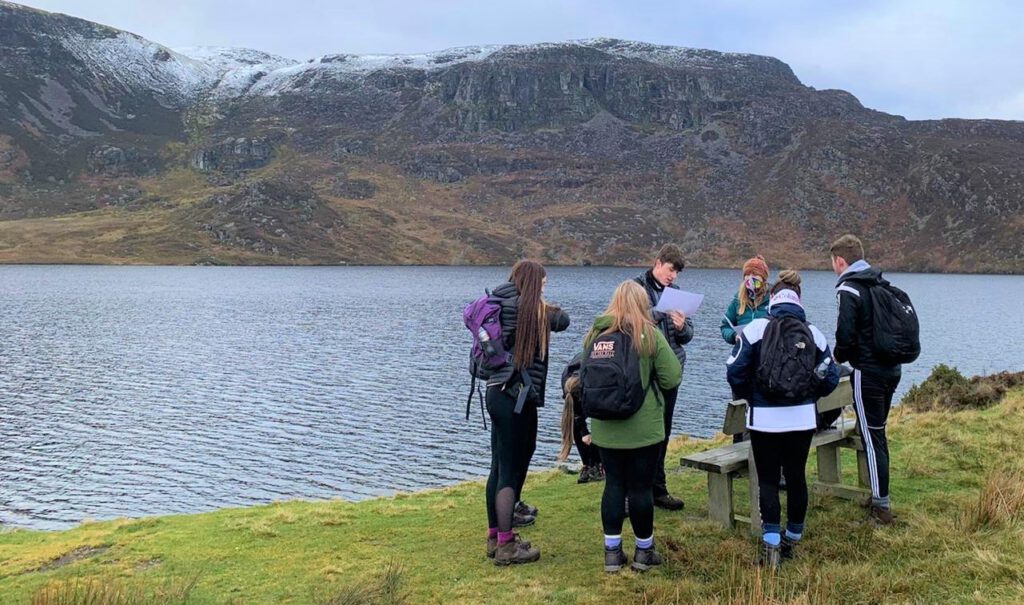 AN AMAZING 46 Coleg Cambria (@colegcambria) students achieved their Bronze Duke of Edinburgh’s Awards in the same week! A cohort from the north east Wales… 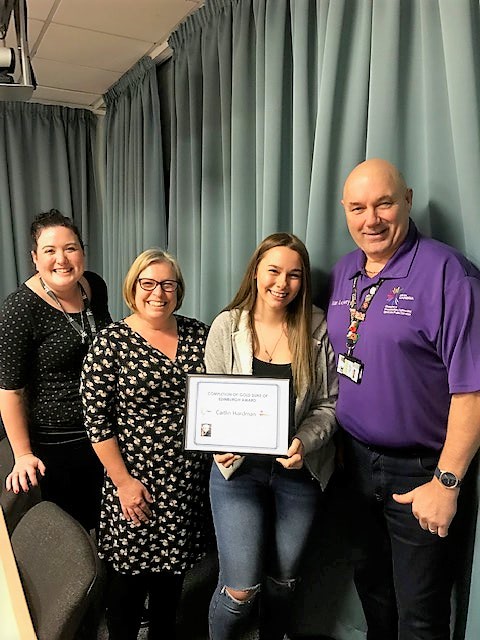 A STUDENT who struggled with anxiety before completing the DofE scheme will pick up her gold award at Buckingham Palace after a heartfelt U-turn. Caitlin… 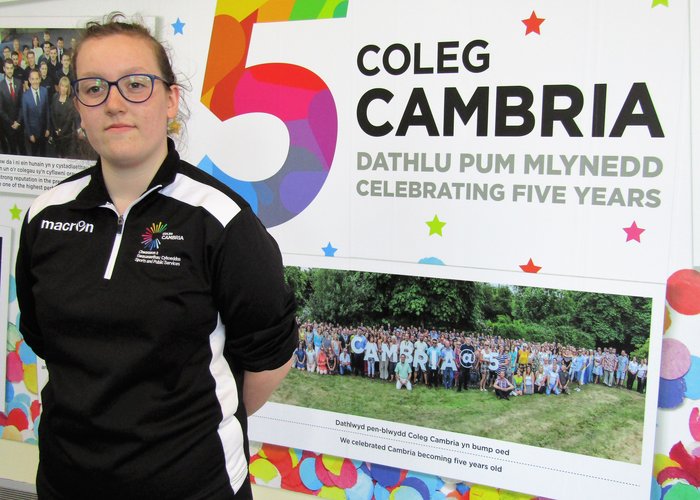 INSPIRING Coleg Cambria students have been awarded bronze medals at a prestigious prizegiving for their contribution to sport and their community. Georgina Tullet, Darren Evans… 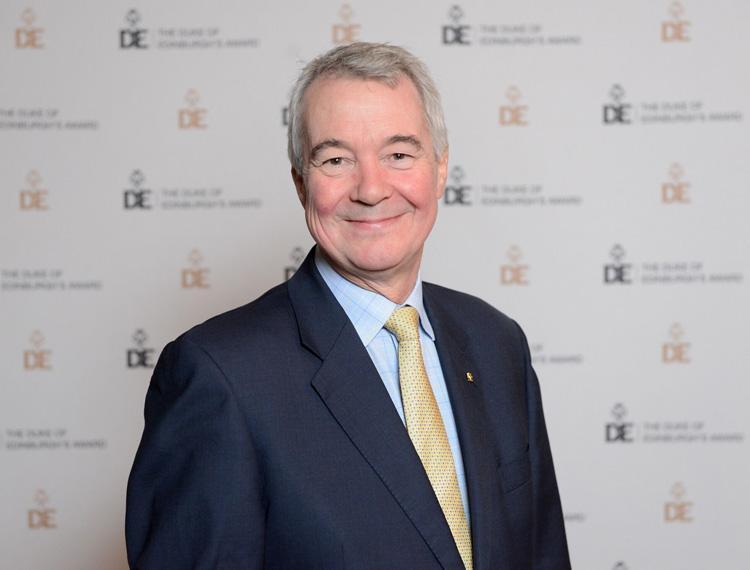