The @OpenUniversity (OU) is today (18 May 2018) calling on the Government to introduce a new “flexible learning incentive” in its submission to the Post-18 Review into education and funding in England.

The OU argues that the main cause of the dramatic decline in the number of HE students aged 21 and over in England – especially among those combining part-time study with work – has been the financial barriers imposed by the 2012 funding reforms.

The funding system makes it difficult to study flexibly as it is designed around the needs of young full-time students.

The Government now has a chance to review the impact of those earlier reforms and address the market failure in part-time education.

In its response to the Post-18 Review panel’s call for evidence, the OU urges the UK Government to consider introducing a flexible learning incentive – something that will encourage learners who want or need to study flexibly by making the cost of their fees lower. It would make study more affordable for students while also delivering dividends for the economy.

The OU submission says the flexible learning initiative would underpin some of the aims of the UK Government’s Industrial Strategy. The challenges of low productivity, rising automation and skills shortages over coming decades can only be addressed by encouraging existing workers to retrain in higher skills – and providing them with the necessary incentive to do so.

The policy paper warns that the 2012 funding changes have also had a serious impact on social mobility, limiting the ability of people to improve their life chances through study. Analysis of official HE statistics suggests that 17% fewer people from disadvantaged areas are starting undergraduate degrees in England than before the reforms.

A system that could allow people to dip in and out of FE and HE, pursuing shorter courses as and when they need them, would enable a workforce to progress in their current roles and/or move out and change career to fulfil professional roles in and out of the public sector.  It would also give people a second chance at education if, for whatever reason, they missed out earlier in life.

There would also be scope for students in the future to select options from different degree courses and institutions to create a bespoke qualification over an extended period.

“The Open University supports the Review’s ambitions and its focus on students.

“The Review has the chance to reverse the devastating – and entirely unforeseen – impact on part-time distance learning in England caused by the 2012 reforms.

“The sharp and sustained drop in part-time student numbers tells its own story. It’s a tale of lost opportunity which affects not just individual students but the economy as a whole. The only way to address this wrong is to return to some form of direct support to part-time students. A flexible learning incentive would help mature students to earn while they learn and support new forms of high-quality education. Above all, it would help drive social mobility and change lives.

“The OU supports the Review’s ambitions and in particular, the vision for a “joined up” system that is “accessible to all” and gives all students “effective choices”.

Universities UK is launching a new project today (6 Feb 18) to look at whether higher education can introduce more flexible ways of learning to meet the changing needs of students and employers.

Following the shift in 2012 in England to a tuition fee cap of £9,000, there has been a drop of around one third in the number of part-time student enrolments across the UK*.

And which would benefit most from recruiting graduates who have gained their higher education qualification through flexible learning.

The employer perspective will be delivered in partnership with the Confederation of British Industry (CBI). They will help seek the views of employers on their current and future skills needs and whether they would benefit from more flexible learning approaches.

The project will identify the main issues and develop policy recommendations that will feed into the government’s planned review of university funding and student finance in England.

Commenting on the project, Professor Julie Lydon, Vice-Chancellor of the University of South Wales and chair of the project’s advisory group, said: “For many students, the traditional, three-year full-time degree has been the preferred path. But for others, this way of studying does not meet their needs.

“As the economy and demand for skills change, we are likely to see more people looking to learn and re-train throughout their lives. It is vital therefore that our higher education system responds to these changing needs.

“We have seen a dramatic decline in the number of part-time and mature learners in recent years. If the UK is to prosper and compete internationally, this must be looked at by policy-makers. It is important, therefore, that it is addressed in the government’s forthcoming review of higher education in England. The findings and policy recommendations of this project will be fed in to that review.”

“Speak to any business and before long the conversation turns to skills challenges. With the world of work changing, developing additional and alternative routes to higher skills will matter more than ever.

“That is why the decline in part-time students is so alarming and why we are pleased to be working with UUK on this project. For many prospective students, other commitments, such as work or caring responsibilities, mean that being able to have a flexible approach to studying is essential and university provision will increasingly need to be tailored to meet people’s needs.”

The project will gather evidence, produce a range of outputs and develop policy recommendations by summer 2018.

*The one third decrease in part-time enrolments covers all students enrolled on part-time courses at UK higher education institutions between 2011–12 and 2015–16.

It is time to tackle the part-time crisis

Separate and direct funding for part-time higher education students and providers to reduce the cost of study in England is essential if the UK Government is serious about developing the skills the country needs, argues Peter Horrocks, Vice-Chancellor of The Open University, in a report published on the website of the Higher Education Policy Institute (HEPI).

The report calls on the Government to put the crisis in part-time learning at the heart of its review of university funding announced by the Prime Minister, and the forthcoming Industrial Strategy. It argues that direct funding could be in the form of a part-time ‘premium’ or specific learning-and-earning incentives, such as tax credits, learn-and-earn vouchers or increased flexibility in the apprenticeship levy.

Peter Horrocks says that the sharp rise in tuition fees prompted by the 2012 education funding reforms devastated the market for part-time higher education in England, which has seen a 61% fall in the number of students since 2008.  The shortfall in funding, particularly affecting those in the working age group aged between 30 and 49, risks undermining attempts to boost skills training and increase economic productivity.

Incentivising people to choose part-time over more expensive full-time courses brings savings to the public purse and increases productivity through better skills training which is implemented quickly as students ‘learn and earn’.

Part-time study, particularly the ability to learn and earn, is not only the key to tackling the UK’s slow growth and low productivity but also a vital engine of social mobility. Employers already decry a lack of skills within the workforce, yet the shortfall cannot be made up simply from the ranks of young full-time graduates.

If we are to truly provide the skills the country needs, we need to put in place direct financial incentives to develop solutions to the market failures affecting part-time higher education.

He says that Ministers must now give “urgent consideration” to solutions which would cut costs for people who want to learn while they earn.

The market for part-time higher education in England is in crisis. That creates major economic and social disadvantages. Changes to the part-time loan system could help. But truly transforming learning and earning will require new funding streams aimed at reducing the costs of study, targeted at where market failures are most chronic. Appropriately targeted and using relevant incentives and available funding, this could be done in a fiscally responsible manner.

The report paves the way for further research into detailed costings but suggests that a new system could be cost effective and pay for itself in time. The Open University will work with employers, education experts and think tanks in coming months to develop detailed proposals for direct support to part-time students.

The Open University previously supported a collection of essays on the collapse in part-time higher learning, entitled It’s the finance, stupid! The decline of part-time higher education and what to do about it.

Universities UK
Universities UK is the collective voice of 140 universities in England, Scotland, Wales and Northern Ireland. Its mission is to create the conditions for UK universities to be the best in the world; maximising their positive impact locally, nationally and globally. Universities UK acts on behalf of universities, represented by their heads of institution. 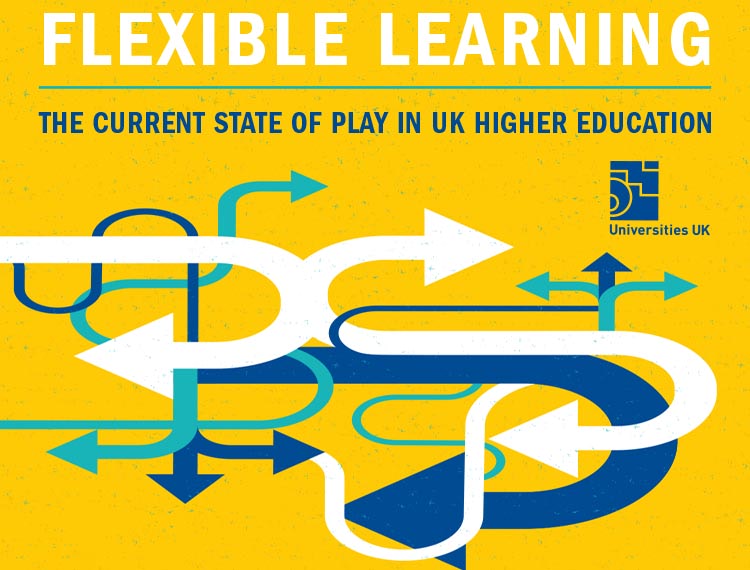 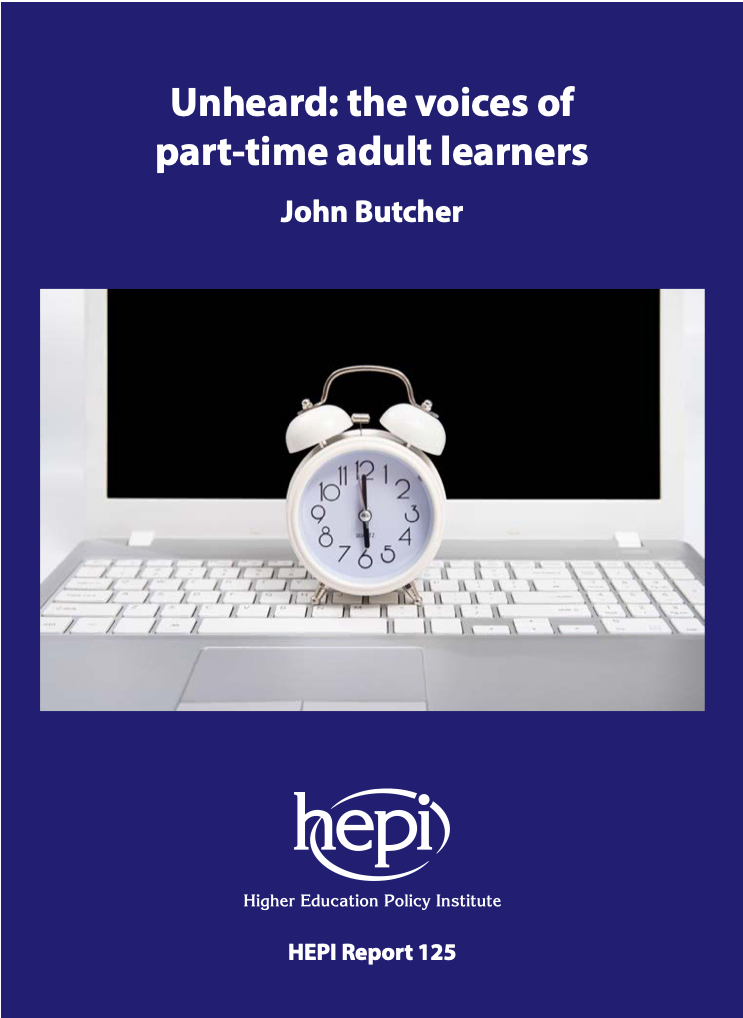 Why we must listen to the voices of part-time students A new paper published today (6 Feb) from the Higher Education Policy Institute, Unheard: the voices… 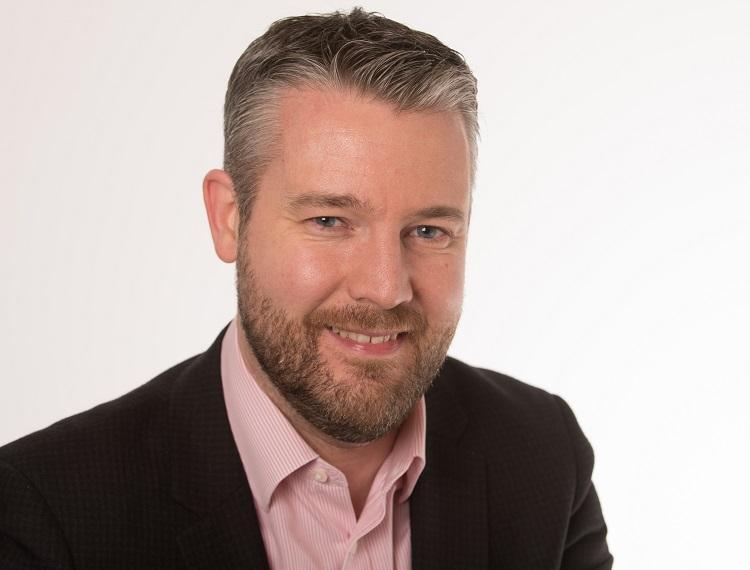