Today the UK Commission for Employment and Skills (UKCES) issued the latest Employer Skill Survey (ESS), which claims that although job vacancies are returning to pre-recession levels many employers are still finding it hard to recruit people with the right skills. The report finds that more than one in five vacancies (22 per cent) across the country are hard to fill due to skill shortages in the available labour pool.

The report also suggests skills shortages are getting worse and may be holding back the UK’s economic recovery. In many areas, these deficiencies have persisted over a long time and make the need for producing a talent pipeline crucial if we’re to meet the demands of business.

Speaking at the launch of the report, Douglas McCormick, Managing Director for Atkins, the largest UK-based engineering and design consultancy, said he currently had 200 vacancies that he could not fill due to the skills simply not being available. In a country that has a generation of frustrated young people who are looking for work the situation we find ourselves in is absurd. Skills have to be at the heart of strategies for growth and education policy.

The UKCES ESS survey is as robust as they come and interviewed over 90,000 employers. It is reports like this that add critical weight to the evidence base and reinforce the urgent need for a change in our approach to education. It makes a compelling argument for University Technical Colleges (UTCs) and underlines the importance of creating new opportunities for young people that are led and supported by employers.

The areas of skills shortage that UK employers will need in the future are reflected in the specialisms that UTCs offer in partnership with employers. This helps to ensure that we equip young people with the skills they’ll need as they start their working lives.

This means that engineering students at Royal Greenwich UTC already work with Transport for London and Network Rail to understand how to build the railways of the future; young motor racing engineers learn their craft with the help of McClaren at the Silverstone UTC; and construction students at Bucks UTC are personally mentored by the CEO of Taylor Wimpey.

The UKCES ESS survey shows that the most commonly cited reason for education leavers being poorly prepared for work was a lack of experience of the working world or of life experience in general. UTCs and other initiatives such as The Tunnelling and Underground Construction Academy and The National Skills Academy for Railway Engineering are creating new models for working with employers to ensure that young people are ready to step confidently into the world of work.

Charles Parker is chief executive of the Baker Dearing Educational Trust, which has been working to establish a network UTCs for six years

College leavers are considered more ready for work than those leaving school at the same age, according to a survey of more than 90,000 employers.…

Some of the country’s key businesses are experiencing  a worrying lack of skilled workers, according to a report published today. The UK Commission’s Employer Skills… 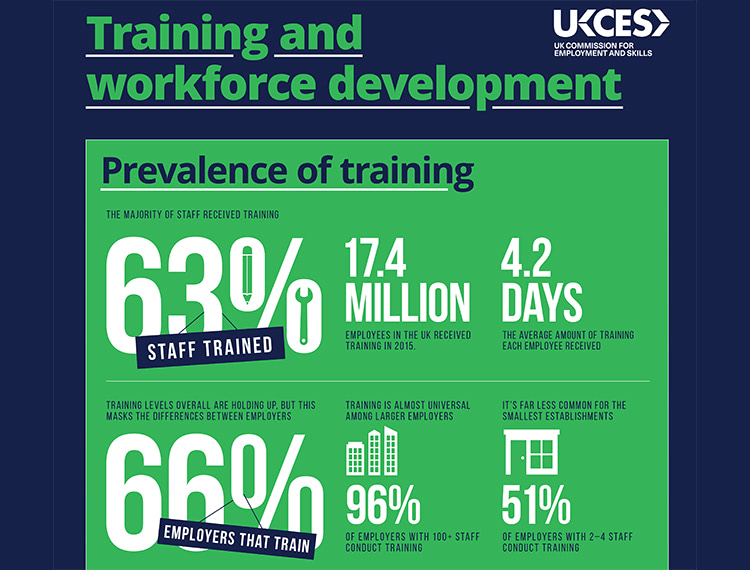 The UK Commission for Employment and Skills’ (UKCES) Employer Skills Survey, provides a comprehensive picture of skills needs and training investment, including vacancies and skills…

Employers fear a high-level skills drain will leave jobs unfilled, according to a survey sponsored by qualifications awarding body EDI. Demand for highly-skilled workers will…