Apprenticeships for Business - The Impact of Change

Apprenticeships have undergone a massive change, a change which puts employers at the heart of the apprenticeship brand. With apprenticeships now being offered as higher, degree and masters levels they are now protected in law and have equal legal treatment to degrees.

In 2015 the government said they were "kick-starting plans to reach 3 million apprenticeships” by 2020.

The immediate impact of all these changes has meant a dramatic drop in the number of apprenticeship starts; around 60% down since earlier this year. This puts in doubt the achievement of the government’s 3 million target, unless there is a real shift in employer engagement in the new apprenticeship standards.

Many employers appear to be confused by all the changes; hardly surprising, and training providers are desperately trying to get staff up to speed with the new requirements.

Many people are saying that a reason for the slump in apprenticeship starts is partially due to some employers’ dissatisfaction with the requirement for 20% of the apprenticeship training to be off-the job. This equates to one day a week for a Level 2 apprenticeship, and has to be delivered within contracted hours.

I actually believe that this mandatory (20% OTJT) requirement is for the good. 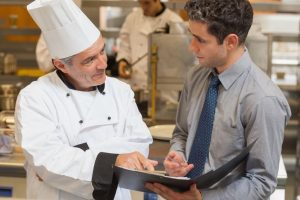 The minimum wage for 16 to 18 year old apprentices, and over 19s in the first year of their apprenticeship, is only £3.50 per hour for a reason, and that is that they are still ‘in training’ and as such should receive a good level of training.

Feedback from employers who have started using the new Standards seems on the whole to be positive, however is this because the larger employers shout the loudest!Paying an employee £3.50 for a full time role and expecting them to do 8 hours training in their own time would, in my opinion, be unacceptable. That is not to say that the majority of employers only pay the minimum wage, but the mandatory requirement is to protect the interests of all apprentices.

I heard from a small engineering company that the apprenticeship standard that had the best fit for their business was far too narrow and was better suited to a much larger organisation.

Employees in SMEs generally have a job role which is much broader, covering a wider variety of skills, rather than the more specialist job roles found in larger organisations.

Of course it’s great news that large private and public organisations are behind apprenticeships and are giving young people, and those wanting to change or develop their career, real opportunities.

The NHS is fully embracing the new apprenticeships; Executive Director for Learning Services and Consultancy at Skills for Health said: “What has been impressive is the way that employers and other stakeholders in the NHS have responded to the challenges and are keen to take forward new apprenticeship standards”, which must be music to the Government’s ears.

As SME’s make up approximately 99% of the UK’s private sector businesses it is critical that apprenticeships meet their requirements, and that sufficient funding is available to support SMEs to take on apprentices. 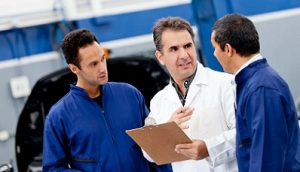 Time will tell whether the levy drives apprenticeship numbers in those organisations paying the levy at the cost of apprenticeships in SMEs, which are the life blood of the UK economy.

For many years SME’s have found it extremely challenging to recruit staff with the right skills, which can result in extremely high training costs.

Apprenticeships in small employers are extremely valuable as they build skills and innovation which are vital for not just the apprentice and their employer, but also the economy.

We saw the first signs that funding for SMEs might be a problem when the Government paused the process for allocating funding to providers to deliver apprenticeships to non-levy paying employers.

They received approximately £1.6 billion of bids to deliver apprenticeships for an allocated pot that was worth around £440 million.

Has the Government underestimated the value of levy top-ups and as a result a smaller pot is available for non-levy employers, or was it always the plan to reduce funding for SME’s? 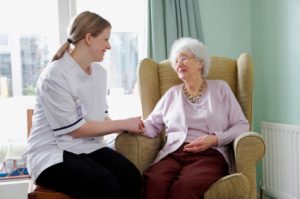 Another concern is that levy paying employers are seeing the levy as a tax, which many would like to use to cover existing staff training schemes that work well for them, rather than have to pay for existing training and pay the levy as well.

Hence there has been a real concern that existing employer training will get revamped and badged as an apprenticeship, rather than developed requiring industry wide skills that are transferable across employers.

Let’s hope that the apprenticeship brand reflects exceptional quality and standards of apprentice competence, and ultimately really makes a difference to the skills gap in the UK.

About Carolyn Lewis: She has worked in the apprenticeship sector for many years, has been working with colleges and providers funded to deliver apprenticeships to identify appropriate online courses mapped to apprenticeship standards.

About eLearning Marketplace: With a catalogue of over 2,000 online courses covering compliance, professional development and vocational qualifications, we offer a price match guarantee on advertised prices, a FREE learning management system to track, evidence and manage training and a FREE Licence Manager app to manage course licences. To find out more about how we can support your blended delivery of apprenticeship provision please This email address is being protected from spambots. You need JavaScript enabled to view it. or phone 01488 580017.

FE Voices
It was announced today that Mark Dawe, chief executive of the Associat

FE Voices
Over the last few weeks, I have been spending time talking to director

FE Voices
@IFAteched The Institute for Apprenticeships and Technical Education (