Students from 45 local secondary schools were involved in more than 5,000 manufacturing work experiences provided by 65 manufacturers during Bradford Manufacturing Weeks from 7 to 18 October 2019.

Delivered by West and North Yorkshire Chamber of Commerce with careers partner Aspire i-gen and lead sponsorship from Barclays, Bradford Manufacturing Weeks introduces the district’s manufacturers to young people to help boost apprenticeship numbers and showcase the range of career opportunities within the sector.

In an evaluation report published this week, it was confirmed that of the schools who completed the Aspire-igen evaluation survey, 100% rated the site tours as good to excellent, 100% said their students benefitted from taking part and a further 100% said the Week had helped them achieve at least one ‘Gatsby’ benchmark – the framework of eight guidelines used by the Government to define the best careers provision in schools and colleges.

Nick Garthwaite, Bradford Manufacturing Weeks founder, past president of Bradford Chamber of Commerce and managing director of Christeyns laundry detergent manufacturer, said this year’s event was a resounding success because of the numbers involved but also due to the unique experiences delivered.

“Bradford Manufacturing Weeks evolved even further though our introduction of two new events – Apprentices Live where school children were invited to Keighley College to quiz our panel of manufacturing apprentices on everything from pay and conditions to qualifications and opportunities – and our high impact Driver Awareness event where we partnered with West Yorkshire Police and West Yorkshire Fire and Rescue to deliver a high impact half day looking at how to safely drive your first car bought through those early pay packets.

“Feedback from the schools has been absolutely superb with all involved wanting to take part again next year and many stating the experiences have literally changed the perspectives and opened the minds of their pupils, which is exactly what we set out to do.”

Delivered with the support of regional and national business sponsors Naylor Wintersgill, Gordons LLP, Mitton Group, Dale Carnegie UK, E3 Recruitment, the University of Bradford and Leeds Bradford Airport, Bradford Manufacturing Weeks was once again backed by the Bradford Economic Partnership and this year received endorsement from Secretary of State for Education Gavin Williamson and Bradford South MP Judith Cummins who raised the issues in Parliament.

She added: “The students really valued the visit and seeing for themselves the variety of opportunities and within the business which is not only focussing on manufacturing but which has a real focus on the environment and is leading its industry in IT and logistics. Our group of 14-year olds had the opportunity to meet staff, including their current apprentices and all said they took the message that attitude is just as important as grades when looking to impress a future employer. It was incredibly insightful, inspirational and informative.”

Andy Murphy, managing director of Melrose Interiors which welcomed 50 pupils from three Bradford schools, adds: “We were bowled over by the enthusiasm of the pupils we met during Bradford Manufacturing Weeks. After an introduction to each department and a tour of the site we tasked students with designing a children’s rug from a strict brief to give them a taste of working to client specifications. Their initial feedback was so impressive that we will be creating a real rug from the best design.

“As well as design and packaging, they showed a particular interest in the role that IT plays in the modern manufacturing business. We’re already considering how to make next year’s event even bigger and better.”

Bradford is an economy built on manufacturing with 1,200 businesses employing 23,000 people – the fourth highest of any city district in the UK[1]. Bradford Manufacturing Weeks, which was also supported by the Leeds City Region Local Enterprise Partnership, brought the local issues of apprenticeships, skills gap and employability onto a local, regional and national platform. 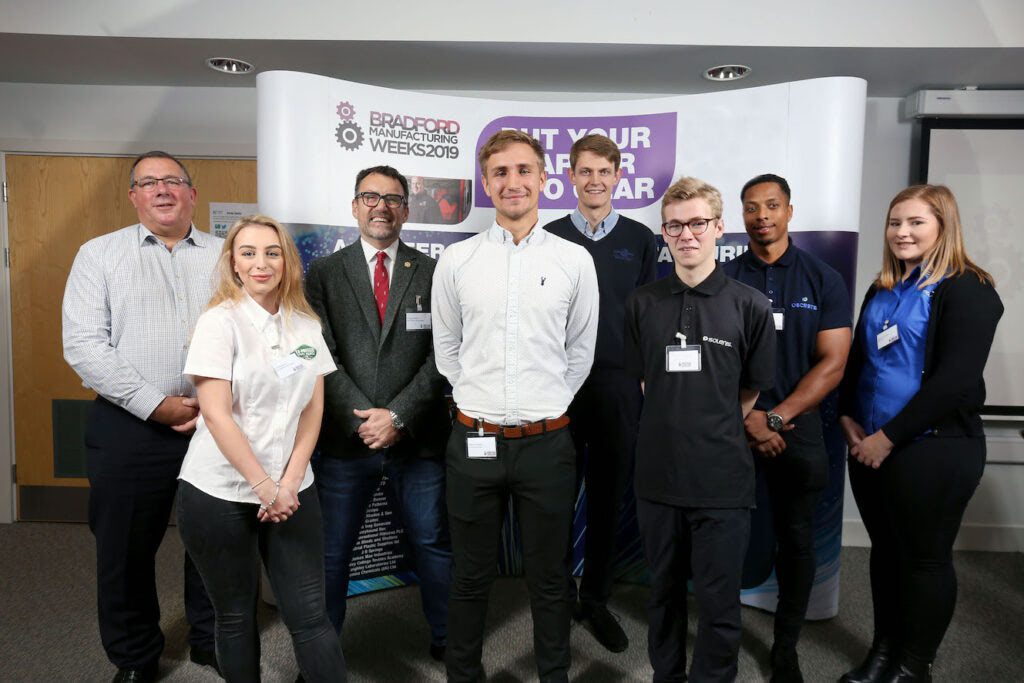 Secretary of State for Education Gavin Williamson CBE has praised Bradford Manufacturing Weeks as an “excellent” initiative. Commenting as organisers confirm that more than double… 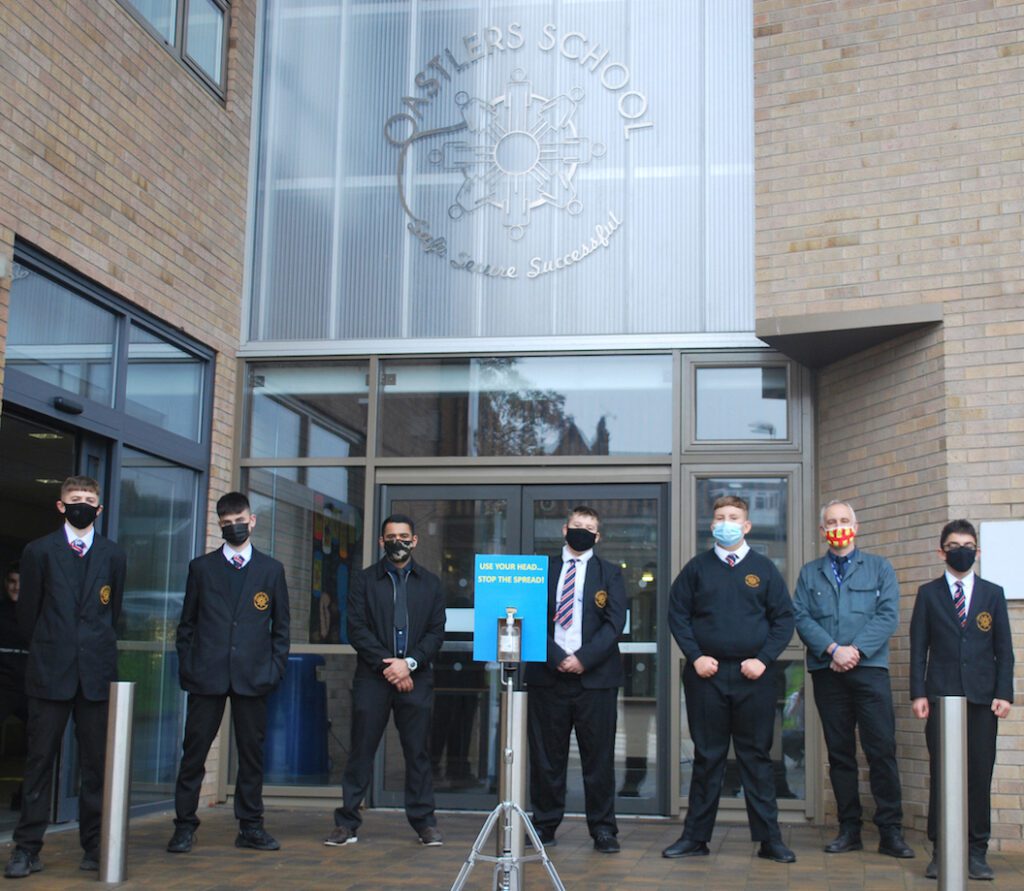 More than 50 local students, businesses and dignitaries gathered in Bradford for a tour of a 38-acre manufacturing facility to kickstart a fortnight of events… 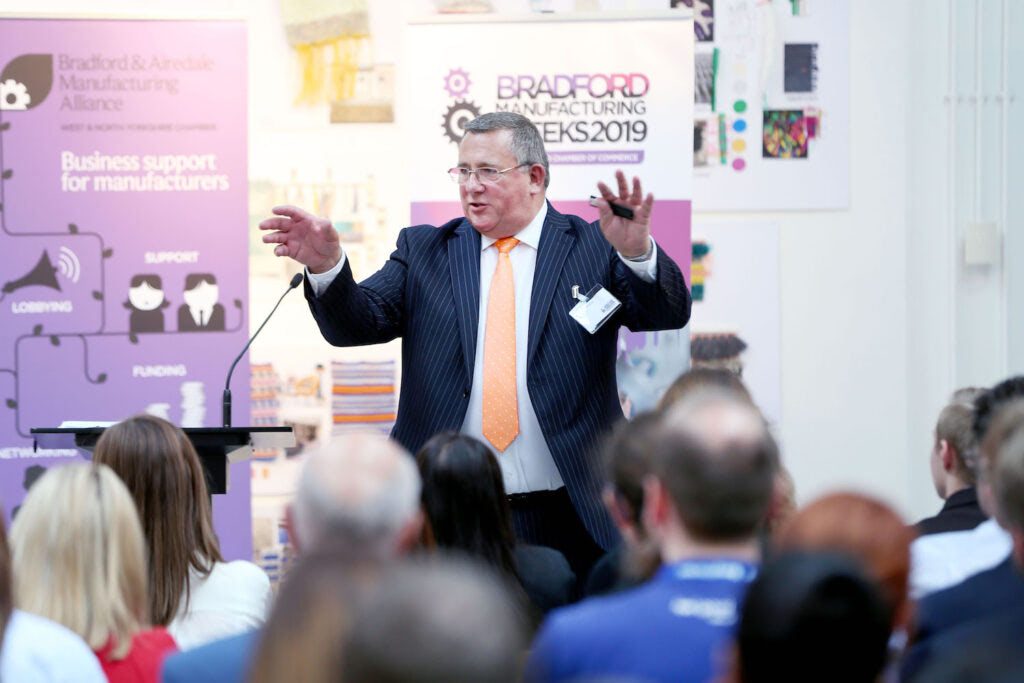 With more than 75% of the district’s secondary schools and colleges already on board, the organisers of Bradford Manufacturing Weeks are making a last call… 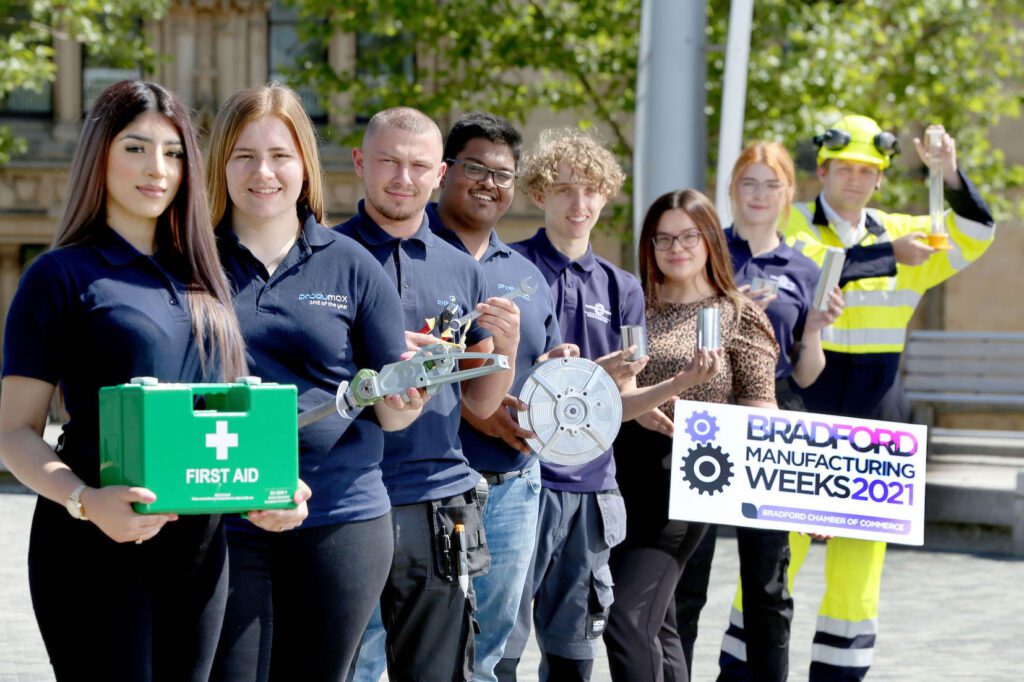 Bradford’s apprentices are coming out in force to encourage more of the district’s school children to consider a career in manufacturing. A task force of…