Caldicot School in Monmouthshire, Wales, aims to enrich the experiences of pupils through a dynamic education based on traditional values, coupled with innovative learning. First opened in 1958, Caldicot became the first school to be re-built in Monmouthshire under the 21st Century Schools Programme – a long-term strategic investment in Wales’ educational estate. The new £36.5m development opened in 2017 with vastly improved facilities, including 80 Epson EB-695Wi interactive projectors.

When considering the equipment for the new school, it was essential for Caldicot to implement solutions that would meet its aims of providing innovative, interactive learning to its students.

Caldicot worked with Monmouthshire’s 21st Century Team and Shared Resource Services (SRS), which supported and provided the school with AV solutions. Together, they identified the school’s problems with its existing projectors – and decided to look for fresh solutions for the new AV set-up.

One of the major physical problems with Caldicot’s existing projectors was the amount of dust in the old school; projectors were overheating due to excess dust that had built up in the hardware. Another major problem was that the lamps in the projectors were turning yellow from their original white colour – which quickly became expensive for Caldicot, who had to replace the lamps frequently.

These physical problems essentially meant that pupils couldn’t see the image in a light room – and were thus having a substantial negative impact on students’ learning and teachers’ educational methods.

The 21st Century team and SRS visited a number of schools in the area to identify potential solutions to its projector needs. It decided to take the recommendation of two schools that used Epson’s ultra-short-throw projectors. After conducting its own research on the devices, the school approached Epson to find the right solution to meet its requirements.

Epson suggested its EB-595Wi, the company’s first finger-touch interactive, ultra-short-throw projector, featuring both dual pen support and widescreen resolution. This projector appealed to Caldicot as it would allow teachers to present large-scale content from a very short distance, with minimal shadows or glare.

Given that more than 50 per cent of students in an average UK classroom find the content displayed on a 70 inch screen difficult to read – which impacts negatively on pupils’ learning – Caldicot School wanted to make sure that each student received the same visual opportunities in the classroom, and thus the same right to an equal education, with a larger high definition display that was suitably sized and clearly visible to all, compared to the previously smaller standard definition displays.

The school was very impressed with the service it received, as Paul Miller, School Technician at Shared Resource Services, explained:

“Epson supplied an EB-595Wi model on a long-term loan that was fitted by an AV installer. We set up a demonstration classroom and Barry Blake – the ICT teacher at Caldicot School – ran professional development sessions with the teachers to guide them on how to use the projectors.

“The loan itself was brilliant; some companies only offer short-term loans, and others offered loans over the summer holiday…! Epson was really helpful in letting us have a long-term installation loan, so that teachers could become familiar with the projectors. It was one of the deciding factors when we made the final decision about our chosen AV solution. When the new model, the EB-695Wi, came out in January 2017, Epson was kind enough to give us another long-term loan and swapped our old projector with the new one.

“Epson was happy to support us in any way possible, so it’s a relationship that is working really well for us.”

The school took advantage of Epson’s 2017 Trade In campaign – an initiative that gives cashback to customers upgrading their equipment and helps them afford the latest technology on the market. Across the UK and Ireland, over 600 projectors and 450 interactive whiteboards were replaced in total – taking a wealth of outdated kit off the market and providing many schools and businesses with upgraded AV set-ups.

When the old projectors were in use, Caldicot noticed that very few teachers were using the interactive whiteboards to support their teaching. However, once the Epson projectors were installed, the school saw a dramatic increase in staff using the boards during lessons, as well as staff asking for information about their further teaching potential.

Whereas the old interactive whiteboards were under-utilised, the new projectors have brought a fresh way of learning into the classroom. The school is now using interactivity to its full potential and thus increasing pupil participation and interactive learning. The teachers are already seeing the positive short-term results from this, such as increased pupil engagement in specific subjects that require visual projections, and are confident that this will be reflected longer-term in the students’ achievements.

When considering the new projectors’ performance in terms of clarity and brightness, Barry Blake has observed that the Epson EB-695Wi projectors provide a crystal-clear image, meaning that all students in the class can read the text – even in brightly lit rooms. This is ensuring greater benefits for the students and teachers alike, and is helping the school meet their aims to improve the quality and interactivity of their teaching 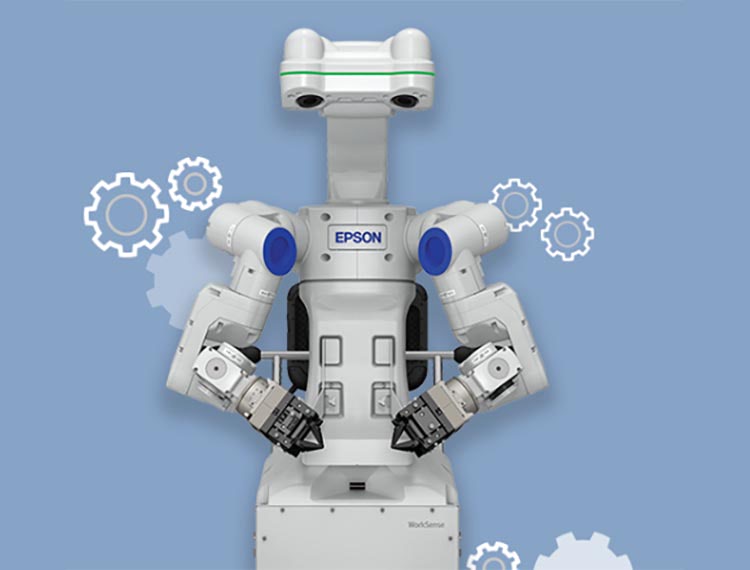 Epson to showcase its comprehensive range of educational technology solutions at Bett 2019. Its cost-effective scanners, printers and projectors will create engaging and interactive learning environments… 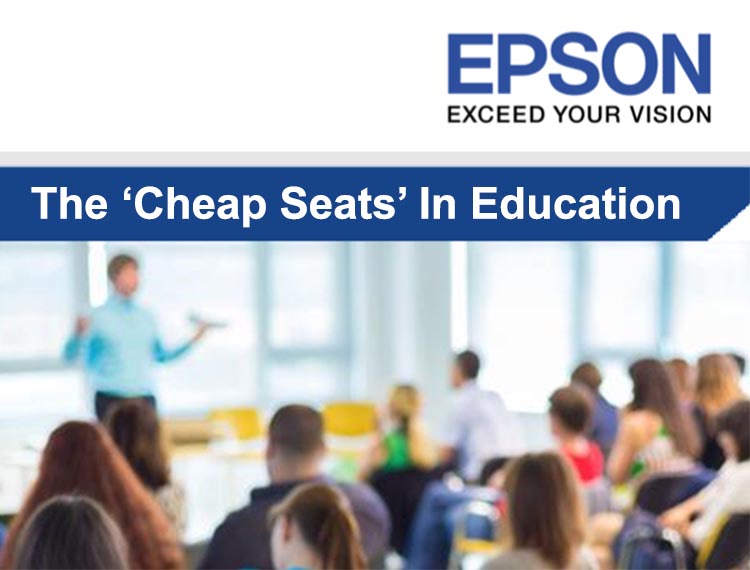 40% of UK teachers have noticed a direct correlation between pupils sitting in classroom ‘cheap seats’ and their performance, according to new Epson research  Educators… 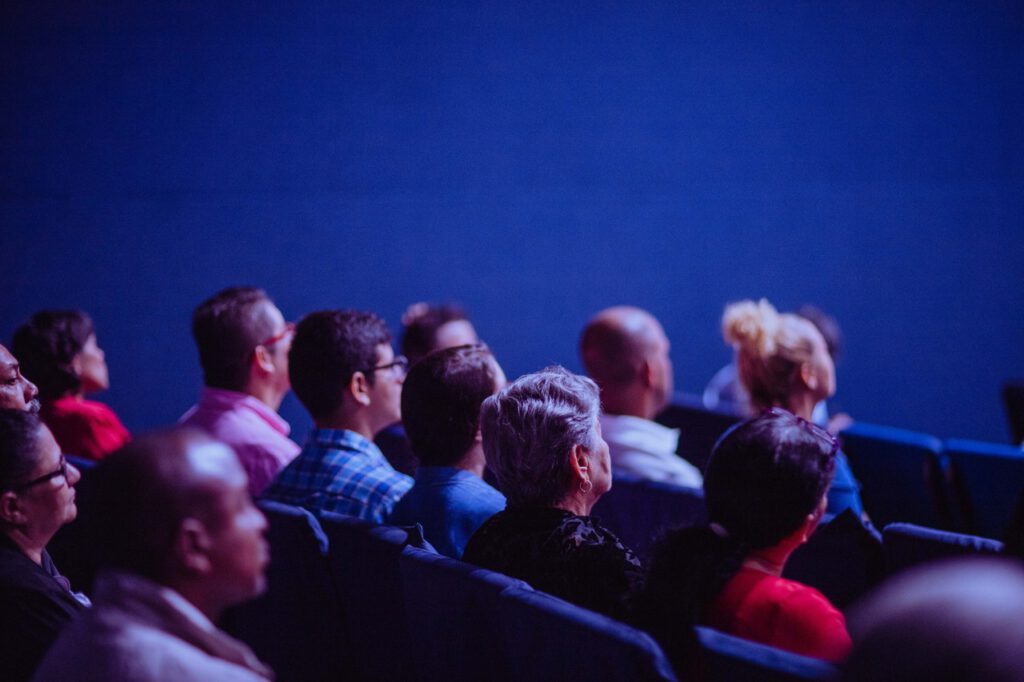 For schools and further education establishments, the past eighteen months have been both turbulent and unprecedented, dominated by lockdown restrictions, distanced learning and bubbles. However, while…

New 4,500-6,000-lumen installation projectors offer a range of useful features, as well as fit and forget reliability Epson has announced a range of new 3LCD… 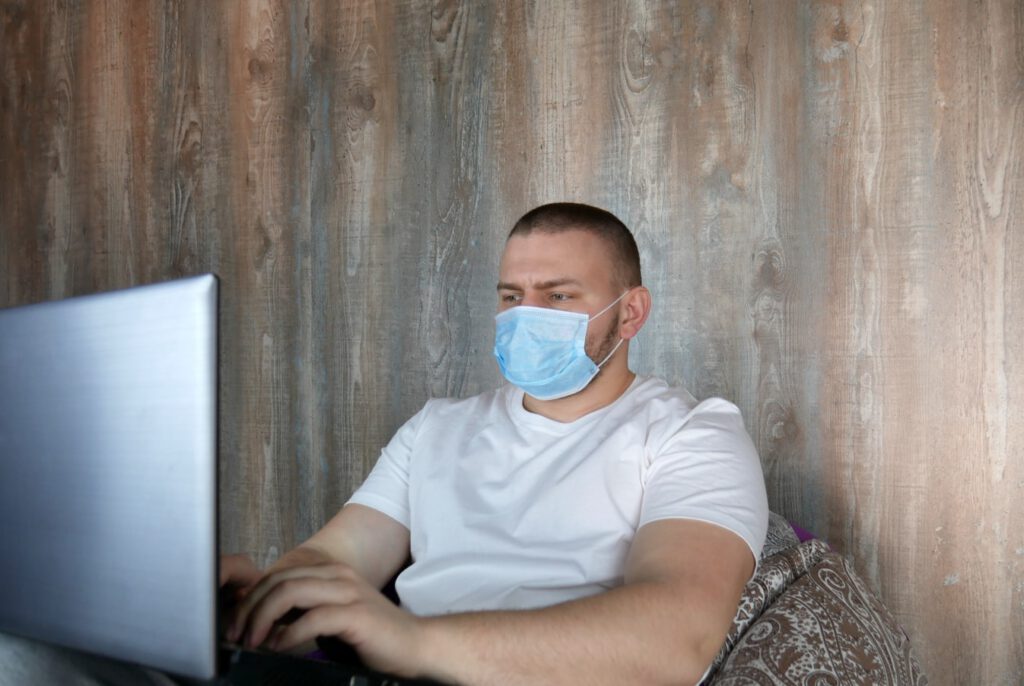 As learning institutions get stuck into a new term, both students and teachers are adapting to the new COVID-19 education landscape.   Like many workplaces,…