A group of local actors performed their debut play “Pattern Up” to over 100 students last week (Tuesday 15 January 2019) at The College of Haringey, Enfield and North East London’s Tottenham centre.

The play was written by one of the stars of the show Marika McKennel and is based on the real life experiences of co-stars and community activists Ken Hinds and June Tutt.

“Pattern Up” is a new play impacting on young African Caribbean men and women in Haringey, exploring themes of family, violence, race and personal redemption.

The play, named after British slang meaning to respect your elders, follows the lives of stars, Merika McKennell, Jae Marcus X, Ken Hinds, June Tutt and Efeosa Afolabi, and the story of the two young boys living in London and how their choices effected those around them. The play starts with a mother and father (June and Ken), sending their eldest son (Jae) to Antigua after he narrowly escaped jail for gang violence. The story then follows Jae’s younger brother Efeosa and friend Marika as they continue down the same criminal path as Jae while Ken and June act as narrators for the story, showing the effects the boy’s actions have on them and those around them.

As the story progresses, Efeosa and Merika decide to rob a corner store , which results with Efeosa dying. The story is concluded by first son Jae, returning from Antigua and trying to redeem himself. Jae delivers a powerful speech to the audience about how you can change no matter what you have done previously.

Student Osman Abdikarim said “I think it was really touching. In my area there isn’t that much violence, but this has shown me what is happening in London and how to prevent it. Other schools should definitely have this.”

Anthony Robinson, Head of Learner Experience Manager said “Activities like these give our students the opportunity to reflect upon a wide range of social issues affecting our local communities and to engage in exploring solutions.”

Star Ken Hinds said “the theme is very dear to me due to how the story relates to me. It also holds the historical tragedy I feel I still hold which I don’t want to project onto my children. We as a society can address these issues in different ways such as this play rather than just through lessons in a classroom at school.” 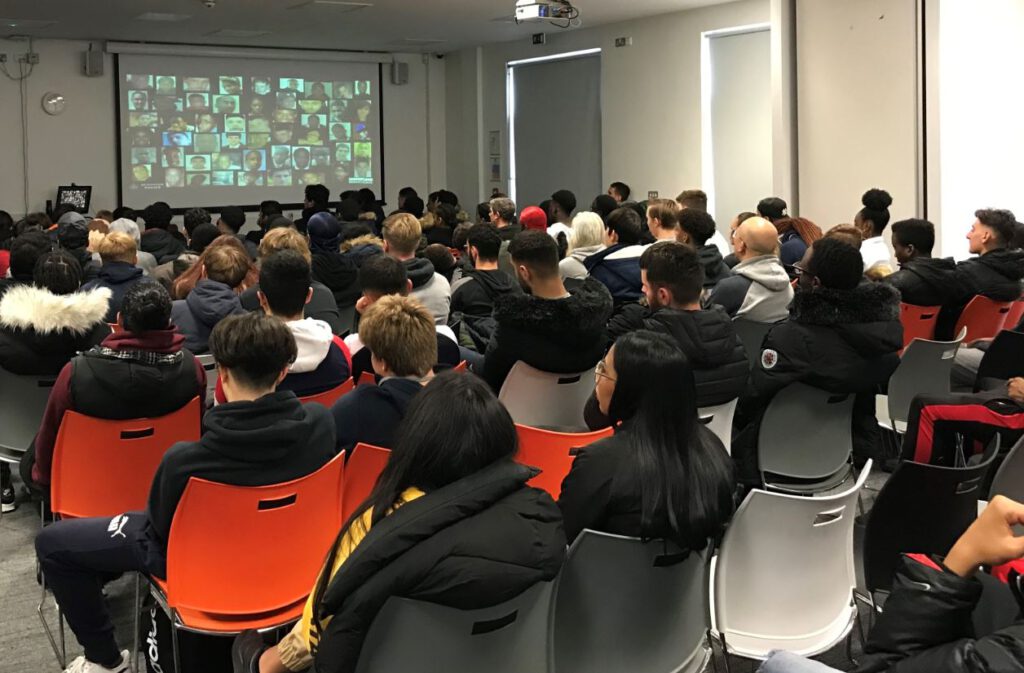 Before Christmas, the @METPoliceUK visited @CollegeNELondon the College of Haringey Enfield & North East London (CONEL)’s Tottenham and Enfield Centres to deliver their Makepeace session as part… 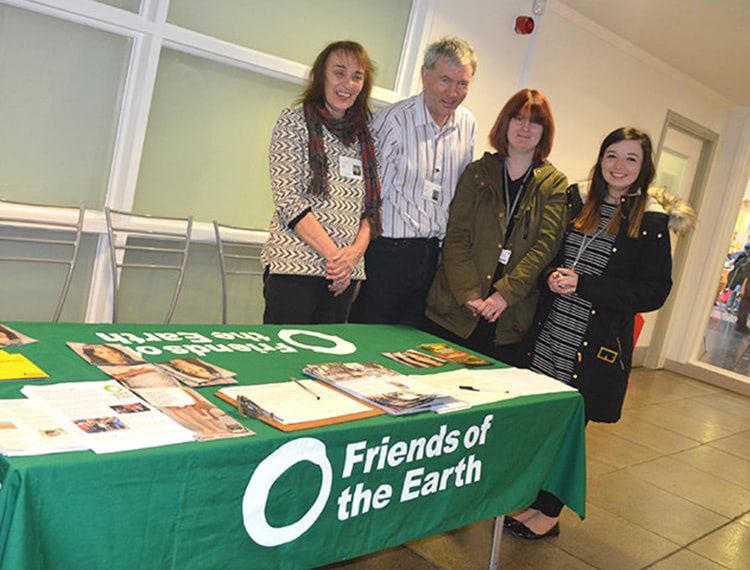 Students from The College of Haringey, Enfield and North East London (CONEL) have put pen to paper to pledge their support to a petition to… 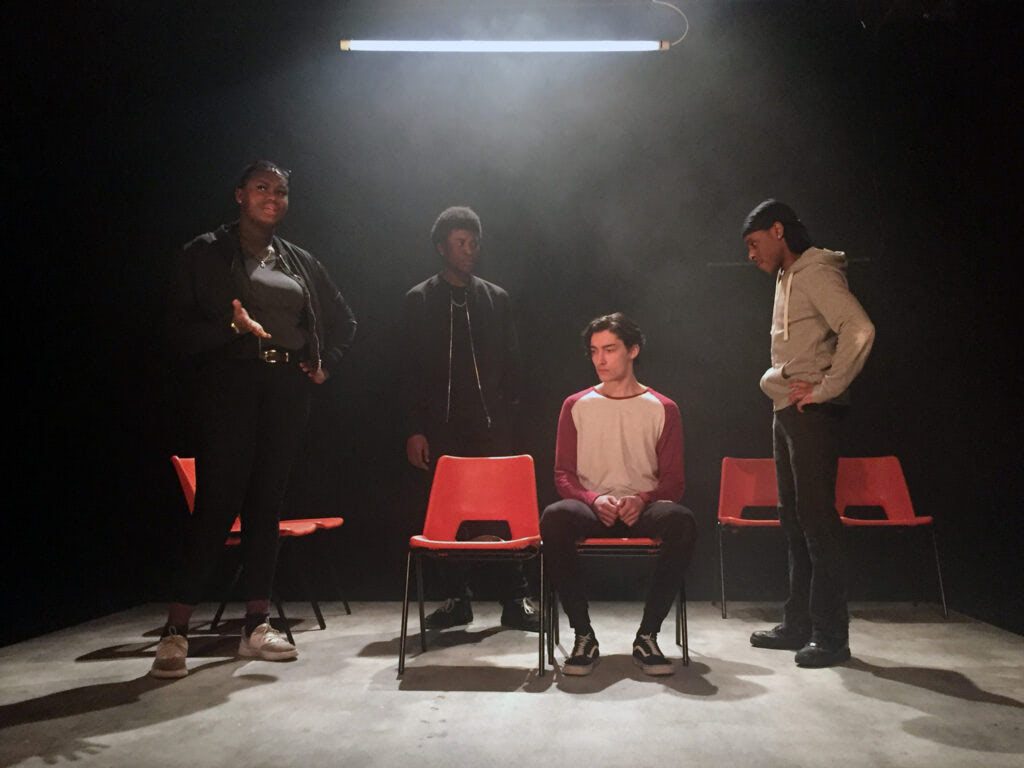 City and Islington College students who form the youth company ‘See&Eye Theatre’ will follow in the footsteps of Hollywood stars John Boyega and Keira Knightly,… 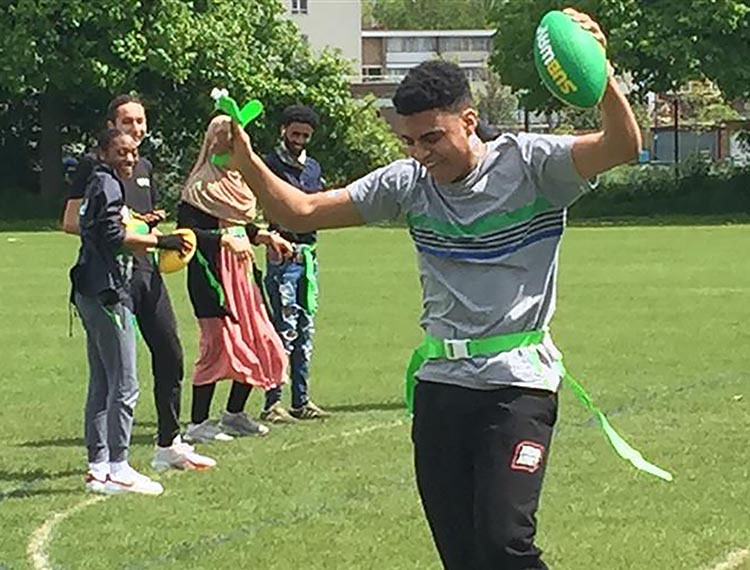 Students participated in a game of American football as part of a series of college events to deter them from violent crime. Around 250 students… 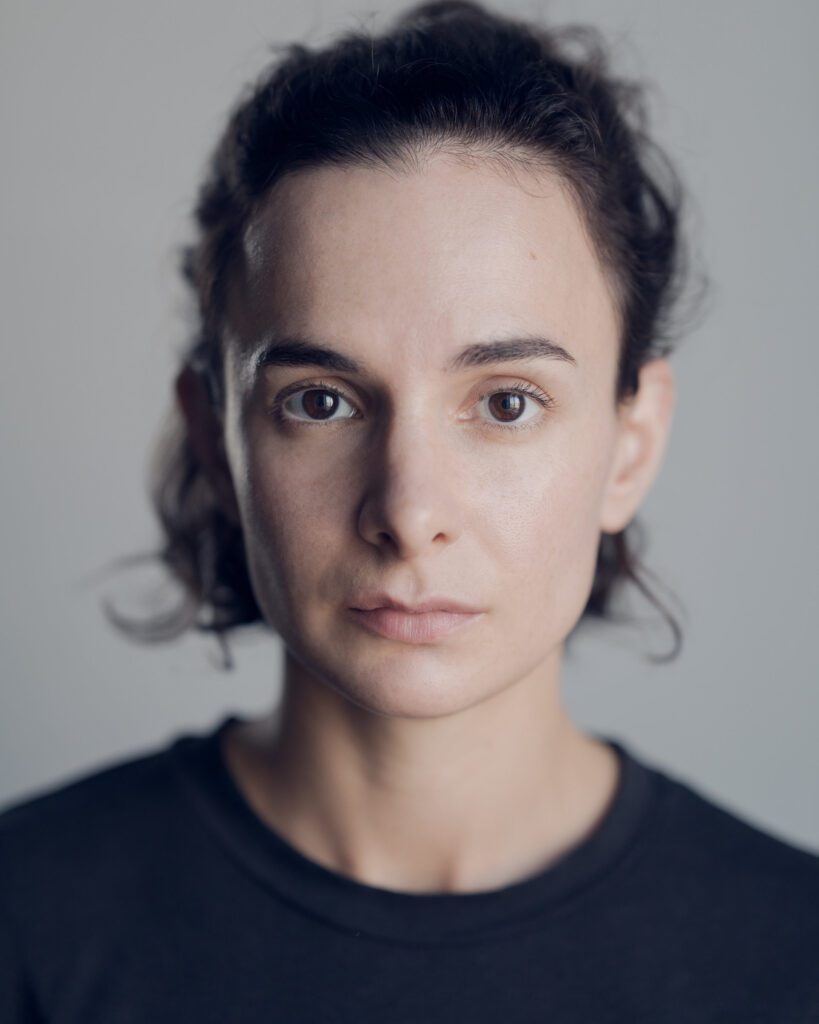 Simona Bitmate, former Pendleton Sixth Form College student, who studied within the Performing Arts Department at the college more than 10-years-ago, stars in Peterloo, the…