The Learning and Skills Council (LSC) is issuing a final call to all employers who would like to be considered for the 2006 Apprenticeship Awards.

The Awards nomination process has been open for some time, and the LC are looking forward to the same competitive field as at previous Awards. The Awards are intended to celebrate the achievement of employers who have proven to be exceptional in developing and expanding the skills set of young people through Apprenticeships. The closing date for entries is Friday 24th February, and the winners will be announced at a glamorous ceremony at the London Hilton on Park Lane on Thursday 15th June.

The Awards and the Categories

There have been two previous Awards held by the LSC. These Awards are vital in recognising and encouraging the best practices across the sector, as well as recognising employers who are successfully using Apprenticeships to improve business performance. Possibly most importantly of all, they will also applaud the hard work and commitment of young people currently on, or who have completed, an Apprenticeship, who can sometimes feel neglected within the larger education structure.

There are four categories for which Employers can be entered for consideration. These depend on the size of the company, and include Micro (for 1-9 employees), Small (10-49 employees), Medium (50-249 employees) and Large (250+ employees). There are a variety of means use for assessing the businesses considered, including the implementation of the Apprenticeship programme, providing a clear demonstration of the way Apprenticeships have benefited their business and the level of support provided to their apprentices.

The winners from 2005 have clearly benefited from the work done to achieve the award, and indeed from the awards themselves. One such is Weston Super Mare based Upper Cut Hair Salons. The proprietor of the salon, John Burrows, said: “Our staff have certainly been more motivated as a result of winning the Award for Small Employer of the Year. Weve gained a lot of positive exposure from winning and each time the staff see their picture in the paper, they get a great sense of pride in the company.”

The winner of the 2005 Large Employer of the Year award, BAE Systems, is also delighted with the past year’s progress and the way that this encourages the expansion of apprenticeships. Regular visitors to FE News will have read this week of Sara Pullen, who remains delighted at her achievement and committed to the future development of Apprenticeships.

John Lee Male, Training Manager at BAE Systems, said: “We have received extensive media coverage as a result of the Awards and have been able to support benchmark visits to our sites. These visits are from companys looking to introduce Apprenticeships and following the visit have been keen to take this further.”

LSC and City and Guilds Working Together

Stephen Gardner, the Director of Apprenticeships at the LSC, praised the success of the programmes that the event is designed to acknowledge, saying: “The national Apprenticeship Awards are the event in the Apprenticeship calendar, providing a great opportunity to honour UK businesses for the outstanding contribution they are making to raise skills levels and improve productivity and competitiveness nationally.

“The quality of entries from both apprentices and employers for the 2004 and 2005 Awards were outstanding, we received over 1,000 entries in 2005 alone and look forward to beating that in 2006,” he continued. “I hope employers, who are driving their businesses through Apprenticeships, will take this final opportunity to enter the 2006 Awards.”

The leading sponsor for the Awards this year, as for 2005, is the City & Guilds, the UK’s leading awarding body for work related qualifications. The Director General, Chris Humphries, spoke of the reasons for supporting the Awards, saying: “We are delighted to sponsor the Awards for the second year running. As well as applauding individual and employer successes, these Awards highlight the real economic benefits that apprenticeships have to offer.”

Is this awards ceremony doing enough to raise awareness of Apprenticeships? Tell us in the FE Blog

“The search is on for the nation’s top apprentice employers as the Learning and Skills Council (LSC) launches its fifth annual Apprenticeship Awards. Employers of…

“ The quest for the outstanding Apprentice and Employer for 2006 has begun, it was announced by the Learning and Skills Council (LSC). Nominations are… 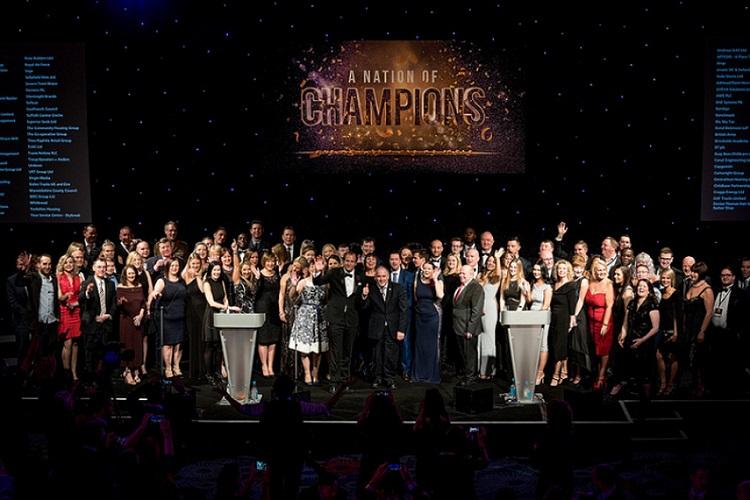