This year’s team is made up of four Imperial students: Brandon Blackwell, Richard Brooks, Conor McMeel, and team captain Caleb Rich. In order to progress to the semi-finals, teams are required to win two out of three quarter-final matches. Imperial have beaten the likes of St John’s, Oxford and Durham University to reach this crucial stage of the competition.

After more than half a century on air, it is no secret that the nation loves University Challenge – the prestigious academic quiz show has been a constant fixture on our TV screens. Imperial has won twice before, in 1996 and then again in 2001. Will 2020 be our year?

As Brandon, Caleb, Richard and Conor look ahead to their semi-final match, we caught up with them to hear what the experience has been like so far. We also spoke to Susan Rutter, Chair of Imperial College Quiz Society, on how the society has been supporting the team.

Before they begin filming each episode, Mechanical Engineering undergraduate Richard says the team gather for a chat and discuss how they will play each round. “I like to prepare by eating food in the green room,” Richard tells me. “I mainly snack on chocolate, sweets and sandwiches to help me get in the zone.”

On the other hand, Caleb, Research Postgraduate in the Department of Physics, enjoys listening to Stevie Wonder to calm his nerves. His favourite song? “It has to be Superstition,” he laughs. After a quick huddle, the team say they are introduced by the well-known voice of Roger Tilling and walk out to the sound of… the Game of Thrones theme tune.

Having always watched the show growing up in his home in Dublin, Research Postgraduate Conor, of the Department of Computing, admits appearing on University Challenge is a bit of a dream come true: “I’ve always liked pub quizzes, which sounds like an obvious thing to say, but I enjoy reading about things and have always found myself trawling through Wikipedia.”

Caleb says he grew up watching the show with his dad, who has fuelled his competitive spirit: “Over time I managed to get more questions right, and realised I was actually pretty good at it!”

In preparation for University Challenge, the team say they tried to identify the subjects each person had the most knowledge about. Being good friends has helped, and they have spent many weeks practising together before the competition started.

“When it comes to quizzes, it’s important to be better at specific things and get used to pressing a buzzer.”Conor McMeelResearch Postgraduate, Department of Computing

But what is it like going from taking part in student tournaments and pub quizzes to the real deal – facing up to Jeremy Paxman as the nation watches?

Richard says being part of this year’s University Challenge team gave him a chance to represent Imperial on a bigger platform. “The entire process so far has been really fun, from travelling to Salford for filming to just getting together with the team. My favourite question to buzz in on was about the islands of Stockholm – geography is my strongest area, so I was really proud when I got the answer right!

“And of course, there was a question about plants as well – I was dubbed the ‘plant person’ of the group because I once got a question right. I remember Brandon was sitting next to me and just stared at me, which caused some funny activity on Twitter!”

This dude Brandon on #UniversityChallenge is cracking me up.
This is me when my wife says we’re out of beer… pic.twitter.com/A8vpSLB6d4

“I actually think getting things wrong is a good way of getting things right,” says Conor. “When it comes to quizzes, it’s important to be better at specific things and get used to pressing a buzzer – if you’re not confident or fast, you’ll lose no matter how good you are at getting the answer right. We’ve been pressing those buzzers like our life depends on it on the show!”

“It has been a really fun experience so far,” Caleb adds. “Plus, it was great to meet Jeremy Paxman and be on the receiving end of his questions. I loved answering a question about the Young Turks movement, which I’d read about just the week before. I remember the answer just came into my head and I buzzed in.”

But what question took them by complete surprise? “The one about aquafaba,” says Caleb. During a train journey to Salford for filming, the team explain how they casually talked about aquafaba – the liquid from a can of chickpeas, often used as a vegan alternative for eggs.

“We all buzzed at the same time because we were on the same wavelength. Since then, we’ve placed a dish of aquafaba in front of our Imperial mascot as a good luck charm.”

The team are now looking ahead to their semi-final match against Trinity College, Cambridge. Team Captain, Caleb, is confident that they will perform well: “The last match against Durham University was really tough but we got through it, and I hope that win gives us momentum for the next few rounds. We all have different areas of expertise and they overlap quite nicely, so I’m hoping that we can use that to our advantage in the next round.”

ok. you got me. i confess. got all the answers beforehand because of nepotism. that’s why i play using only my first name. my real full name is brandon challenge. university challenge was my great great grandfather, he invented this fine program#universitychallenge https://t.co/C2BHBXvgrw

Support from the Quiz Society

While the team have been battling it out in the studio and on our TV screens, the Quiz Society have been cheering for the team on campus. Susan, Chair of the society, has been organising TV screenings and is also helping next year’s University Challenge team sharpen their skills.

She said: “Imperial’s participation in University Challenge is not just about winning – it’s a good chance for us to highlight what Imperial is about, and specifically show that the Quiz Society offers a great opportunity to step outside your comfort zone and represent the College on a national level. It has been amazing to see so many people who aren’t normally interested in quizzes come along and support the team at our screenings.”

Aside from University Challenge, the Quiz Society organise pub quizzes and student tournaments. Earlier this month, they hosted the biggest event in student quizzes, the British Student Quiz Championships, which saw over 28 teams come to Imperial from all over the UK.

“We also try and write quizzes for internal events at the College, like taking over Imperial College Union’s pub quiz (we went for a Harry Potter theme) and working with Imperial College Book Club on a literature-themed quiz,” Susan explains.

As Chair, Susan is also keen to change perceptions of quizzing as well. “The Quiz Society isn’t just about University Challenge and quizzing isn’t just for men,” she explains.

“This is why I wanted to become Chair, so that we can show that things are changing in this arena as more women get involved. We’re trying to achieve a better gender balance for our University Challenge team next year so that we have a more diverse team with broader knowledge. We think it will give us a greater chance of winning this way too.”

Imperial’s semi-final match airs on BBC Two on Monday 13 April at 20.30. Will they make it to the final? Let’s hope that bowl of aquafaba brings them the luck they need!

“Who is the host of gamehow Jeopardy!”? (For everyone watching #UniversityChallenge, that is Alex Trebek on Brandon’s jumper) pic.twitter.com/5nbCm5tshe

Broadcasting tonight on BBC 2 at 8pm, the team is one of 28 who will face the inimitable presenter Jeremy Paxman, who has fronted the… 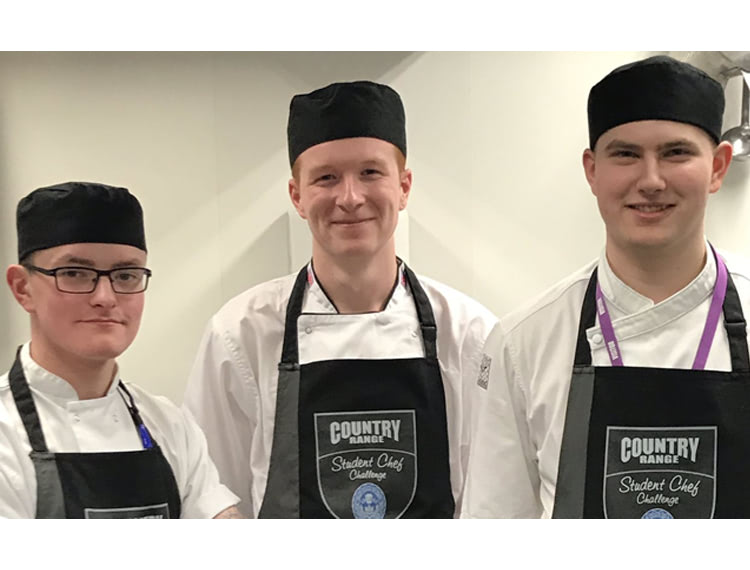 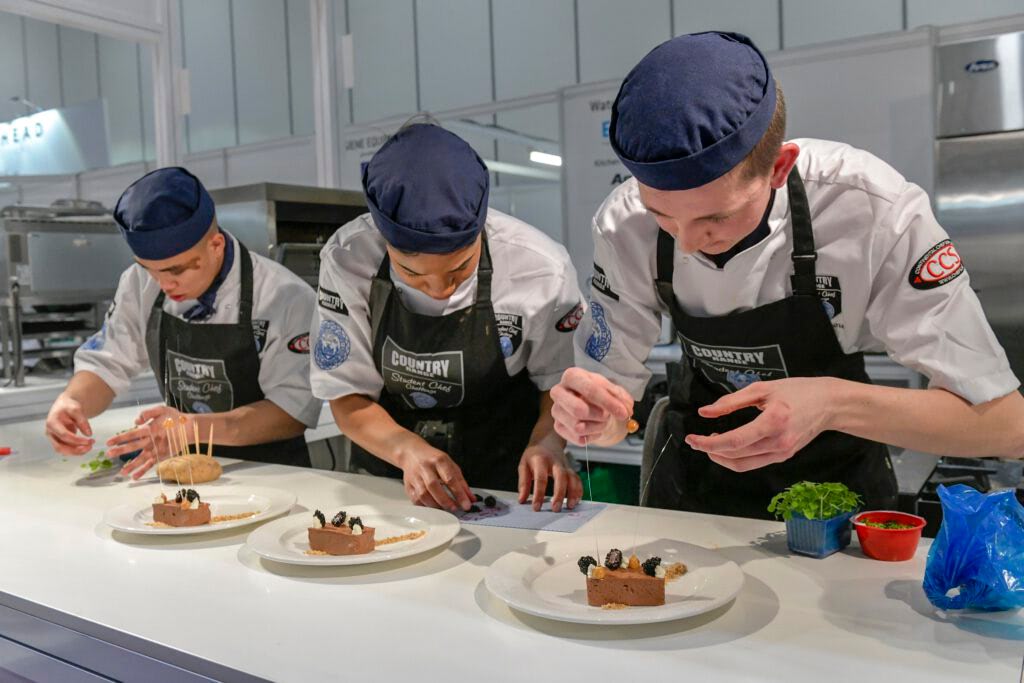 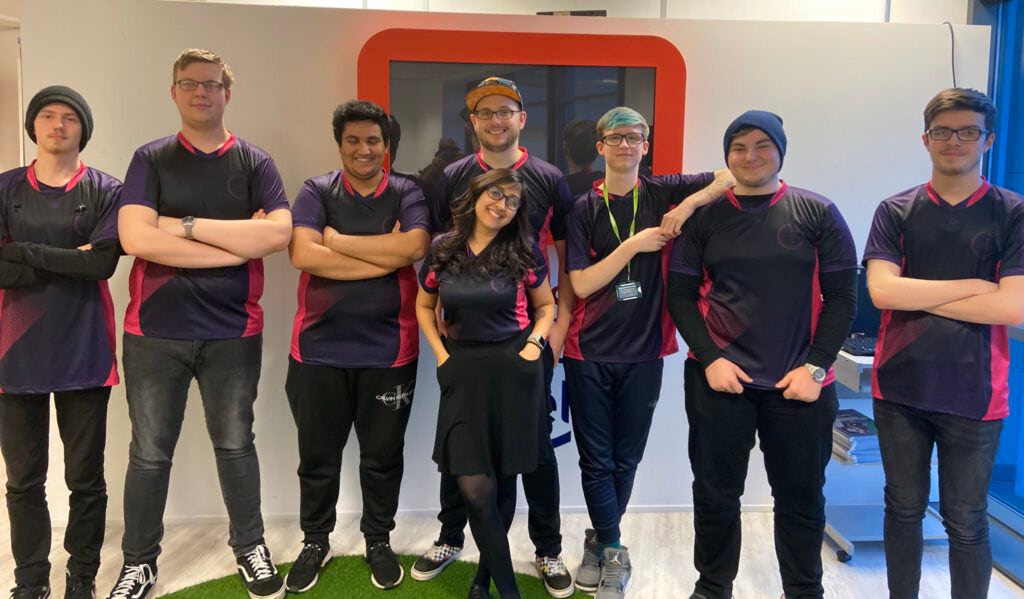 #BritishEsportsChamps – A team of students @CityCampusGames have propelled @CoventryCollege into one of the top four #Esports colleges in England – just six months after forming.… 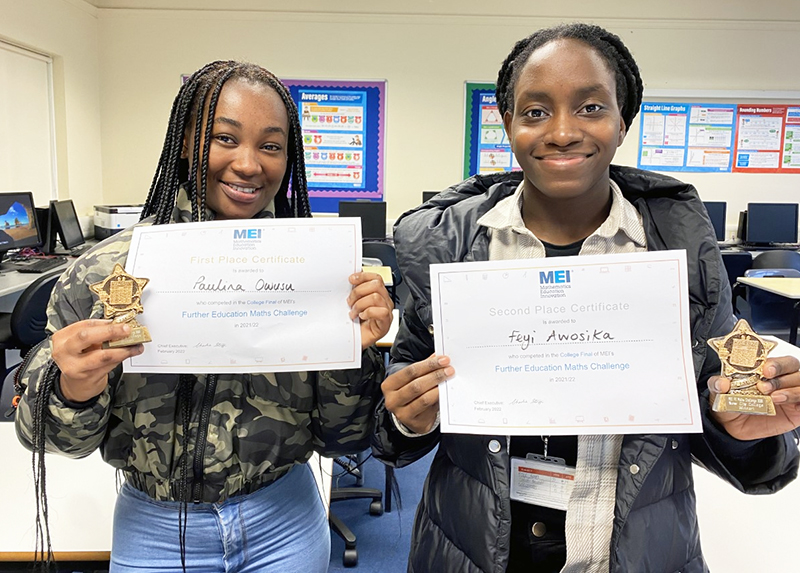