LSC tracking public recognition of “Our Future. It’s in Our Hands”

Spearheaded by LSC, England’s leading provider of high-quality education and training to young adults, the campaign, “Our future. It’s in our hands” was launched by John Denham, secretary of state, this July in a bid to boost society’s aspirations to gain multi-dimensional work-oriented skills and training.

According to LSC, the infant project, which has its main focus on hard to reach groups, is already tracking at 69% in terms of recognition. Awareness levels among all groups have also increased to a whopping 74%.

The Council has indicated that its partners, further education colleges, with their own pool of promotional and advertising materials, are responsible for the huge success. As a result, more than 122,000 people have been visiting the campaign’s website on a regular basis. The dedicated Skills helpline has been extra vigilant in handling 1000 public queries, each week.

Chairman of Learning and Skills Council, Chris Banks believes the preliminary success of the campaign proves how government partners, key stakeholders, employers and individuals are working together to impact on the nation’s attitude towards learning and over the next five years, the project will continue to do so by creating further awareness and desire among people.

He explains: “This campaign is definitely a long term initiative for the LSC, as we know that cultural change towards learning and training can realistically only happen over a length of time. So the fact we have had such an incredible response just two months after the launch is really remarkable.”

The business sector is responding equally well to a similar project, “Train to Gain” with around half (47%) of target employers exposed to the campaign in the first three months.

David Lammy, Skills Minister stresses that a highly skilled workforce is an absolute economic necessity in today’s competitive global market. According to him, developing skills in public is the most effective way of tackling family poverty, enhancing social mobility and encouraging young adults to have better futures through fulfilling careers and lifelong learning.

He adds: “The new Department for Innovation, Universities and Skills has been created to ensure skills are centre stage, and we already have seen commitment from major national employers to train their employees through Train to Gain and by making the Skills Pledge.”

“Our future. It’s in our hands, a new Government campaign urging people to take control of their future by investing in skills will be launched…

“The Learning Skills Council(LSC) has launched a new advertising campaign urging employers to invest in training through the skills brokerage service Train to Gain. The… 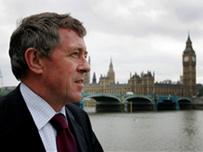 John Denham, the Secretary of State for Innovation, Universities and Skills (DIUS), has commented on the recent Ministerial reshuffle. The changes see Lord Drayson, who…

“ The government has announced that its new Train to Gain programme has already helped over 50,000 employees and 10,000 businesses. Skills Minister Phil Hope,…

“The Campaign for Learning will be signing the National Skills Pledge in front of Skills Minister David Lammy MP, to mark a decade of the…