BFELG uses * ’Black’ as an inclusive definition to refer to people from ethnically diverse backgrounds who share a lived experience of  the effects of racism.

Aired today Wednesday 9th March, Season 2, Episode 6 of 7  BFELG Livestreams  #AntiRacismInAction – Making the Most of an Ethnically Diverse Britain, was introduced by David Moir, Deputy Principal, Finance and Resource, Basingstoke College of Technology (BCoT), the first BFELG Affiliated Organisation in the country. David is also the executive lead for the BCoT’s  work on Anti-racism. He spoke simply and sincerely about what #AntiRacismInAction means to him: learning and understanding how racism continues to impact on the lives of the College’s students and staff; seeing issues through an alternative viewpoint; giving proper consideration to matters he hadn’t given much attention to in the past.  ‘I’ve come a really long way’ , he said. David hopes that the actions BCoT is taking will have a similar impact on other people.

Episode 6 focuses on Anti- racism in Northern Ireland (NI). According to the Northern Ireland Statistics and Research Agency (NISRA) NI: In Profile, March 2021 document, NI has a growing and ageing  population of 1.89 million people (about 3% of the UK population). 98% of the NI population are white. NI has been home to diverse communities for centuries. Irish Travellers are an indigenous ethnic group. There has been a Jewish community for well over a century. The first members of the Indian community arrived in the 1920s and 1930s. There have been significant numbers of Chinese people in NI since the 1960s. About a third of the ‘non white’ community live in Belfast.

As with other areas of the UK, Northern Ireland will see greater diversity in areas that are not currently diverse in the decades ahead.  Currently, Chinese, Indian, Mixed heritage at 0.35%, 0.34%, 0.33% respectively are the largest non-‘white’ groups and there are more than ninety languages spoken across Northern Ireland. The legislative framework for race equality is provided by Section 75 of the Northern Ireland Act 1998.

The NI society has continued to evolve presenting both challenges and

opportunities and although less than 2% of the population are described as ‘non ‘white’ there are significant challenges related to racism. The Racial Equality Strategy 2015 –2025 is part of a framework for addressing these challenges and building on the opportunities. It sets out the Government’s vision of:

A society which is strengthened by its ethnic diversity, where we can live together free from racism, racial inequality and unlawful racial discrimination, where we share a common sense of belonging and where human rights and equality are enjoyed by all

In the Strategy foreword, ministers wrote

‘we should be under no illusion about the size of the challenge involved in tackling racial inequalities, requiring public services to rethink all aspects of how they deliver public services. Time, effort and resources put into this should ultimately benefit all who live in NI. Ministers also acknowledged the following:

When the Strategy was launched in 2015, racism in NI was hitting the headlines locally and internationally and reports of racist incidents and racist crime were on the increase.

With 3 years to go to the end of the life of the  10 year Strategy in 2025, the big question is how far  has NI come towards achieving the intent of the Strategy?

Like other place-based episodes on #AntiRacismInAction before it in Season 1, today’s guests, Louise Warde-Hunter and Lorraine Gatsi-Barnett, and co-hosts explored the unique opportunities and challenges faced by Northern Ireland in respect of ethnic diversity and the success factors in seeking to address these. Guests shared examples of their organisational responses to ethnic diversity, the steps being taken to move forward on this agenda, and their personal reflections as leaders seeking to harness a shared commitment towards Anti-racism.

Louise Warde-Hunter is the Principal and Chief Executive of Belfast Met, the largest further and Higher Education College in Northern Ireland, one of the largest in the UK. Belfast Met has a proud history of providing education to its local communities from the turn of the last century. In 2013, the College was recognised by President Obama in a historic address at Waterfront Hall. Belfast Met’s focus for the future is to support the development of Belfast, NI’s capital city, and Belfast City Region by providing education, training and skills development to enhance individual, community and economic prosperity.

During the livestream, Louise commented  on the changes she has observed in society in Northern Ireland over time and whether it is a more inclusive place than it used to be. She also spoke about what she is doing to make Belfast Met a place that welcomes and celebrates diversity.

Lorraine Gatsi-Barnett is Founder Director of Join Her Network, a Community Interest Company (CIC).  Led by an internationally diverse group of individuals who have come together to change and influence  lives for the better, Join Her Network, recognise a need to bring a different perspective to the notion of “Variety in Diversity”. In the livestream discussions, Lori drew particular attention to  the benefits of  #AntiRascismInAction vs Not Racist approach in NI  and  how everyone should take individual and collective responsibility in everyday life to make #AntiRascismInAction a priority that impacts positively on everyone.

Watch Episode 6  for the full discussion and to hear the guests Louise Warde-Hunter and Lori Gatsi-Barnett, both inspirational  “custodians” of the future legacy of the communities they serve in NI, and co-hosts Amarjit Basi and Gavin O’Meara  share their dream scenarios for #AntiRacismInAction. 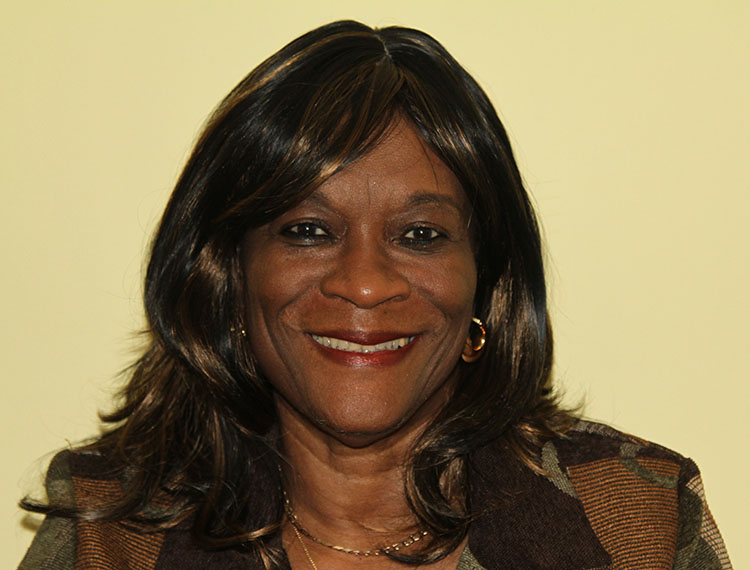