Exams next year are set to recognise and mitigate the disruption to students’ education, under proposals on arrangements for 2022 launched today (12 July).

The department and Ofqual are seeking views from students, parents and teachers on proposed arrangements for GCSEs, AS and A levels in summer 2022, along with vocational and technical qualifications in academic year 2021-22.

The suggested arrangements for GCSEs, AS and A levels include choices about the topics students will be assessed on for some subjects, and giving schools and colleges advance information about the focus of content of the exams for other subjects.

Exams are the best and fairest form of assessment, but the disruption caused by the pandemic meant it would not have been fair to young people for exams to take place this summer. Instead, teachers have determined young people’s grades, using a range of evidence to assess their performance. Detailed guidance and training has been provided to support schools, and a series of checks have been put in place to make sure grades reflect students’ abilities.

“This year we have rightly asked those who know students best – their teachers – to determine young people’s grades. While I know the wait for results can be an anxious one, students and their families can look forward to receiving results next month in the knowledge that they will reflect young people’s hard work and enable them to progress to their next stage.

“Exams will always be the fairest way to assess students, which is why they will take place next year, but it’s right that next summer’s arrangements take into account the disruption young people have faced over the past 18 months.”

The proposed arrangements to assessments come alongside the government’s ambitious package of measures to support students’ education recovery, backed by over £3 billion, including tutoring, summer schools and mental health support, as well as further training and development for teachers.

The consultation proposes a range of measures to help mitigate the impact of disruption to students’ education, focussing on the following areas:

Ofqual and the department are also running a consultation on arrangements for vocational, technical and other general qualifications (VTQs). This builds on the 2021 arrangements, which enabled awarding organisations to put in place adaptations such as streamlining assessments, providing revision guidance, and making changes to invigilation, including the introduction of remote invigilation and remote assessment. Plans for VTQs in 2021/22 are intended to be confirmed to enable assessments to commence early in the autumn term.

Since March 2020 awarding organisations offering VTQs have adapted qualifications where appropriate and are now well placed to take these adaptations into the next academic year. Ofqual is proposing minimal changes to the VTQ arrangements, and is consulting on the impact of the move away from teacher assessed grades and on minor updates to regulations to take account of current circumstances.

“With things slowly returning to normal we are launching a consultation so that the flexibility we are building into qualifications will future-proof them against any public health crisis.

“And we want employers, colleges and universities to have the confidence in those qualifications to allow students to move to the next stage of their lives.

“We look forward to feedback on our plans from students, parents and teachers to ensure we understand their needs, particularly those whose education has been more harshly affected by the pandemic.”

Government is already ‘way behind the curve’ with arrangements for exams in 2022, says NAHT

“This consultation is necessary but yet another demonstration that the government is way behind the curve when it comes to the impact of the pandemic on education.

“In reality, all of this should have been put to bed weeks, if not months, ago. We are only days away from the end of term. School leaders wanted decisions for adaptations and contingencies made before the summer break, with details before the start of term in September, not least because August will be a busy month supporting students with their results and working on reviews and appeals.

“Staff and students preparing for exams in 2022 have endured significant disruption to teaching and learning over the course of the last year. While we hope next academic year won’t see the same levels of disruption, learning time has been lost. Giving students what is effectively a broad revision list just a few weeks before exams begin will not ensure fairness for all students taking their exams next year. Such late information could serve to advantage those students who have not experienced so much disruption as opposed to supporting those students who have had most.”

Commenting on the decision not to consult on contingency plans until the Autumn, Mr Brook said:

“Delaying the decisions about contingency plans until later in the autumn term will feed uncertainty and stress for students and staff. They must be given some clarity about the “what ifs” in the year ahead. It is vital that the government learns from the late decisions and guidance this year which left school leaders and teachers with little more than half a term to implement the alternative awarding process.

“NAHT would like to see that school leaders and their teams are given the right information in time for the start of the autumn term. This will mean they can plan students’ teaching and learning over the time they have remaining, covering as much of the curriculum as possible, whilst also making sure that students are well prepared for their examinations.”

Plans for summer 2022 GCSE, AS and A level exams are expected to be confirmed early in the coming autumn term. Ofqual is also considering how best to grade qualifications in 2022 to be as fair as possible to that cohort, as well as to past and future students, and will announce a decision in autumn.

Responding to the new consultation on exams in 2022, Lee Elliot Major, Professor of Social Mobility at the University of Exeter, said:

“We must ensure that we pass the fairness test for all pupils – that means not only treating students consistently across different year groups but also pupils from different backgrounds. There is always a risk that any reforms will tilt the education playing field even further against disadvantaged pupils, many of whom have suffered extra learning loss during the pandemic.”

Commenting on proposals for exams and assessments in 2022 presented by the Department for Education and Ofqual ahead of consultation, Kevin Courtney, Joint General Secretary of the National Education Union, said:

“With grim predictability, the Government is launching a short consultation in the dead of summer on an absolutely vital issue – this time on exams for next summer. As we warned last week, this is already far too late. September 1st is the latest date by which we should be receiving all the necessary information about qualifications in 2022.

“This whole situation is highly disrespectful to school students, teachers and school leaders who have given so much this past year and who have only ever wanted clarity to carry out their job and their studies. This consultation is unlikely to provide definitive answers ahead of the new term starting in September. At best it will be a partial picture of arrangements.

“Last autumn the Government was in a long period of denial that a Plan B should even be required for 2021 examinations. This was incredibly unfair to students, who have been remarkably stoical in such difficult circumstances. Teachers were left to pick up the pieces, and they have handled the grading procedure foisted upon them admirably well. That this latest consultation does not consider contingency plans is alarming, and points to a Government addicted either to mistakes or u-turns. It is sometimes hard to tell which.”

“Time and again the Conservatives have delayed action on exams creating two years of chaos and uncertainty. Schools, colleges and pupils must know how they’ll be assessed by the return to school in September not weeks into the autumn term.

“The Conservatives’ proposals include nothing on levelling the playing field for pupils who’ve missed most school, while their “feeble” catch-up plan will leave 11 out of 12 school pupils without any support next year.

“Ministers have again demanded school and college staff to work into the holiday all while they’re managing the end of the school year and getting preparations in place to keep kids in school come September. Ministers cannot continue to pass the buck but must set out comprehensive plans which match Labour’s ambition for our children’s futures.” 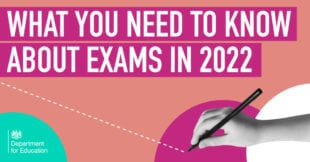 Students studying A levels, GCSEs and other technical and vocational qualifications are expected to sit exams next year, as the best and fairest way… 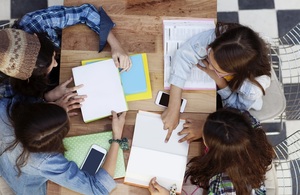 Exams expected to take place next year as Government and Ofqual launch consultations on arrangements to mitigate disruption to education. Exams next year are set… 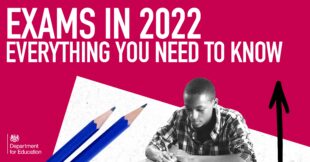 Next year, students will sit exams, but we recognise they have faced disruption over the last two years and we’ve taken measures to make sure…

@Ofqual is consulting on arrangements for non-exam assessment (NEA) and fieldwork requirements for some #GCSE, AS and #ALevel qualifications in 2022.  Ofqual has today (14… 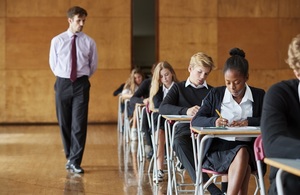 Students will sit GCSE, A and AS level exams next year with adaptations to recognise the disruption to their education. GCSE, AS and A level exams…