Staff and students from Gower College Swansea were delighted to support a range of Swansea Pride 2019 events.

For the Up Next with Pride showcase at the Princess Royal Theatre – which was organised by Jermin Productions – music students from the Llwyn y Bryn Campus took their place amongst singers, dancers, choirs and young performers to put on a show that has been described as an ‘explosion of courage, confidence and of course talent!’

Taking to the stage were Level 3 Music Performance and Production students Phoebe Morris and Dylan Hodgon, who performed together, and Olivia Kerr.

This event was followed a few days later by Swansea Pride which took place at the Swansea National Waterfront Museum. Phoebe returned to sing and play the ukulele. Also on the bill was Level 3 Art and Design student Ellie Jordan Probert, who will be starting a music course later this year.

In addition to the performances, the College organised stalls where visitors could enjoy competitions and quizzes with themes as diverse as LGBT rights and influential people, view student artwork, learn more about college courses and even enjoy a spot of pampering, with massage treatments being provided by staff from the Broadway Centre.

ESOL students displayed an interactive mosaic featuring doves, to symbolise peace, and rainbow colours to emphasise the pride theme. Visitors to the event were invited to contribute towards this artwork and the finished piece will go on proud display at the Llwyn y Bryn Campus.

The mosaic project was led by ESOL students Nese and Kadir who worked as artists in their native Turkey and who now volunteer for local art projects, including working at the Glynn Vivian.

“The students really enjoyed taking part in these Pride events,” says the College’s Equality and Diversity Officer, Jane John. “For the music students, having the opportunity to perform on a big stage before a large audience was a real confidence boost while our ESOL students loved being able to communicate and interact with lots of different people at the community event.” 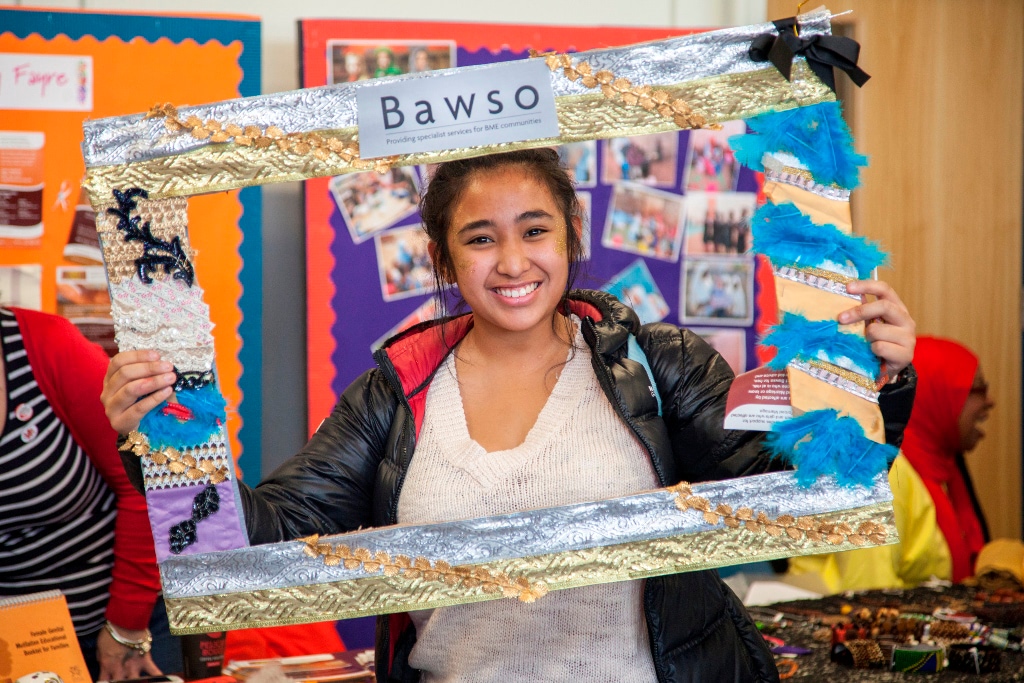 Leeds College of Building is, for the first time ever, taking part in Leeds Pride on Sunday (5th August 2018). Leeds Pride is Yorkshire’s biggest celebration…