A new state of the art institute for antimicrobial research is to open at Oxford University thanks to a £100 million donation from Ineos.

Ineos, one of the world’s largest manufacturing companies, and the University of Oxford are launching a new world-leading institute to combat the growing global issue of antimicrobial resistance (AMR), which currently causes an estimated 1.5 million excess deaths each year- and could cause over 10m deaths per year by 2050. Predicted to also create a global economic toll of $100 trillion by mid-century, it is arguably the greatest economic and healthcare challenge facing the world post-Covid.

It is bacterial resistance, caused by overuse and misuse of antibiotics, which arguably poses the broadest threat to global populations. The world is fast running out of effective antibiotics as bacteria evolve to develop resistance to our taken-for-granted treatments. Without urgent collaborative action to prevent common microbes becoming multi-drug resistant (commonly known as ‘superbugs’), we could return to a world where taken-for-granted treatments such as chemotherapy and hip replacements could become too risky, childbirth becomes extremely dangerous, and even a basic scratch could kill.

The rapid progression of antibacterial resistance is a natural process, exacerbated by significant overuse and misuse of antibiotics not only in human populations but especially in agriculture. Meanwhile, the field of new drug discovery has attracted insufficient scientific interest and funding in recent decades meaning no new antibiotics have been successfully developed since the 1980s.

The new Ineos Oxford Institute will benefit from the internationally outstanding facilities and expertise of Oxford University, which played the key role in the origin of antibiotics following Fleming and Oxford’s discovery and development of penicillin in the last century. The IOI will create collaborative and cross-disciplinary links across the sciences, and will be based between two sites in Oxford, linking the University’s Department of Chemistry with the new Life & Mind Building, which is currently under construction.

Prolonging the benefits of antibiotics the world has known since the 1940s requires both urgent new drug development, and better management of the existing drugs we have. It is natural that the microbes causing illness and infection gradually evolve to evade our treatments, but misuse of antibiotics – for instance overusing them and not finishing a full prescribed course – drastically accelerates this process.

The majority of global antibiotic consumption by volume is used for agriculture, and drug use in animals is contributing significantly to their lessening effectiveness in humans. The Ineos Oxford Institute for AMR Research (IOI) will therefore focus on designing novel antimicrobials just for animals, as well as exploring new human drugs.

Alongside its drug discovery work, the IOI intends to partner with other global leaders in the field of Antimicrobial Resistance (AMR) to raise awareness and promote responsible use of antimicrobial drugs. The academic team will contribute to research on the type and extent of drug resistant microbes across the world, and critically, will seek to attract and train the brightest minds in science to tackle this ‘silent pandemic’.

Professor Louise Richardson, Vice Chancellor of the University of Oxford, said: “This is a wonderfully generous gift for which we are very grateful. It is another example of a powerful partnership between public and private institutions to address global problems. Oxford paid a crucial role in the early development of antibiotics so it is only appropriate that we take the lead is developing a solution to antimicrobial resistance.”

Sir Jim Ratcliffe, Chairman of Ineos said: “Innovative collaboration between industry, academia and government is now crucial to fight against AMR. Ineos in its 22 years has become the largest private company in the UK, delivering large-scale, ambitious technical projects with impactful results. We are excited to partner with one of the world’s leading research universities to accelerate progress in tackling this urgent global challenge.”

Surgeon David Sweetnam, Adviser to the Ineos Oxford Institute, said: “The growing menace of bacterial resistance to antibiotics is one of the most underreported issues of our time. All modern surgery and cancer treatments rely on the use of effective antibiotics. To lose this precious gift will signal a return to a pre-antibiotic era. We now have a very narrow window of opportunity in which to change course and prevent the unthinkable from becoming the inevitable.

“If there is any positive lesson to be taken from the devastation of the Covid-19 pandemic, we’ve clearly seen that the only way out of such infectious disease crises is through brilliant scientific groundwork, laid well in advance. The vaccines which have been created in record time and which offer light at the end of the tunnel were developed using research conducted long before Covid-19 struck. It’s clear that we must be looking right now for new antibiotics with the same urgency as we have been for vaccines. The consequence of continued complacency doesn’t bear thinking about.”

Lord O’Neill of Gatley, the economist who led the Cameron government’s game-changing report on AMR in 2016, and co-authored the book Superbugs: An Arms Race against Bacteria, said: “The combination of Ineos’ success in the chemicals industry tied with the great minds of Oxford University and collaborating scientists is extremely promising. This new Institute, applying a model of reinvesting profit to drive further progress in the field, could be the breakthrough moment the global AMR challenge needs.”

The donation by Ineos is one of the largest ever given to a UK University, and builds on the company’s long commitment to philanthropy in the public health space. Ineos has already funded initiatives such as The Daily Mile, which aims to get the world’s children active every day, to tackle obesity and improve health and wellbeing.

Amprologix Limited, a University of Plymouth spinout company, has won a £1.2 million contract from the Department for Health and Social Care to accelerate development… 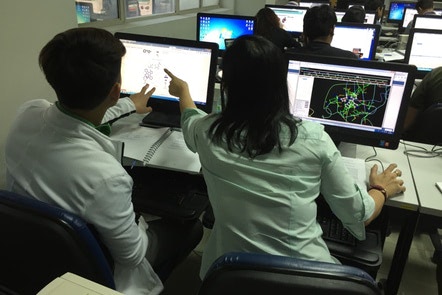 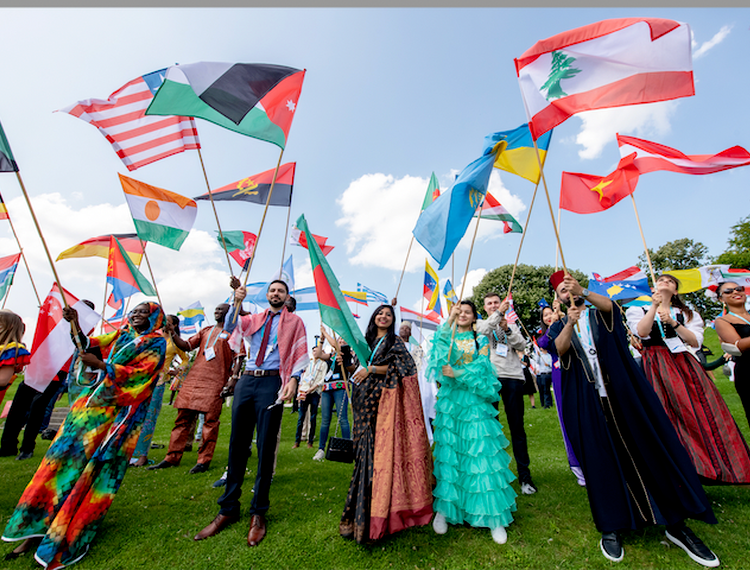 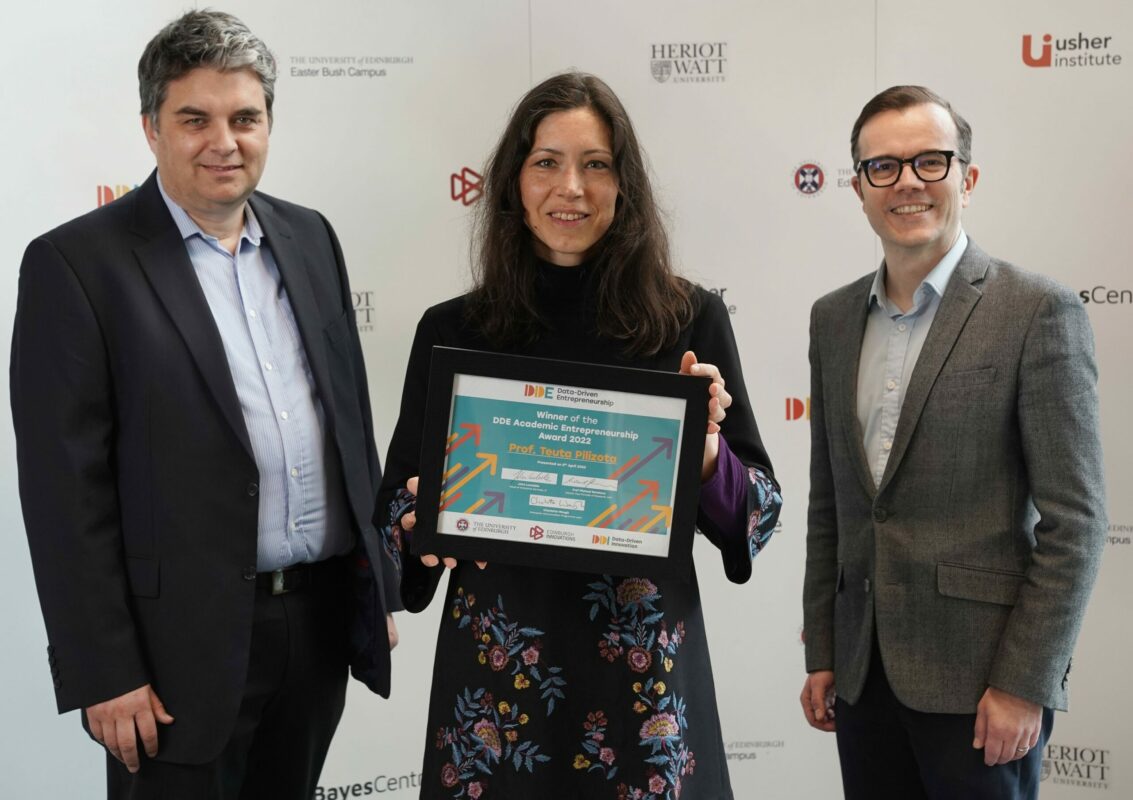 Professor Teuta Pilizota, a Professor of Biophysics and a leading bacterial researcher at the University of Edinburgh, has been named as winner of this year’s… 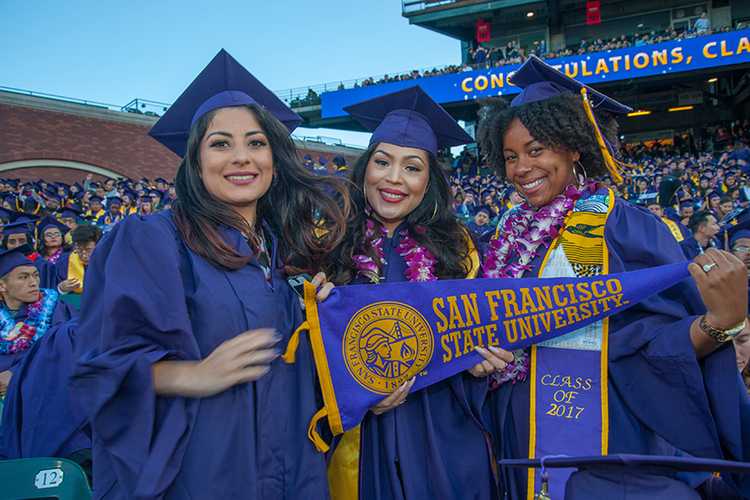