The National Children’s Bureau is delighted that Jane Lees, the long-standing Chair of the Sex Education Forum, has been made Officer of the Order of the British Empire (OBE) in the Queen’s birthday honours list, recognising her services to education.

“This is a wonderful moment to receive this honour. Not only does it mark my 50th year working in the field of sex and relationships education (RSE) but it is also the point at which every child’s and young person’s right to quality RSE has not only been recognised but becomes the law.

I am proud to accept this honour in recognition of the unswerving commitment of the Sex Education Forum at the National Children’s Bureau and its partners, members and friends in achieving this important and timely outcome. It has been my privilege and pleasure to work with Anna Martinez, Lucy Emmerson and my wonderful colleagues on the Advisory Group.”

“Jane has worked tirelessly for good quality RSE to become a reality, providing leadership as Chair of the Sex Education Forum from 2008 – 2018.  She is driven entirely by the desire to improve education for the benefit of children and young people. She has volunteered countless hours, Chairing over 60 meetings, speaking with MPs and Ministers and responding to every twist and turn in the campaign, until finally statutory RSE was secured in legislation. Jane supported colleagues through thick and thin. Her first question is always ‘how can I help?’”

Many people in the 30 year history of the Sex Education Forum have played a significant role in Jane’s career in personal, social and health education (PSHE) and especially relationships and sex education.

After training as a teacher with Dorothy Dallas at King’s College, London, where her interest in sex education in schools was sparked, she became a member of the Inner London Education Authority’s Health, Education and Personal Development (HEPD) team, led by Win Hart & Maureen Walshe. Here she worked with Lorna Scott, now a Life Member of the Sex Education Forum.

An important chapter followed, working with Sue Plant, who founded NSCoPSE – the National PSE Association – to advocate for the role personal, social and health education should play in the new National Curriculum. NSCoPSE was one of the first organisations to join the Sex Education Forum.

Jane, like Sue, has served as Chair of both organisations. Together Jane and Sue were commissioned by the Gulbenkian Foundation, supported by the DfEE, to carry out a wide ranging consultation and analysis to develop a national framework for PSHE which culminated in the inclusion of PSHE in Curriculum 2000. ‘PASSPORT – a framework for personal and social development’ was published in 2000 and is still available today.

Tessa Jowell & Estelle Morris, Ministers in the Departments of Health and Education respectively, appointed Jane to the National Advisory Group on PSHE in Schools, to advise on the place of PSHE, including RSE, in the curriculum. The success of this group in achieving consensus amongst a very wide ranging set of interests led to a strong case for PSHE.

The Sex Education Forum provided Jane with significant opportunities to develop and influence the progress of RSE. Anne Weyman – Founder and President of the Sex Education Forum at the National Children’s Bureau, then at the helm of the fpa – commissioned Jane to develop a proposal, consultation and trial for a national training programme for PSHE and RSE teachers based on the PASSPORT framework. She later became an fpa associate trainer and helped to develop and lead accredited training in RSE for teachers and other professionals.

The Sex Education Forum has been a major advocate for quality RSE for all children and young people. As Chair of SEF, Jane has worked closely with Anna Martinez and Lucy Emmerson who have strived tirelessly over the last decade to make RSE a statutory part of every child’s education, which was achieved in SEF’s 30th anniversary year.

Highlights are SEF’s 21st birthday conference at which Minister Jim Knight announced the intention to make PSHE, including RSE, statutory in schools, briefing Ministers and the Education Select Committee on the realities of RSE in primary schools, hearing the compelling arguments of young people for RSE in Westminster on SEF’s 30th birthday and working in partnership with Anna, Lucy and members of the SEF’s Advisory Group. 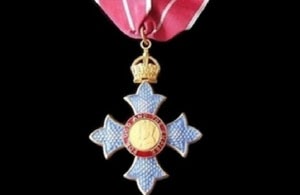 96 people have been recognised for their outstanding contributions to education, children’s services, and improving social mobility in the Queen’s Birthday Honours List 2019. The…

Excellence in Relationships and Sex Education recognised in first RSE Teaching Awards A secondary school teacher from London, described as having “bottomless reserves of energy…