Only 16% of outstanding primary and secondary schools inspected this academic year retained their top Ofsted rating, according to official statistics published today (13 Jun).

By law, outstanding primary and secondary schools are exempt from routine inspection, but they can be inspected if Ofsted has concerns about their performance.

Read the official stats on state-funded schools as at 31 March 2019.

This academic year, Ofsted has substantially increased the number of exempt outstanding schools it inspects. This is partly due to concerns about some schools having been exempt for so long that parents can no longer have confidence in their outstanding grade.

Between 1 September 2018 and 31 March 2019, Ofsted inspected 305 outstanding primary and secondary schools. This represents 8% of all exempt schools and is more than double the number inspected during the 2017 to 2018 academic year.

Given most of these inspections are carried out because the school’s performance appears to be declining, it is not surprising for a large proportion to lose the top grading. The schools inspected are not typical of all outstanding schools.

Today’s figures are not particularly surprising, but they should still set alarm bells ringing.

The fact that outstanding schools are largely exempt from inspection leaves us with real gaps in our knowledge about the quality of education and safeguarding in these schools. Some of them have not been inspected for over a decade, and when our inspectors go back in, they sometimes find standards have significantly declined.

We believe most schools judged outstanding are still doing outstanding work. But for the outstanding grade to be properly meaningful and a genuine beacon of excellence, the exemption should be lifted and Ofsted resourced to routinely inspect these schools.

These statistics show just how much better our school system is compared to nine years ago, with 85% of pupils attending schools rated good or outstanding compared to 66% in 2010.

Better schools, together with our new world-class curriculum and qualifications, and reforms to technical education including improved apprenticeships, mean that parents and pupils can feel more confident than ever that education standards in this country are meeting their expectations.

Ofsted’s 2018 Annual Report identified 490 ‘stuck schools’, which had been judged inadequate, satisfactory or requires improvement at every inspection received between 1 September 2005 and 31 August 2018. Since 1 September 2018, Ofsted has inspected over 100 of these schools, and so far more than half have improved to good or outstanding. However, today’s statistics show that around 430 schools are currently stuck in a cycle of poor outcomes. 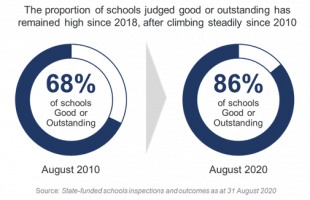 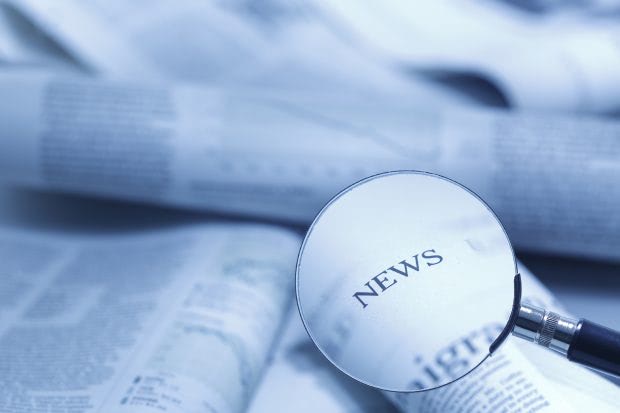 Following Boris Johnson’s announcement on Ofsted on Ofsted, analysis by the Liberal Democrats reveals that the Conservatives have let over 1,000 schools go unvisited by inspectors for over… 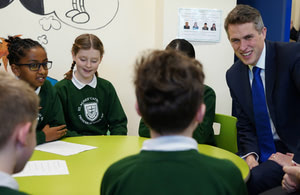 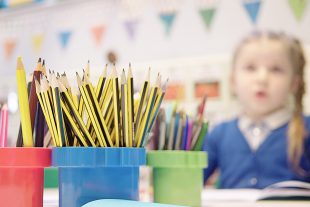 This week the Department confirmed our intention that outstanding schools and colleges should no longer be exempt from routine Ofsted inspection. We have published…