Home » Exclusive to FE News » What impacts the T Level? Reflecting on two year of the future of technical education

Having been involved from an early stage with the T Level (including being an unwitting participant in the original research programme and DfE development meetings), I took some time out to analyse what’s worked, what hasn’t and why we need to consider all elements of our tripartite education system equally.

The future of technical education is here!

Or has it already happened? Whilst quintessentially English traits include fish and chips, queuing, and cups of tea, it could be argued that ‘vocational reform’ could be added to that same list. Continued tinkering with voc/tech education – chasing the proverbial pot of ‘gold standard’ – has been a mainstay of education for decades, but if we listen to the politicians calling for this reform every half dozen years or so, they have been yet to bear fruit. There are some substantial merits to the T Level, the latest of these initiatives to ‘fix’ the problem with technical education, but the wider ambition to roll them out across every curriculum area is not the right decision for a number of reasons. Parking the Applied General debate for a minute, which is substantial and extremely important and deserves far more space than we have here, there are some downsides to the qualification that need to be considered and hopefully resolved before we applaud the latest attempt at vocational/technical/academic parity.

The T Level carries a substantial commitment to an industrial placement, some 315 hours or approximately nine weeks. The intention is laudable, I am an advocate of direct experience within industry, I believe it to be the only way in many cases we can better prepare young people for the world of work. But with the placement come limitations. Running an engineering T Level in some parts of the country as an example presents the problem of a shortage of placements due to a lack of that particular industry in that particular area. This immediately limits choice. I doubt that every young person who lives in Cornwall wants a career in the tourist industry, but a college may have to decide to adopt a programme relevant to the dominant regional industry in their locale. The next Brunel may well end up an excellent commis chef, but miss their greater vocation as the founder of the next paradigmatic shift in the battle to reverse climate change. This may be reaching a bit for the point of editorial impact, but colleges will face this choice as they change qualifications before the increasingly looming deadline, limiting the ambition of students in more remote areas, and removing the option to take up a skill within higher education at an institution many miles away.

This is still an uncertainty. In some existing vocational areas, such as building services, the current vocational offer from City and Guilds and EAL (with a bit of work) neatly map into the apprenticeship standard, whereas the T Level does not. The strength of the current vocational offer in electrical installation for example is in reducing a near four-year apprenticeship to the completion of an onsite portfolio, which itself can be completed while learning the on-the-job almost full time. Notionally, the T Level means the same student will have to complete the whole apprenticeship standard qualification from scratch – a potential six-year programme! Another controversial T Level is the onsite construction. In this instance, it is at a higher level than some of the apprenticeship standards, yet a competent bricklayer at level two will already be site-ready, experienced and eager to earn, while the far more qualified level three T Level counterpart will have spent a fraction of the time on site and be some distance from the apprentice in terms of skills development and employer-worth. Furthermore, the science and principles content of the onsite construction T Level suggest a programme more suited to progression to higher education than progression to a construction site, and proves challenging for students who often hail from a non-academic progression route.

Some T Levels are so specialist, they will likely never gain much traction unless a large, multinational happens to sit within their locale and recruit 20 individuals per year, every year. One example is the ‘Hazardous Materials Analysis and Surveying’ pathway in the Construction T Level. The content is so specialist, there would have to be an extremely compelling reason to run it, most likely a guarantee of sustained employment opportunities at the end of the programme. The young person would be much better suited to a surveying or civil engineering pathway and specialise later in their learning, or even their increasingly long working life. Some digital pathways find the same fate. In an area where it is generally accepted that higher level and graduate programmes lead into employment, specialising early can be a hindrance to development, such as the data analyst pathway. A 16 year-old may end up within this area of digital skills at some point in their career, but it is unlikely someone leaves school with this intention or ambition. A wider introduction into coding would provide a more solid foundation for progression and development and give the student more flexibility of choice as they progress through education.

As qualifications begin to switch off, and recent news suggests that this may well be as brutal as originally suggested, the replacement T Levels will switch on. Parking some of the previous challenges, a college that previously recruited 100 plus students on a current level three qualification will still have those 100 students from a demand perspective, yet will now need 100 placements for the students to be successful. Now multiply this by the college six miles east, and the one eight miles north and so on, and you’ve a herculean task in finding relevant placements to satisfy demand, from both students and industry.

It’s not all bad!

Far from it. Some areas find themselves well-suited to the T Level and are, in my opinion, an improvement over some of the staid delivery models linked to the QCF/RQF/NQF framework when delivered well. The Construction Surveying and Planning pathway has, perhaps predictably, proved popular with most colleges, students and employers. It introduces employers earlier to potential future workforce and enables the development of individuals in what is a difficult area to persuade good young people to enter. I’ve seen some excellent examples personally of how this works, and we are celebrating some real success with students progressing into employment and onto degree apprenticeships, and can only recommend it for this reason – with the caveat that you can source the right industrial placements.

In fact, technical education is good!

The notion that the T Level is a flagship qualification is also a breath of fresh air. Too long vocational and technical pathways have been eschewed in favour of the broad academic approach, yet there are some amazing opportunities that some very clever young people are missing out on – some valued and well-paid careers that they can tap into. The raising of the profile of these careers is long overdue. For too long have we valued as a country the grammar/A Level route as the aspiration, while for over a hundred years international competitors have changed their culture to not only accept that other routes are valuable, but positively embraced within their educational structure. We vociferously cling to the academic option being the best route for the ‘clever’ kids; almost like we’re withholding the secret that technical careers can lead into innovative, challenging and highly rewarding careers, and no one actually wants to admit it.

There is no one size, no panacea, no single solution. Everyone is welcome!

Finally, we need to briefly discuss vocational, technical and academic education. We need to talk of them as if they all have a place in the scheme of things. That one is not better than the other, that it is ok that they are different. I do not believe that vocational qualifications have to become more academic to be better and vice versa. I think it is absolutely fine for some qualifications to be very practical in nature and others to be academic – this is not a crime or even a problem we should perpetually seek to resolve, just a cultural acceptance that all can exist side-by-side. Educational history and snobbery have created this divide, but the future is yet written. If we can accept the premise that societal equality and acceptance can be extended to qualifications too, then perhaps we can be part of educational history ourselves. 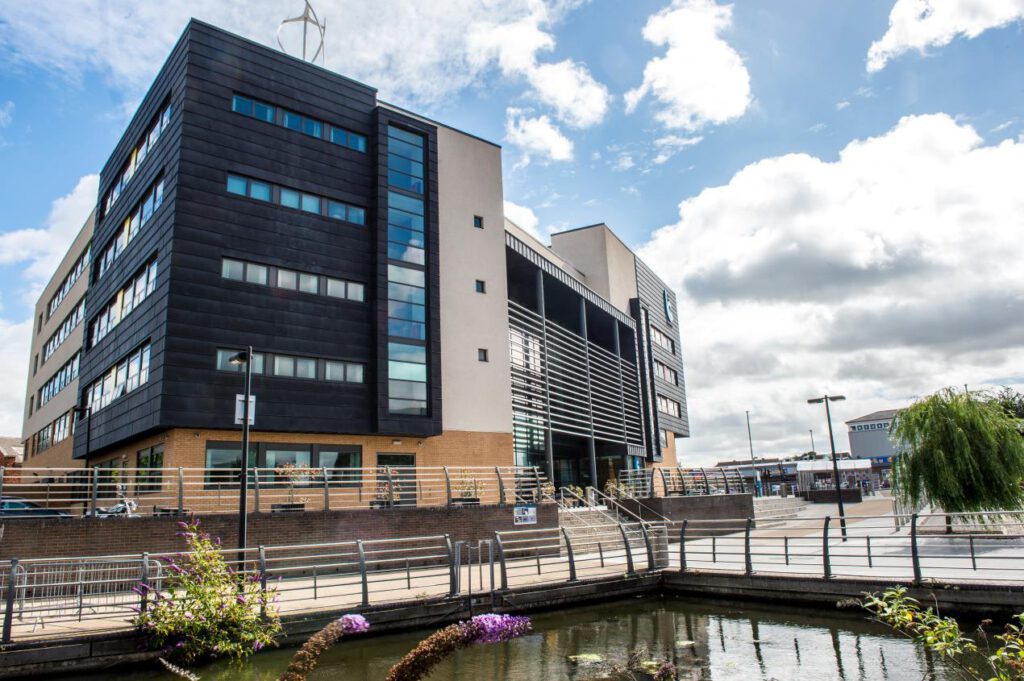 Leicester College (@LeicesterColl) will offer a new range of technical-focused T Level courses, starting in autumn 2021. Designed by employers with The Institute for Apprenticeships and…

The Department for Education has announced that thousands of vocational courses could be dropped from post-16 league tables as part of reforms to raise education standards.…

At City & Guilds, we have just completed a major consultation exercise talking to employers, education providers and young people about our refreshed City &…

Earlier this month, Matthew Hancock and Michael Gove took a step towards raising the status of vocational courses in England with the launch of the… 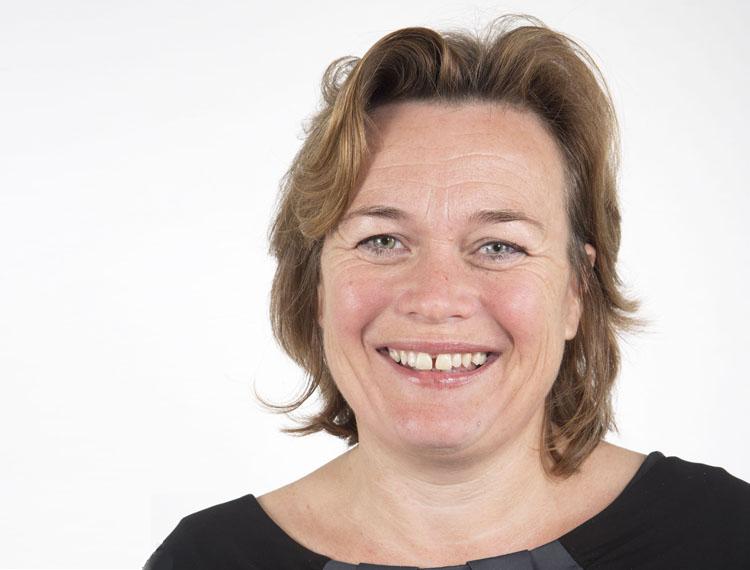 So the Sainsbury Review and the Government’s response, the Skills Plan, is finally out. It’s clearly a good thing that professional and technical education has… 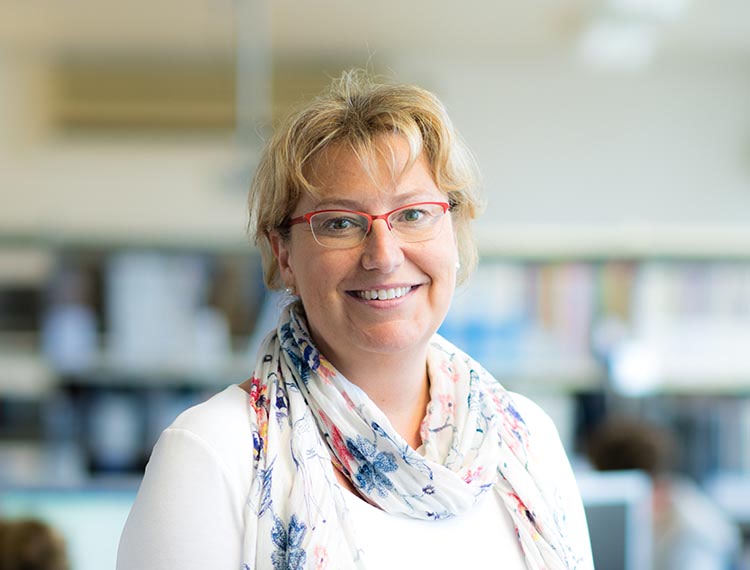 Since T Levels were announced, I saw a great opportunity for Strode College to capitalise on its already outstanding Academic and Vocational curriculum; and bring…